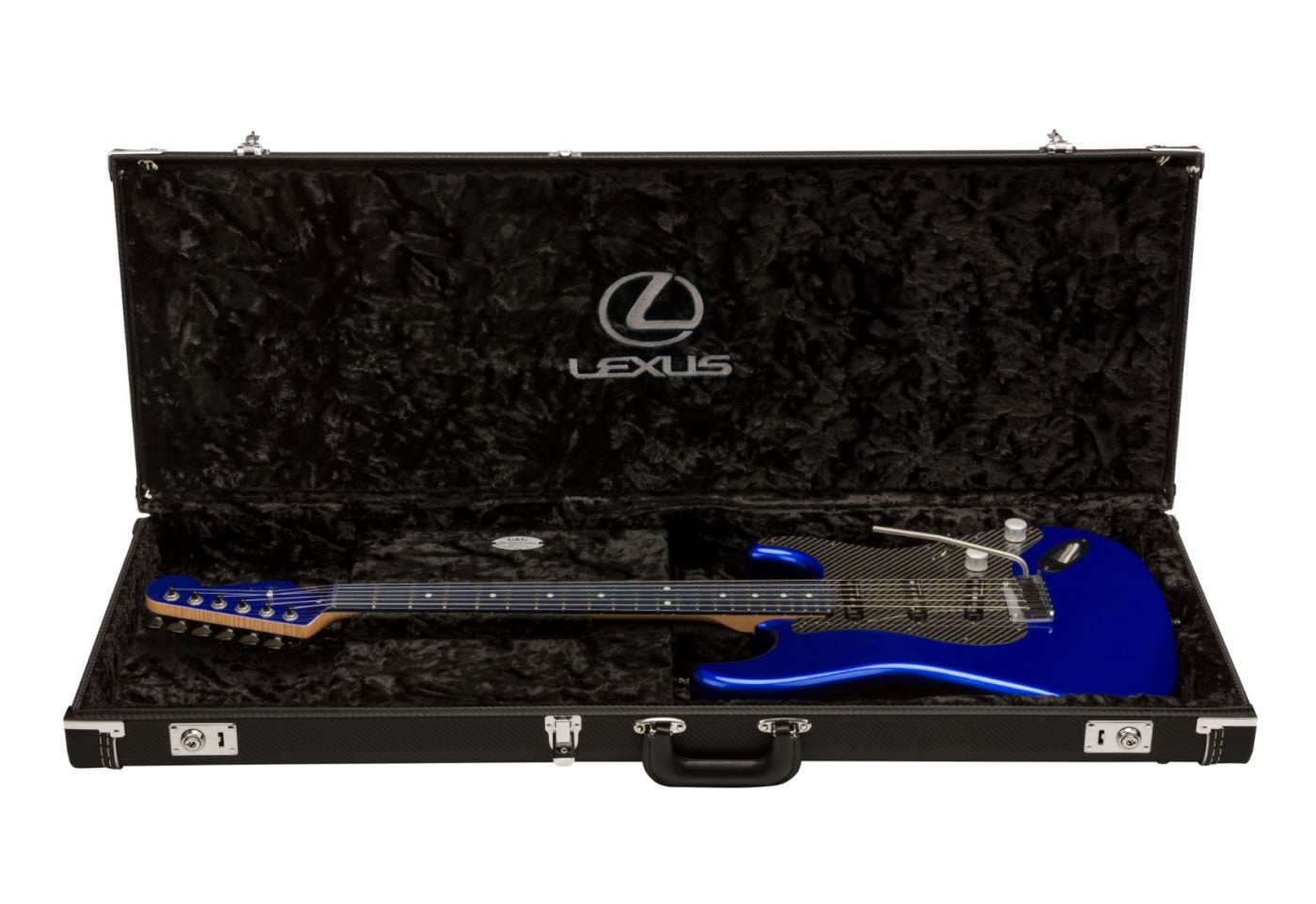 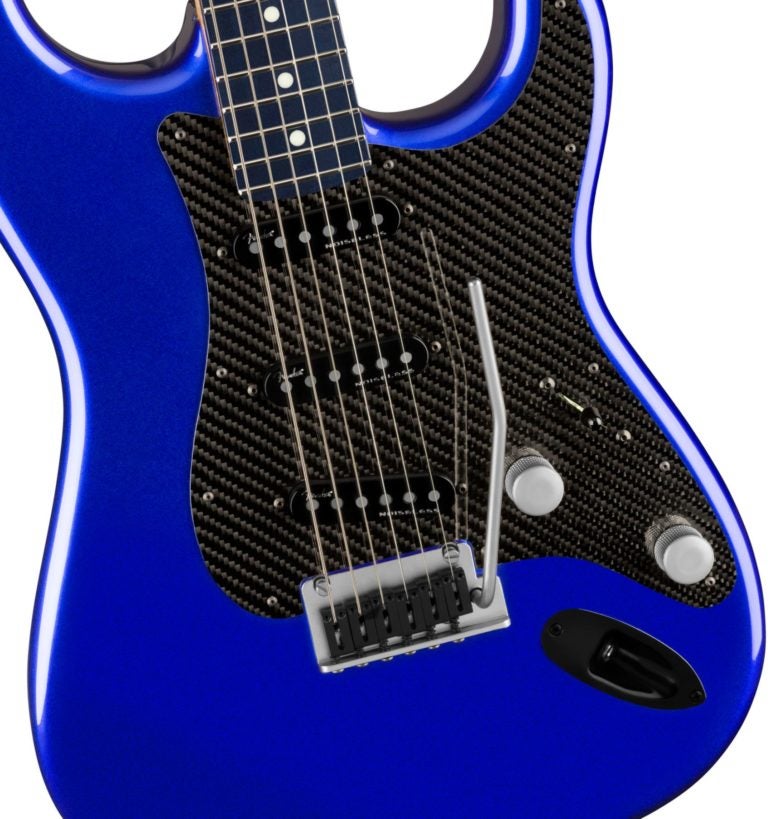 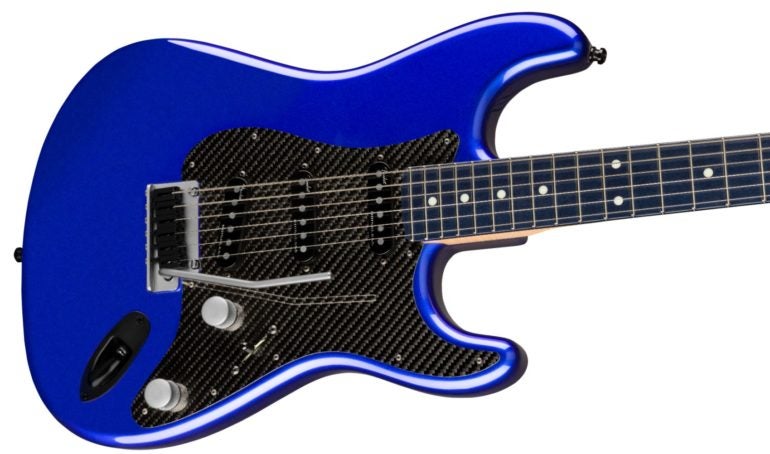 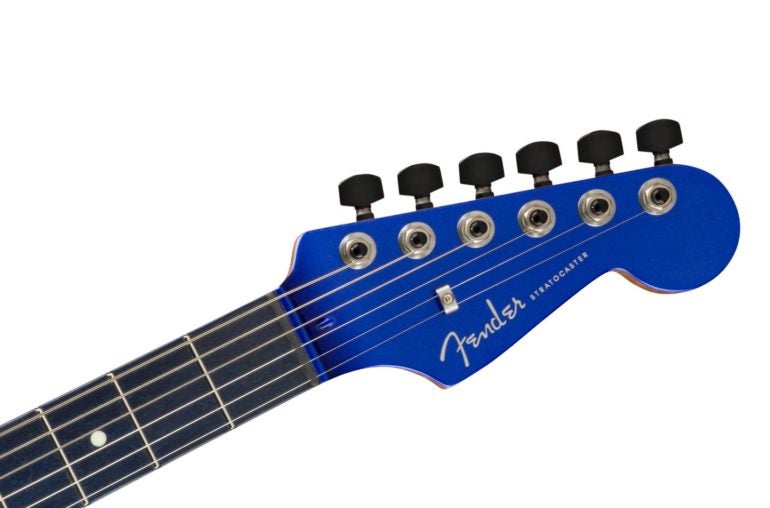 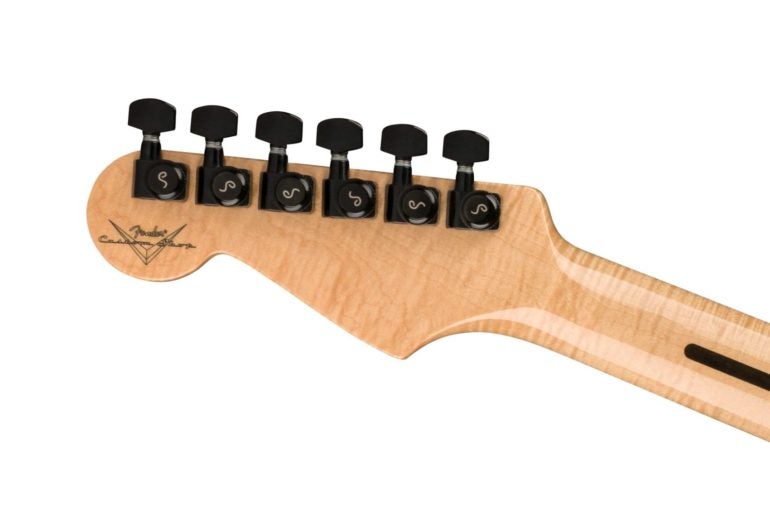 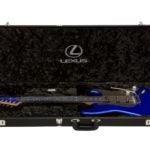 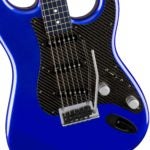 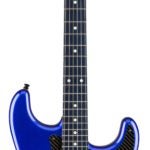 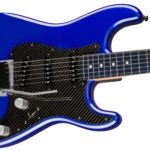 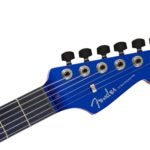 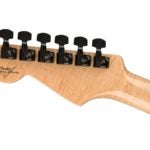 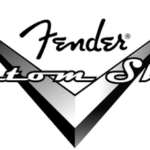 Out of The Blue

True story: When I was living in Arizona, I used to drive by this real estate office on the way to get groceries for mom and dad. One day, a brand new Lexus LC was parked out front. It was painted this shiny blue color that was striking from 100 yards away. I literally said, out loud to myself, “Man, that would make a great color for a guitar.” No foollin!

And here we are, four or five years later, and Lexus has partnered with Leo’s shop to do just that.

Blue Is Your Color

Technically speaking, the shade of blue on this Lexus Strat is called an “omnidirectional Structural Blue finish.” It looks sort of like a Hot Wheels car or like a deep tint over a chrome base. It looks good on luxury performance cars, but it really looks fantastic on this Strat. Originally inspired by the Morpho butterfly, the color works in a spectral range from light metallic blue to deep midnight blue.

It’s the paint used on the Lexus LC 500 Inspiration Series coupe and convertible, and, get this: the paint does not contain any blue material. It only looks blue because of the interference of light. Layers of colorless materials come together to generate the blue color, hence the name “structural.” Pretty cool, huh?

Custom machined and brushed aluminum knobs match the Lexus Mark Levinson sound system. However, only two, rather than the traditional three, are used: One volume and one tone. It looks like it has the traditional pickup selector switch – hey, good enough for Jimi, good enough for everyone else. According to Lexus, the fasteners on the pickguard are black button head machine screws that help create a “clean automotive appearance.”

At the same time, the pickups are Fender’s latest version of Noiseless Single Coils. The face of the headstock is finished in Structural Blue with a chrome Fender logo.

Naturally, the case is custom too, wrapped in carbon fiber textured vinyl, with black leather ends and the Lexus logo embroidered inside the lid. The case inside is lined with crushed black velvet.

No word on price (probably high), but Fender did say to contact your local dealer if you’re interested. Which means these guys are (probably) not sold out yet.