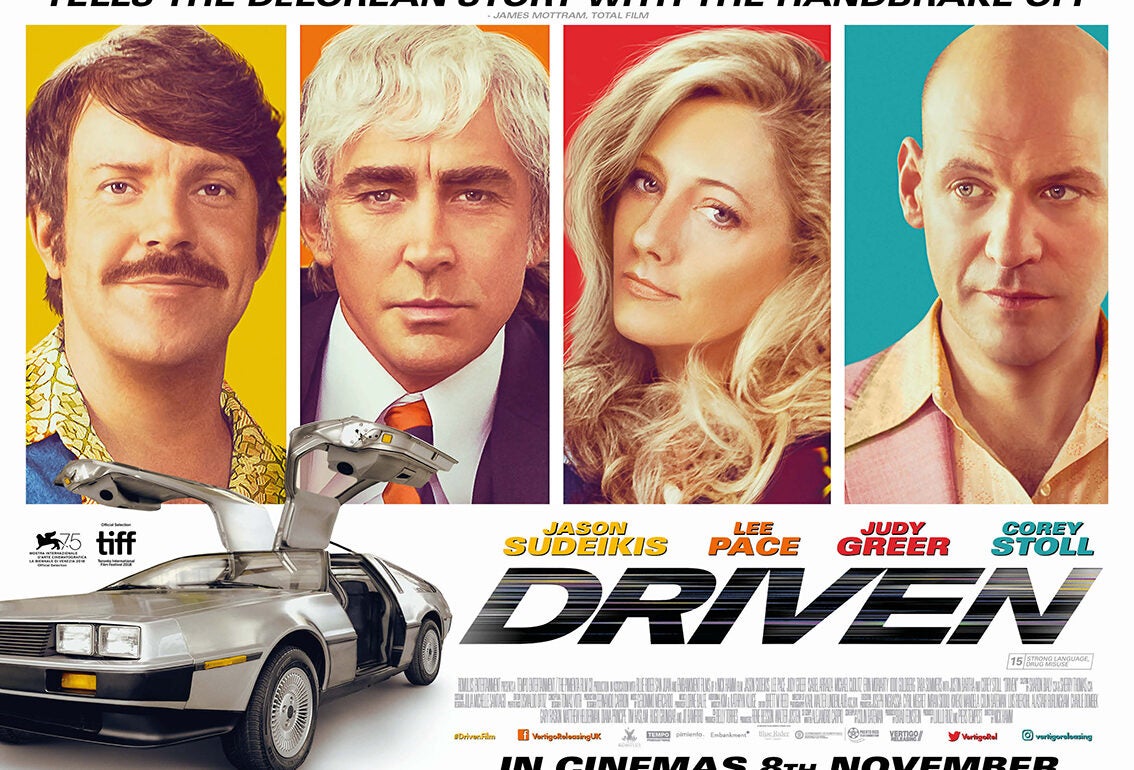 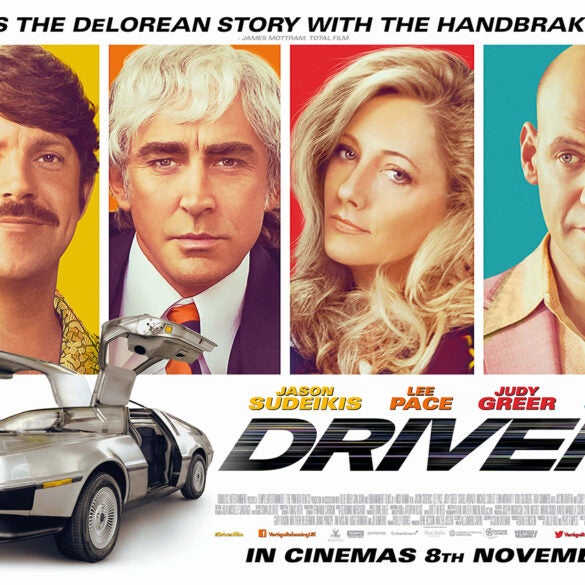 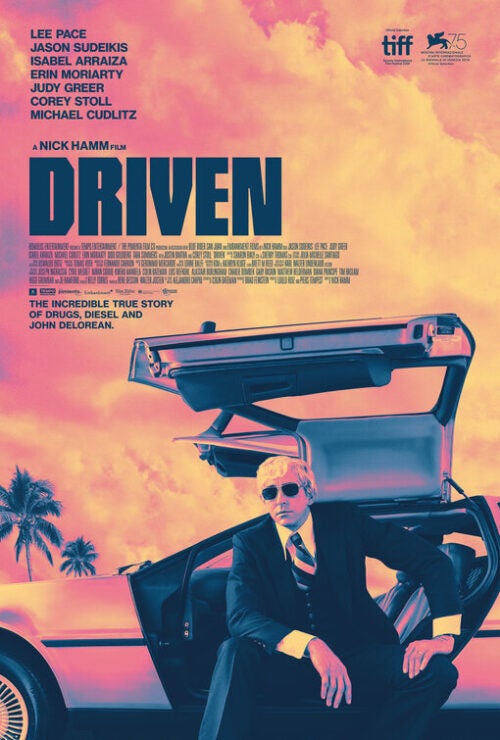 I vividly recall the entirety of the DeLorean saga. Thanks to the legendary Pontiac GTO, true gearheads have known DeLorean’s name since the 1960s. Yet those same gearheads were shaking their heads in the early 80s when the whole DeLorean Motor Cars (DMC) saga started.

Burn Out & Fade Away

It was like fireworks on July 4th or the Hindenburg over New Jersey. DeLorean’s unicorn company stylishly arced into the air, sparks flew, then BOOM! And the smoking crater was big enough to be seen from space! It was beautiful and brief and has been dissected to death by automotive experts and analysts ever since (and really, DMC’s death was being dissected before it even came apart).

Although the “facts” (such as they are) around DeLorean’s life are pretty well known, Driven, a 2018 film directed by Nick Hamm, starring Jason Sudeikis, Judy Greer, and Lee Pace as John Z. DeLorean himself, is a strangely on-the-mark movie that hits the nail right on the head.

There’s a line uttered by Sudeikis, playing real-life FBI informant Jim Hoffman, that echoes what I said to myself in 1982 when the words “DeLorean” and “cocaine” were coupled all over every available media outlet: “Who the hell is stupid enough to try and fund his car company with coke!?”

That was the heart of it, the nut, as some would say. That DMC was doomed was obvious. It started okay, but pretty soon, anyone could see it was starting to get all wobbly. People began asking questions and raising concerns. John Z. tried his best, but all that seemed to happen was more questions, more concerns.

Why DMC ultimately failed was the issue with literally every gearhead and enthusiast I knew at the time. “Who the hell is stupid enough to try and fund his car company with coke!?” And that’s what Hamm and his cast in Driven try to answer: Why did DeLorean choose to go this route?

At the start of the movie, DMC is already well underway when Hoffman enters the scene. From there, it’s a short and sleazy slide into DeLorean’s world coming apart, with all the highs and lows we “know” about DMC. Perhaps this is what Driven does best as the movie makes no bones about saying, more or less, “Hey pal, don’t quote us on ANY of this stuff, okay?”

The events we gearheads do know that happened transpire in Driven with a cringe-worthy momentum of a school bus sliding down an icy mountain road – like the Johnny Carson scene, for instance.

Nearly everyone heard about this because it involved Johnny Carson, the undisputed king of late-night talk shows and an early investor in DMC. The DeLoreans (John and his (literal) super-model wife, Cristina Ferrare) are throwing a lavish, blowout party in their swanky, Boogie Nights-era pad to celebrate the latest DMC milestone. The whole gang is there – investors, company guys, annoying hanger-on types, and all their wives, mistresses, and drug dealers – jammin’ to some disco hit like it’s Studio 54 when Carson, out of the blue, is on the phone.

DeLorean gleefully holds the phone up to the DJ’s mic only to hear Johnny Carson say, “Listen to me DeLorean you sonofabitch, you sold me a lemon! The first DeLorean I had died within a week and the second one died while I was trying to drive it off the lot! I’m gonna sue you, you sonofabitch, I’m gonna-“

“Ah-ha-ha! Thanks for calling Johnny!” said DeLorean, trying his best to gloss over yet another big problem, but by then it was way too late. The party (figuratively anyway) was over. From there, it became the cascade failure that is now legendary in the automotive industry: John Z. DeLorean lives among the immortals now, up there, beside Bricklin and Kaiser and Tucker.

To us gearheads and enthusiasts, it’s a well-known story, but one worth revisiting if you’re looking for a good car movie to watch. Sudeikis works as Hoffman, the desperate drug-runner now on a Federal leash in the War on Drugs. Pace actually pulls off a believable DeLorean. He has that same strange charisma that the real DeLorean had, like a light you can’t help but look at, one that he can switch on any time he chooses.

And Judy Greer is great as the “I’m trying to be supportive here” wife of Sudeikis. In many ways, she’s this generation’s version of Teri Garr, the attractive gal from the neighborhood beset by interpersonal problems, not a supermodel posing as a scientist. Cory Stoll does okay as Special Agent Benedict Tisa, but I liked his work better in things like House of Cards and First Man. In Driven he’s cast right (government types are easy for him) but his performance seems distracted.

Sleeping Off The Hangover

The production design in Driven has a vague, washed-out feeling, from the color palette to the lens choice. The bright California sun washes everything out like a harsh, glaring hangover. And maybe that production design is director Hamm’s best contribution to all of this. Maybe the best lens to look back on the entire DeLorean Motor Cars saga is through the painful brightness of the next day’s hangover.

Who the hell is stupid enough to try and fund his car company with coke!? Hamm and his all-star cast answer that as best can be answered, given DeLorean’s legacy. Driven is available to stream on Amazon Prime and is currently free (as of this writing) with a seven-day trial of STARZ.