A Sicilian Dream Movie Review: The Targa Florio Like You’ve Never Seen It 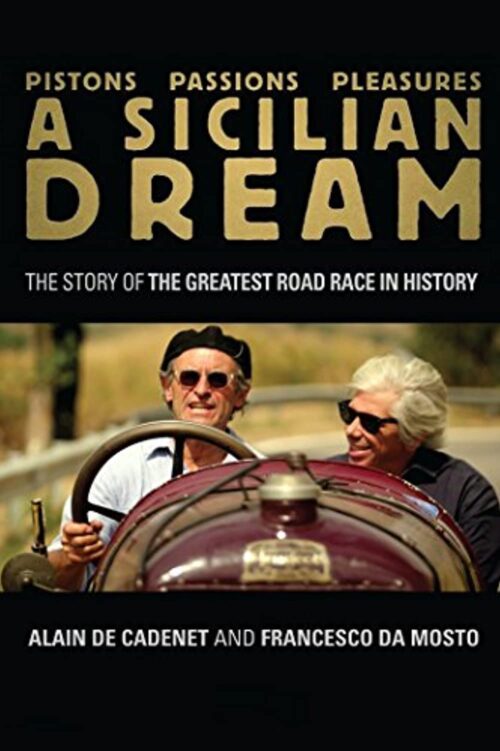 By pure accident, I came across this little gem of a movie. I was looking to watch something on Amazon Prime, and in the middle of the suggested documentaries, I noticed the title A Sicilian Dream. It’s a well-made documentary about the history of the Targa Florio. In so many words, the film explores the backstory of the grueling Targa Florio race that wound its way through the sublime Sicilian landscape for nearly 70 years.

The Targa Florio is, in the grand scheme of car racing, the second most crazy open road race ever. The only thing that could (possibly) top it would be the Mille Miglia, which would mainly be down to how long the MM was. Basically, the Targa Florio was an open road race run across country roads in Sicily from 1906 to 1977. Yes, it was multiple laps around a “closed” off course, but each lap could be up to 67 miles around.

Memorize the track? Impossible. Co-drivers with pace notes? None of that, thank you. Crazed fans lining the course? By the tens of thousands! And apart from a 3.7-mile straight that bordered the Mediterranean, the Targa was all corners. A detailed course map looked like a pile of string. You never got a break. A driver was always on the gas or brakes or barely holding on through corner after corner, all bordered by rock walls and clinging to cliffs and farm fields. A mistake or mechanical failure on The Targa was always a bad scene.

What A Sicilian Dream Does Well

The film doesn’t do any deep dives into the minutia of the race. They don’t talk about classes or car technology or anything like that. That’s rather unfortunate because I’ve noticed that we gearheads have a love of esoteric suspension engineering and whatnot. However, what A Sicilian Dream does have is tons of atmosphere and background flavor.

For a start, it’s superbly photographed. Sicily is beautiful. It’s a lot like central California, only with much better food. Low rolling hills bounded by mountains on one side and the sea on the other. Pastoral farm fields and scatterings of oak trees and really friggin’ hot. As a matter of fact, it was so hot during the running of the Targa that Porsche came up with a clever solution to keep their drivers cool: cut off the central roof section. That body style has been known as a “Targa” ever since, and we have this very race to thank for it.

The movie isn’t a “by-the-numbers” chronological history of the event; it’s more a 70-minute montage of the sights, sounds, and impressions. They talk with competitors, like Alain de Cadenet, who nearly bought it while running there in the early 70s, officials, and most delightful of all, locals. Little old ladies who saw Tazio Nuvolari race before the war and old guys who snuck around as kids. And most impressive of all, they talk to the man himself: Nino Vaccarella. That’s right, il preside volante!

If anybody could reasonably lay claim to being the best at the Targa Florio, it was Vaccarella. A native of Palermo, he was a school teacher during the week and raced as a side gig. Oh sure, he went on to win Le Mans and drive semi-pro, but the roads of the Targa were his the way the basketball courts were Michael Jordan’s. He loved to race, and he loved this race.

He always drove Italian cars – Ferraris, big bore Alfas, anything red – and he seemingly had complete knowledge of the course. I remember an interview where he said, “Oh yeah, just outside of Collesano. I always slow down through there. There’s a sheep farmer I knew, and he wasn’t good about keeping them in their pen, so . . . “

Should You Watch A Sicilian Dream?

If there’s anything “wrong” about A Sicilian Dream it’s that it sometimes comes across like those ads for colleges you see during football games; lots of highlights and beauty shots. A Sicilian Dream flits around from topic to topic, but, honestly, I didn’t really care all that much. It reminds you of a time that once was. A time when a local government would have no problem with letting ambitious gearheads run around their countryside with little (i.e., no) concern for safety.

The Targa Florio is gone now, along with the other two that made up the holy trinity of open road races, The Mille Miglia and The Carrera Panamericana. We’re collectively poorer for that, but if you want a pretty good look at what it was like, grab a snack and throw on A Sicilian Dream.