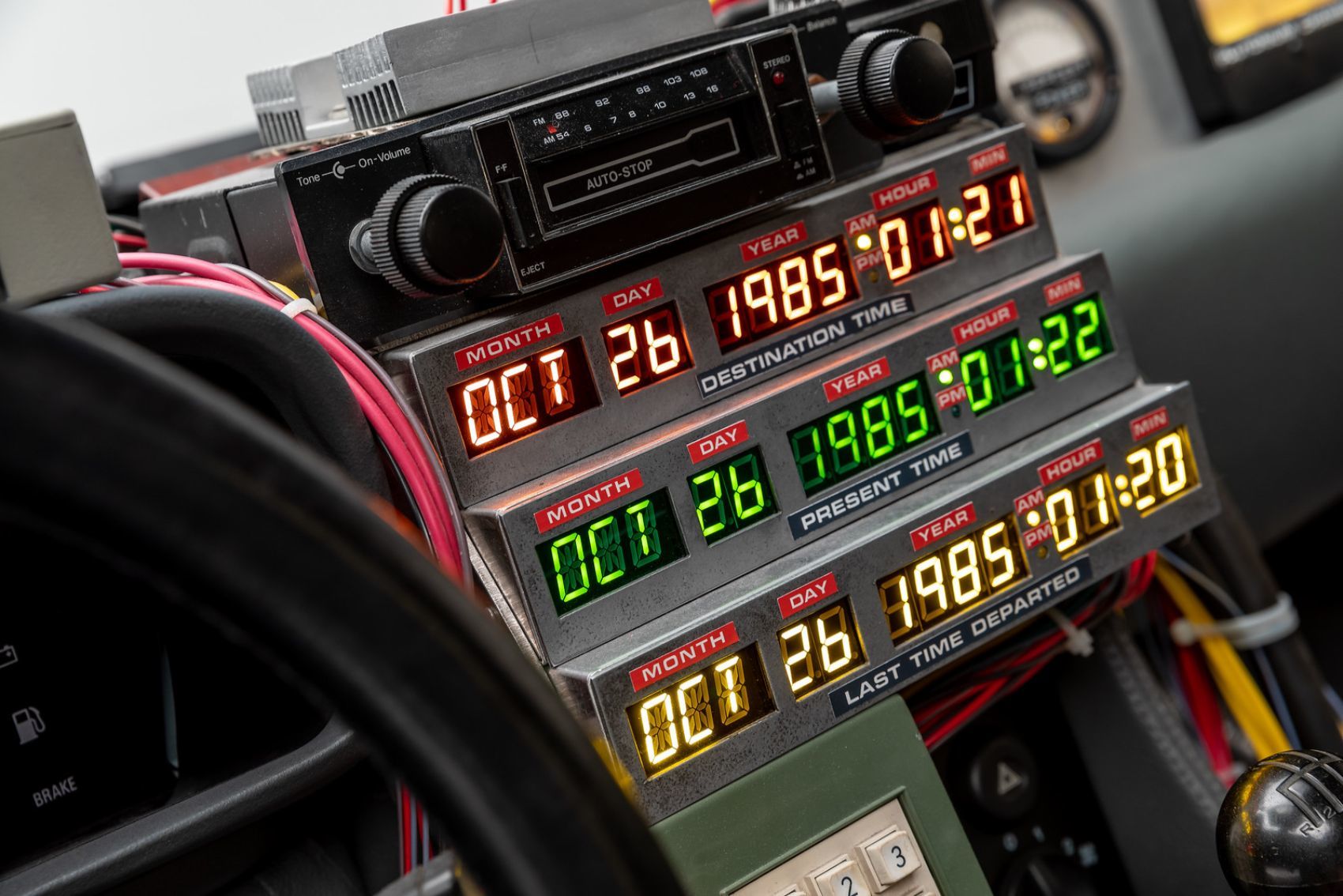 Hollywood Dream Machines Exhibit Takes Us Into The Action!

The Petersen Automotive Museum in Los Angeles had the very bright idea of partnering with the Comic-Con Museum for an exhibit titled Hollywood Dream Machines: Vehicles of Science Fiction and Fantasy. Sounds like a match made in heaven: the pulp pages of comic books, the studios of Hollywood, and every gearhead who likes to see cool cars in movies. The main set piece of Hollywood Dream Machines will be the “deconstructed” Audi R8 V10 driven by Tony Stark in Avengers: Age of Ultron and Captain America: Civil War.

And if I have to tell you who Tony Stark is, then I don’t know how I can help you son.

Anyway, this R8 was inspired by Swiss artist Fabian Oefner. It’s one of those “exploded diagrams in real life” sort of deals with the vehicle’s many components suspended in midair on wires. Standing next to it will be one of the iconic red and gold Iron Man costumes worn by Robert Downey Jr.’s character.

Conveniently enough, this is the 10th anniversary of the collaboration between Audi and Marvel Studios. Or, to put it another way, this is the 10th anniversary of Audi paying huge amounts of money to a Hollywood studio for a fantastic product placement opportunity. For example, The Petersen Automotive Museum points out that Tony Stark has driven multiple generations of the R8 in the Marvel Cinematic Universe, including the Audi e-tron GT concept in Avengers: Endgame.

They didn’t say that Tony also drove an NSX in one of the movies, but hey, why quibble?

“We’re proud to highlight Audi and Marvel Studios’ connection in ’Hollywood Dream Machines,’” said Terry L. Karges, Petersen Automotive Museum Executive Director. “This exhibit is a love letter to the science fiction and fantasy vehicles that spark our imaginations and the amazing technology of both Audi and Iron Man are a perfect example of this.”

Also falling into the “conveniently enough” category is how it’s also the anniversary of Audi having the good sense to raid the corporate parts bin and drop a Lamborghini V10 engine into the R8. Genius move, just brilliant. Audi is taking this opportunity to mark that occasion with the limited edition R8 V10 Decennium. They’re making 222 of the beasts with the last 50 being available in the United States. I guess making only 10 would have been too little?

From Spooner To Hasselhoff

And yes, in case you are worried, there is more than just Iron Man’s toys. The exhibition features over 40 Hollywood vehicles, props, and costumes. For example, the Audi RSQ concept, driven by Will Smith in i, Robot; the Warthog from Halo; the DeLorean time machine from Back to the Future; Black Beauty from The Green Hornet; the Weyland Industries RT01 Group Transport from Prometheus; Bumblebee from the Transformers series, and the GM Ultralight from Demolition Man.

And yes, a Batmobile, although sadly, it’s one of the Tim Burton versions.

Also on display will be the Lexus from Black Panther, which seems like a normal Lexus only all scratched up. Somehow they got Rick Deckard’s Sedan from Blade Runner, which is rarely seen in public. Frankenstein’s Shala Vette from Death Race 2000 will be there – I didn’t even realize that thing was a Vette! The not driven (but definitely seen) Ford Flathead Roadster from Tony Stark’s garage is there, as is a Ford Explorer from Jurassic Park. They actually sold these Jurassic Park ones to the public. There was one in the parking lot of the Ralph’s all the time when I lived in Arizona.

And last but not least, the Pontiac Firebird from Knight Rider will be on display. It’s not confirmed but entirely possible there is a scent of Hasselhoff still left in it.

The Hollywood Dream Machines exhibit will have something for everyone; from greasy finger-nailed gearheads who love looking at the inner workings of machinery, to movie buffs who also happen to like cars. The exhibit is now open to the public and runs through March 15th of next year.

The Peterson Automotive Museum is located at 6060 Wilshire Boulevard (at Fairfax) in Los Angeles, California. Admission prices are $16 for adults, $14 for seniors, and $11 for children ages 4 to 17. Active military with ID, personal care attendants, and children under four are admitted for free. So go. Buy a ticket. Take the ride. Take some pictures. Have a good time! 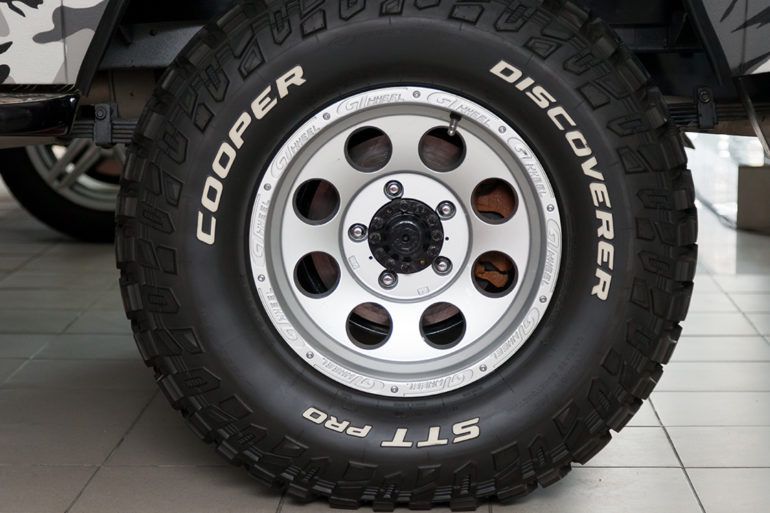 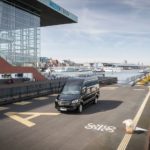 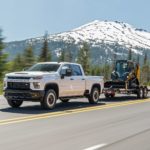 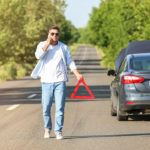 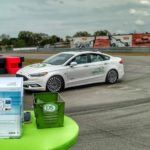 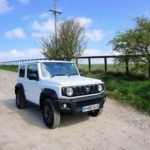 Next
Letter From The UK: More Fun Than It Should Be 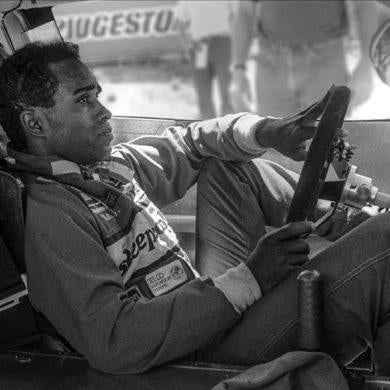 This Documentary About Willy T. Ribbs is What We Need to See Right Now