Meet the 2020 Ford Super Duty. It’s bigger. It’s badder. And in one striking way, it’s a little familiar. Glancing over the specs, one item will stand out immediately for Ford fans: that is the return of the 7.3. Although this new version differs from the near-immortal Navistar T444E engine of the 90s and early 2000s in one way: it’s a gasoline plant.

I know. I got excited too, thinking when Ford said 7.3 they meant diesel. But we’ll take the nostalgia factor.

When the 6.7-liter Power Stroke debuted in 2010, along with the TorqShift Transmission, Ford promoted them as being “designed in-house.” The move, at that time, was a departure from the partnership with Navistar International Corporation. That association supplied Ford’s diesel trucks over the years with the 7.3 (1994-2003), the 6.0 (2003-2007), and the 6.4 (2008-2010). However, it was only the 7.3 Power Stroke that really held a solid reputation in terms of reliability and performance.

Some owners today recall the 6.0 Power Stroke with little fondness, being sidelined with numerous service bulletins and unforeseen mechanical problems. Head gasket failures, sensor malfunctions, and EGR clogging were among the primary issues. According to Power Stroke Hub, the 6.0 can be transformed into a reliable machine, but the replacement parts do not come cheap. In Ford truck circles, this is often called “bulletproofing” and according to many who have gone through this process, it works. The result, I am told, is a radically different 6.0 Power Stroke.

The 6.4 was admittedly better and the duel sequential turbo design (not duplicated in Ford’s HD trucks since) held promise. Power Stroke Hub notes that although the 6.4 was a solid performer, the emission controls significantly hindered fuel economy.

Two Sides To Every Story

When the 6.4 hit the market, I was a sales consultant at Sioux Falls Ford in Sioux Falls, South Dakota. Looking back, it was slightly easier to sell a 6.7 Super Duty than a 6.4. Any used 6.0 Super Duty on our lot didn’t have a chance. They would sit, sometimes for weeks on end, without an interested buyer. The word on the street, to us at the dealership, was Ford is doing everything internally since the 6.0 and 6.4 had not yielded the intended results.

The trouble was, at least back then, everything was quite subjective. Some customers raved about the performance of the 6.0 Power Stroke. Others cursed its very existence. There was even debate among the sales consultants, with some saying the 7.3 should have never left; others maintaining it was outdated and time to move on. Only when the 6.7 hit the lot were the majority of comments positive all around. And while the 7.3 returns to the Super Duty family for 2020, the 6.7 still holds the top position as the veritable king of Ford’s big truck mountain.

The third-generation 6.7-liter Power Stroke features a new 36,000-psi fuel injection system. According to Ford, the injectors spray up to eight times per stroke to control noise levels and optimize combustion. Other high points include a redesign of the electronically-actuated, variable-geometry turbocharger. The goal is to improve pumping efficiency and throttle response.

Structurally speaking, Ford’s engineers took a run at the cylinder head, block, connecting rods, and bearings; each one beefed up to handle higher cylinder pressures and greater outputs. Elsewhere under the hood, the new steel pistons support higher firing pressures. Ford says this will warrant greater horsepower and torque outputs.

Ford has yet to release any concrete power figures. Towing and payload specs are also forthcoming. However, with things like this, Ford tends to promise the stars with enough to pull the moon. The current 6.7 Power Stroke comes in at 450 horsepower (2,800 rpm) and 935 lb-ft. of torque (1,800 rpm). It’s a safe bet Ford will try and top that, especially as Ram and General Motors move new HD trucks onto the scene.

A new 10-speed TorqShift automatic is available across the lineup for 2020. Key features include power takeoff for industrial applications and selectable drive modes. Despite the additional gears (the current TorqShift is a six-speed), the new transmission fits in the same space and weighs only 3.5 lbs. more.

“With the addition of the 7.3-liter V8, upgrades to our 6.7-liter, and the debut of an all-new 10-speed transmission, we are delivering the strongest, most capable Super Duty powertrain offerings yet,” said Mike Pruitt, Ford Super Duty Chief Engineer.

Ford is known for its “torture tests,” a series of brutal, intense, and even ludicrous outings that subject a truck to its absolute limit. One of the more famous torture tests from 2011 pits EcoBoost Engine 448AA against Homestead-Miami Speedway. The F-150 EcoBoost runs for 24 hours around the track, only stopping for fuel and tire changes, but towing at max capacity. In typical torture test fashion, the standards now increase and the 2020 Ford Super Duty will arrive as the most tested truck in the company’s history.

Prior to its debut, the 2017 Super Duty logged more than 12 million test miles. The 2020 Super Duty covered that, plus another seven million. Torture tests this time included running the truck around the clock under the most extreme loads, and through all kinds of environmental conditions using dynos, test tracks, and public roads. In fact, because the durability test tracks are so unforgiving and jarring, robot drivers are used in favor of humans.

“Super Duty customers have demanding and diverse needs – from towing heavy trailers to repairing critical infrastructure,” explained Kumar Galhotra, Ford president, North America. “Productivity is their lifeblood and their truck is their biggest tool. Our new Super Duty has more power, more payload and towing capability and better technology than ever to help these customers build a better world.”

Interior Treatments: Limited Gets An Overhaul

At the top of the mountain, the Limited receives a thorough makeover. Onyx Argento wood, decorative stitching, brushed aluminum, and a coarse ash wood in black cover the inside. A soft Miko headliner spans the interior to complement the Ebony and Highland Tan colors; even the floor mats receive a Super Duty logo.

On the tech front, the 2020 Ford Super Duty provides a 4G LTE modem with Wi-Fi access for up to 10 devices, along with wireless charging and USB-C ports.

Expect the 2020 Ford Super Duty this fall with pricing due closer to that time. Ford’s F-Series Super Duty is built at the Kentucky Truck Plant in Louisville and Ohio Assembly Plant in Avon Lake. 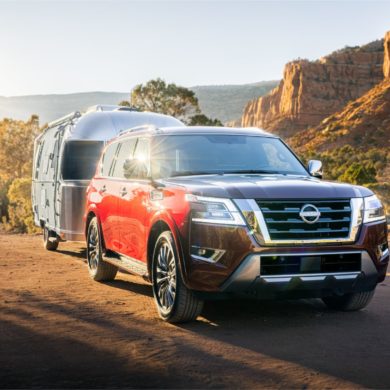