Put A Sock In It! New Tech Makes The 2020 Ford Explorer More Quiet

Ford says the 2020 Explorer is the quietest one yet, calling it “Librarian-Approved.” That’s funny, clever, and probably true. It also shows just how far away from their truck-based ancestors modern SUVs are. It also points out what a modern SUV is expected to be: Civilized and Refined.

Ford goes so far as to say that today’s SUV buyers are “seeking peace behind the wheel.”

If Looks Could Kill

I’ve got a friend who is a librarian. She’s right out of central casting too. Red hair, glasses, cute, learned, smart, and capable of deploying, as she calls it, “My Mean Librarian Stare.” It’s that look we have all been on the receiving end of. It’s that look that says, “You best be shutting up right now, or your life will get a lot worse.” Somehow, Ford has figured out how to copy that with an SUV’s interior and, let’s just admit it’s a good thing.

Nobody likes a noisy car, not for very long anyway, and by dealing with this, Ford obliquely points to an interesting trend. SUVs and trucks are becoming evermore luxurious and refined. Here at Automoblog, we puzzle over this. Did you know pickup trucks are nudging up against six-figure prices? For a truck! Sure, SUVs are different, but Ford going more the direction of luxury and quiet just reinforces the trend.

Ford goes about this by combining a bunch of old school methods with newer technology. And it’s pretty cool.

Ford’s first trick is to keep the noise makers as far removed from your ears as acoustically possible. Ford calls it “keeping the ‘vroom’ out of the room.” To this end, the Explorer has a new, dual-wall dashboard that aims to acoustically separate the cabin from vibrations that we perceive as humming sensations. The engine bay is divided from the passenger cabin by two walls, one of which is made of sheet-molded composite material, with an air gap. That dual-wall dashboard significantly reduces the sound that comes from a running engine.

The windshield and front side windows play a role in reducing cabin noise too. Rather than the single layer of glass, these guys get two, with the layers separated by a sheet of clear plastic. This acts as an acoustical buffer between the interior and the outside world. Think of them as a glass version of the multiple layers of the dual-wall dashboard.

Parker Lewis, Ford noise, vibration and harshness engineering manager, says keeping noise out of the cabin with the dual-wall dashboard is similar to the technology used to keep drinks hot or cold.

Active Noise Control: How It Works

Now comes the cool tech solution to the noise puzzle, or the “secret silencer” of Active Noise Control. At the moment it’s only available on the Limited Hybrid, but you know it’ll make it into other models eventually.

Microphones throughout the cabin pick up unwanted frequencies; bangs, thumps, hisses and such that cause noisy interior conditions. The system cancels them out by producing sound waves that are 180 degrees out of phase with the originals. By pumping those new sounds through the audio system speakers, Presto-change-o! All the bad noises are gone.

You combine all this together: the dual-wall dashboard, acoustic glass, and the Active Noise Control and you get an Explorer with a noticeably quieter interior. Or, one librarians will supposedly love.

“Think of it as thunder on a stormy night,” Lewis added. “These sound waves bounce around us in a contained area, then the vehicle’s audio system speakers negate the thunder, essentially silencing the environment.”

Related: An in-depth look at the 2020 Ford Explorer.

Ford’s new driving dynamics lab is where all this magic happens prior to production. The lab allows engineers to test vehicles in different settings, including a semi-anechoic chamber with powered rollers to simulate road noise, and in temperatures ranging from minus 40 degrees to 140 degrees Fahrenheit. The temperature swing causes squeaks and rattles as the materials expand and shrink within the vehicle.

Ford’s engineers can then monitor these changes and noises as they happen.

Different parts of the vehicle are tested in the lab’s anechoic chamber and reverberation suite. The first provides an area free of echo and reverberation and creates a pure working environment for sound. The second helps determine how noise permeates through full components or materials, like sheet metal.

The 2020 Explorer is the first to emerge from Ford’s new driving dynamics lab.

The 2020 Ford Explorer is manufactured in The City of The Big Shoulders at the Chicago Assembly Plant. Expect it at Ford dealers this summer.

On This Page
If Looks Could Kill
Pin Drop
Active Noise Control: How It Works
Mission Control
Manufacturing & Availability 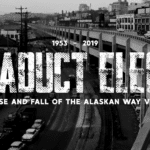 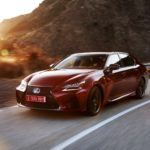 Next
2019 Lexus GS F Review: The Lion of The Lexus Den