And wait, what’s this about a new transmission? Now you tell us!?

Look, I’m not much of a track guy. I like going to tracks – love going to tracks, actually – but getting out there in my own car and running around is not my bag, man. There’s a bunch of reasons for this. It’s expensive, for one thing. You burn up tons of cash on stuff you wouldn’t normally think of as “consumables.” Stuff like tires and brake pads and discs. At some tracks, you can go through a full set of all three in a weekend!

I’m a writer man, I don’t make that much money. But really, it’s because I’m slow. Sure, it’s fun to think I’m the next best thing to Mario Andretti, but that stopwatch don’t lie.

But lots of you do like to spend time at tracks. I get the appeal: Go fast, no tickets. Hard to argue with that. So say you’re a track geek with a bent for American iron. Corvette? Sure, plenty of those at a track. But want something different? Might I suggest a 2019 Chevy Camaro ZL1 1LE?

The party piece of the 2019 Chevy Camaro ZL1 1LE is, of all things, its new automatic transmission. Specifically an available 10-speed automatic. Now, before you go all ape-like here, let me just say that I am (partially) with you. Automatic transmissions are frightening compromises that, near as I can tell, run on black magic and sorcery. Plus, they are not nearly as fun as a manual.

That said, however, there’s a whole new breed of auto-boxes out there that are surprisingly good, and seemingly able to split the difference between a manual and an old-style auto.

These new-gen automatics first started appearing in trucks. All your purist thoughts about “manual trannies until I die!” fly out the window when dealing with trucks. You ever try to up-shift a truck hauling tons up a grade? I have, and it is an embarrassing grinding of gears and near (if not outright) stalling. The tech that made trucks more usable made its way into more plebeian transportation and, from there, into the hands of grease-stained gearheads in performance departments.

This leads us to the 2019 Chevy Camaro ZL1 1LE and its 10-speed transmission.

The Power of Ten

Can you dig that? Ten speeds! Imagine what it must be like hauling down a long straight, then stomping on the brakes and whangin’ that downshift paddle five, six, seven times before hitting the apex. Oh, automatics are slower, you say? Ha! says Camaro Chief Engineer Mark Dickens.

“This transmission is optimized for speed. With unique Track Mode calibrations and 10 gears, you are always in the perfect gear when rolling on or off the throttle,” he explained. “You may not be a professional race car driver, but now you can shift like one.”

Remember what I said about stopwatches not lying? The new Camaro ZL1 1LE, with the 10-speed auto, clocks in at more than half a second faster than the standard manual on the 2.9-mile Milford Road Course at GM’s proving grounds. Half a second. I know racers that would give up a finger to get that much. GM goes on, saying on longer tracks their new ten speed will get you even more. On tracks like the Nürburgring, you can expect to trim off several seconds versus the older six-speed manual ZL1 1LE.

That’s oddly specific, no? Why it’s almost like Chevy ran both versions back-to-back at The ‘Ring and are subtly letting us know or something.

Related: From CTS to ZL1: The story of GM’s fastest track car.

To better suit the ZL1 1LE’s performance package upgrade, special calibrations were made to the transmission, electronic limited-slip differential, and traction system. The “Multimatic Dynamic Suspension Spool Valve” shocks have been tuned to better handle the weight transfers that result from the faster shifts.

Chevy even added a new transmission oil pan and an additional cooling duct for the steering gear.

The forged aluminum wheels are an inch wider but an inch smaller in diameter. The new summer-only Goodyear Eagle F1 Supercar 3R tires deliver lateral grip of 1.10g. Overall, the whole car is lighter. The wheels and dampers, thinner rear glass, and a fixed-back rear seat all help drop more than 50 lbs. from the curb weight versus the standard ZL1 Coupe.

All of these performance goodies are motivated by a 650 horsepower, supercharged LT4 engine and controlled (thankfully) by big Brembo brakes.

Not Too Spartan After All

There are other modern niceties for your money, like dual-zone automatic climate control, heated and ventilated front seats, and a Bose premium audio system. Just to let you know that this is not some track-only stripper. 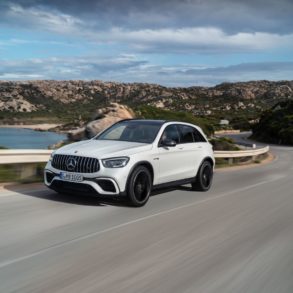