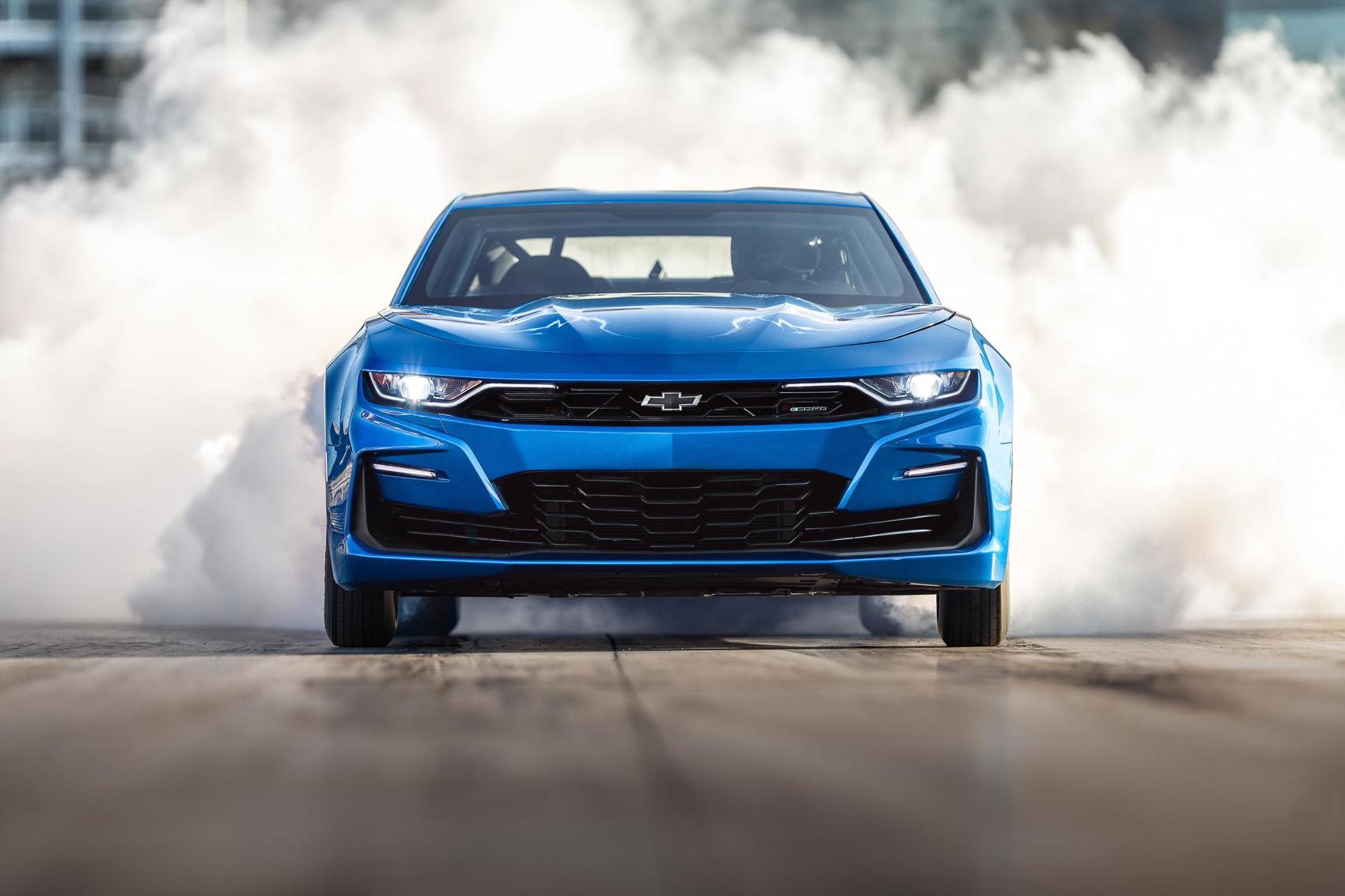 Okay, calm down, calm down. This won’t be easy for some to hear. Chevrolet has just rolled out a COPO Camaro drag car, and it’s an electric vehicle. I know, I know. Given the torque produced by electric motors, this could be one of the coolest moves ever.

Or, it could be a sign of the apocalypse. “And the angel opened the fourth seal, and an electric Camaro came fourth.” I’m pretty sure I read that in the tech sheet about the head bolt torque specs on SBC crate engines. Either way, you know there’s some die-hard Camaro people taking this like a scene from Ghostbusters.

What’s next? Dogs and cats living together?

Personally, I have no problem being the heretic this time around and saying the Chevy eCOPO Camaro could be totally cool! Totally cool in two ways: One, racing improves the breed; and better electric race cars will mean better electric cars for us gearheads. And second: Torque Baby, Torque!

As is well known, electric motors put out all their torque from zero RPM on up. Meaning drag racing should be a perfect venue for messing with EVs to make them more fun.

[bctt tweet=”You know there’s some die-hard Camaro people taking this like a scene from Ghostbusters.” username=”Automoblog”]

Before we get into the nitty-gritty technical stuff here, let’s go over what a COPO is for those not in the know. The COPOs were Chevy’s answer to things like Super Stock Dodges back in the day; factory strippers with all the go fast drag parts thrown in so you could be king of the Saturday night digs. A few years ago, Chevy brought the COPOs back, and a fun time has been had by all as they squared off against Drag Pack Mustangs (thank you, Ford) and whatever beasts Mopar would let escape from the dungeons of Auburn Hills.

Now, this COPO, (or eCOPO) is just like its (literal) fire-breathing, pollution-gushing siblings. It’s not to be taken lightly. Based on the 2019 COPO Camaro, the eCOPO cranks out 700 plus horsepower and 600 lb-ft. of pavement-wrinkling torque. Chevy estimates it can run the quarter-mile in the nine-second range. Nine. Out of the box. That is . . . not bad at all! Nine!

RELATED
2020 Toyota Prius: Still Efficient After All These Years

I know guys that have worked all summer to hit single digits, let alone get a turn-key solution. Amazing!

How The Chevy eCOPO Camaro Works

Well, it starts with an 800-volt battery pack and ends up with your head snapping back like Ali drilled you in the nose. Between the big, whompin’ battery packs and the ground sits a pair of BorgWarner HVH 250-150 motor assemblies, each generating 300 lb-ft. of torque. Things get real goofy at this point, with both electric motors mated to a “conventional racing-prepared Turbo 400 automatic transmission.”

Really? Isn’t that the same slush box Chevy puts in trucks and stuff?

This thing isn’t a rolling advertisement for the future of electric vehicles; it’s a testament to how tough a Turbo 400 automatic is. Sheesh! South of that, all the power gets channeled to the same solid rear axle used in the production COPO Camaro race cars.

Chevy says the 800-volt battery pack allows for more efficient power transfer to the electric motor, and supports faster recharging. This is important, given the limited amount of time between rounds in drag racing. Also – like I need to point this out – when we can figure out how to juice these things up quicker, the more viable they’ll be for day to day use.

[bctt tweet=”This thing isn’t a rolling advertisement for the future of electric vehicles; it’s a testament to how tough a Turbo 400 automatic is.” username=”Automoblog”]

This monitors all critical voltages and temperatures within the battery pack. It links into an inclusive safety system that constantly gauges all electrical components for proper function and safe operation. Makes total sense, because an electrical system voiding itself of that much power should be running as hot as a blast furnace from green light to checkered flag. The batteries of the eCOPO live in the trunk and are sealed off from the interior.

Also, you crew chiefs will already be thinking about those big, heavy batteries sitting way back. Yes, the eCOPO Camaro holds a 56 percent rear-weight bias, which, yes, helps launch the car like a golf ball off a tee.

And now, the three words that will make your week: Electric. Crate. Motors.

The eCOPO Camaro’s electric motor uses the same bell house mounting pattern and crankshaft flange as the popular LS engines (hint) in Chevrolet’s crate engine portfolio (hint hint). That allows you to bolt it up to just about any GM transmission (hint hint hint). Also, the transmission, driveshaft, and other drivetrain components remain in the same locations as a gasoline-powered COPO Camaro. Meaning the electric motor simply bolts into the engine compartment in place of the gas engine in a direct swap.

“The possibilities are intriguing and suggest a whole new world for racers,” said Russ O’Blenes, Director, Performance Variants, Parts and Motorsports, General Motors. “The eCOPO Concept is all about where we go in the future with electrification in the high performance space.”

To which I say, “Shut up and hand me that wrench, O’Blenes!”

On This Page
Torque Baby!
By The Numbers
How The Chevy eCOPO Camaro Works
Battery Management System
New Generation