A full-size LEGO McLaren 720S is now on display at the Petersen Automotive Museum in Los Angeles, California. The 1:1 scale model was completed this past Saturday (June 2nd) when the final orange bricks were attached thanks to the help of museum volunteers.

The full-scale model will be displayed through August 19th as part of an interactive exhibit where attendees can customize their own LEGO McLaren via an iPad app. The customization app includes racing stripes, flames, checkered flags, license plates, and other backgrounds.

Attendees can also add their name and print a custom sticker of the car they designed.

Table of Contents show
Attention To Detail
In Person

McLaren Automotive worked with the only certified group of professional LEGO builders in the United Kingdom for the project. The group provided in-depth engineering and vehicle CAD data in order to bring the LEGO model to life. Complete with a steel frame, the LEGO McLaren 720S consists of more than 280,000 pieces, tipping the scales at 3,200 lbs.

It took a team of six working for over 2,000 hours to complete the project by hand. Builders even included the new Pirelli P Zero Corsa tires and corresponding graphics found on the road-going version.

The Petersen Automotive Museum is located at 6060 Wilshire Boulevard (at Fairfax) in Los Angeles, California, 90036. General admission prices are $16 for adults, $13 for seniors and students, and $8 for children ages three to 12. Active military, personal care attendants, and children under three are admitted for free.

The Petersen’s Discovery Center will also host daily access to race ramps and build tables for museum attendees who want to build their own LEGO race cars.

The McLaren 720S has a starting MSRP of $284,745. The LEGO Speed Champions McLaren 720S miniature set will be available in the Petersen Store for slightly less than that. 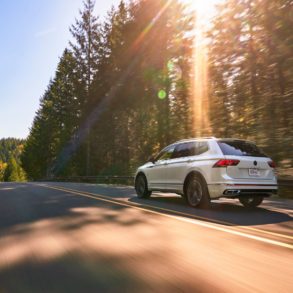