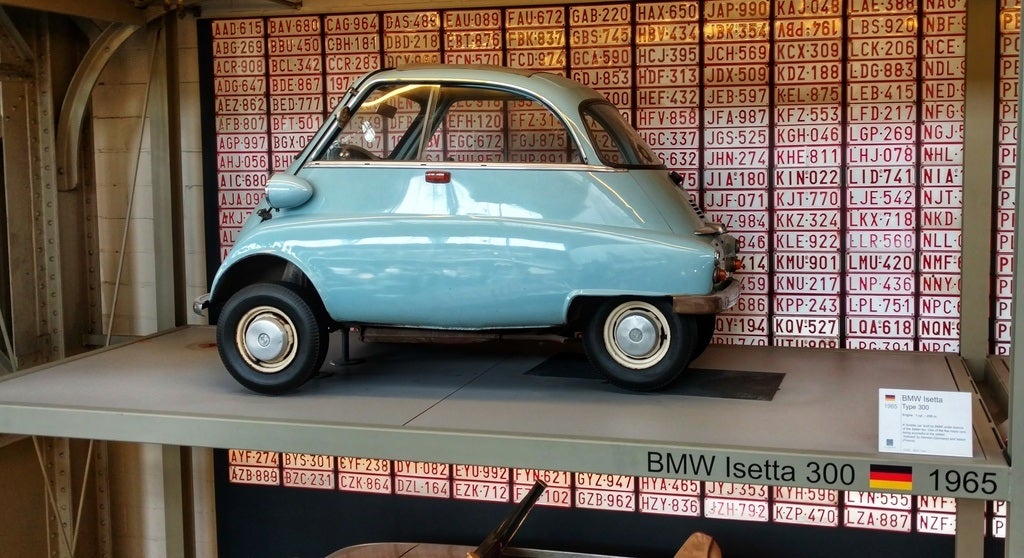 Looking Back At The Tiny Car Era

Microcars, those automobiles with engines under 1,000cc and holding no more than two people, occasionally re-enter the public’s view. While usually considered curiosities, they have a fascinating history, and were very popular for a time. Car enthusiasts will not soon forget the Peel P50, the world’s smallest car that ceased production in 1965. While only fifty original Peel P50s were made, this style of vehicle has historical significance and is a dramatic contrast to anything we see on streets today.

The Peel’s small production numbers, however, make it an outlier. Many microcars sold in the tens and hundreds of thousands. Before we go further, let’s take a step back and compare the evolution of cars and driving in the United States vs. Europe.

The U.S. is a large and young country compared to European ones. Our cities and towns are spread far apart. As cars were introduced into commerce, the dirt horse paths did not suffice as motor roadways. These paths were eventually paved, and since land was aplenty, they were also made wide. Gasoline was plentiful and cheap. As people spent more time in their cars, they wanted room for comfort. All these factors conspired to result in the large American motor car.

The birth of the interstate highway system in 1956 and advent of more drivable roads only fueled the desire for Americans to take road trips in their new stylish rides. But for car producers abroad, smaller cars made more sense. European cities and towns are older than U.S. ones by a factor of several millennia. When motorcars first appeared, they had to navigate narrow, windy passages. Fuel was not readily available, and was more expensive. For these reasons, Europeans generally favored smaller vehicles.

The end of World War II changed everything. European factories had been bombed, and companies struggled to get back into operation. Microcars (also known as “bubble cars”) came about as affordable and safe alternatives to motorbikes. At a time when steel and fuel were still scarce commodities, these bubble cars were an all-weather option for those on a budget.

Post-war Germany was home base for many popular microcars. One of the best-known was the BMW Isetta. Its tiny 300cc engine only made 13 horsepower, but globally, BMW sold 161,000 units. Another favorite was the Goggomobil. Unlike the Isetta, the “Goggos” were available as sedans, coupes, or minivans. A total of 285,000 were made from 1955-1969.

Perhaps the oddest-looking German bubble car was manufactured by Messerschmitt, a company known for their military aircraft production during World War II. With its tandem seating, yoke steering, plexiglass canopy top, and three tiny eight-inch wheels, the ‘Schmitt looked like nothing else on the road.

The first iteration of the Messerschmitt was the KR175, and the name “kabineroller” translates directly to “scooter with cabin,” which is an apt description of the vehicle. Messerschmitt improved the KR200 in 1955 by installing shock absorbers on all three wheels in an attempt to smooth out the ride and make for safer travel. About 45,000 of these three-wheel wonders were built.

Consumers in post-war France were also smitten with tiny cars, but many of their smallest microcars were not big sellers. The French preferred “supermini” cars such as the Citroen 2CV (4 doors, 600cc) and the Renault 4CV (4-doors, 760cc), which was the first French vehicle to sell over one million units. Many of these car makers attempted to market their microcars in the U.S. with limited success. Our expansive roadways, covering great distances between destinations, did not favor the small car. In some cases, American car dealers treated these tiny rides as a joke (“Buy a new Cadillac, get a free Isetta!”).

The one exception was the original Volkswagen. While not a microcar per se, it was smaller than anything coming out of Detroit, and a growing number of U.S. buyers gravitated toward it. VW’s success is a story for another time, but even in Europe, as the economy recovered in the years after the war, there was a declining demand for economical and efficient cars.

In 2018, most of our vehicles in the U.S. are larger than ever, with even the traditional sedan expanding in size. Last year, SUV, van, and pickup sales rose 4.3 percent while overall car sales saw a decline. As a class, trucks comprise about two-thirds of all new vehicle sales. One possible reason as to why big vehicles are now favored could be the boom of millennials, who are beginning to have families and crave space and comfort as they move to the suburbs. Historically cheap gas continues to drive sales, and you won’t hear any complaints from the Big 3 automakers, as their profit margins are much higher on the big trucks compared to compact cars.

As we’ve seen over time, car design directly reflects the broader trends of the era, whether it be an economic boom (or bust), or a shift to a more urban lifestyle. While upsizing seems like a trend that is here to stay, you never know when tiny cars may make their comeback.

RELATED
An Era Ends: Final Porsche 911 From The 991 Generation Assembled 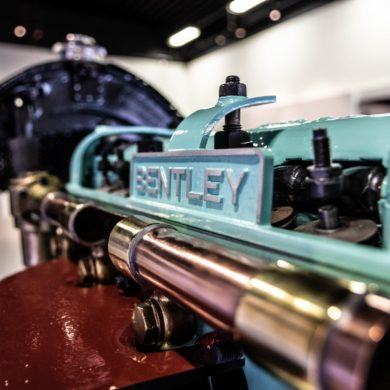