July 4th is a time for celebration as we enjoy our independence and thank our many veterans who have served. This year, it’s most likely a weekend full of camping, cookouts, and fireworks. It’s also a deadly time of year, unfortunately, as a new study shows July 4th is officially the most dangerous day to drive in the United States.

The study, conducted by Geotab, a telematics and GPS vehicle tracking company, looked at the fatality and traffic data over a 10-year period to see how U.S. states differ when it comes to road safety.

Every year, over 30,000 people are killed in traffic-related accidents in the United States; a truly staggering number when looking at the brass tacks. In any other transportation industry, say airlines for example, those numbers would not be tolerated. Such figures question the need for automated driving and advanced vehicle perception technology, the development of which we monitor at this publication. However, until autonomous vehicles come fully to fruition, information and careful, responsible driving will be our best assets for safety behind the wheel.

Geotab’s study also notes that specific days of the year, and even certain states, are more dangerous than others. Holidays like Labor Day, Halloween, and New Year’s Day, where alcohol consumption is present, have a higher rate of fatal accidents. The findings followed an analysis of road traffic, crash, and fatality reports, including the Fatality Analysis Reporting System and Traffic Volume Trends, published in December 2016. Using this data, Geotab calculated a Fatal Crash Rate for each day and U.S. state, made up of the total number of fatal road accidents per billion miles driven by cars, trucks, and motorcycles.

Over a 10-year span, July 4th carries an average of 119 deadly crashes with a Fatal Crash Rate of 14.9, making it the most dangerous day on U.S. roads. Given that many July 4th parties involve alcohol, drivers are more likely to be under the influence; fatal crashes on the 4th involving alcohol are a staggering 47 percent. The grim news doesn’t stop there, unfortunately. On average, 28 percent of all road crashes are related to driving under the influence with that number rising significantly during holidays: New Year’s Day and Halloween are two of the worst at 41.6 and 41 percent respectively.

Fatal Crash Rate measures the number of motor vehicle crashes involving a fatality, rather than measuring the total number of fatalities. For instance; 13 million crashes occurred in the U.S. in 2015, of which 1.7 million resulted in an injury with an estimated 2.4 million people injured. Of the 1.7 million crashes, 32,166 had fatalities claiming the lives of 35,092 people. This data from the U.S. Department of Transportation’s Federal Highway Administration is bleak and again, begs the urgency of safer vehicles with autonomous and connected technology.

Until the technology can catch up to the tragedy, the best bet is to be cautious and safe. Drive the posted speed limit, keep your vehicle maintained, put the phone away, get plenty of rest before traveling, and avoid alcohol.

“A big component of road safety is good decision making,” said Joe Campanella, Executive Vice President, Business Development, CARCHEX and advisory Board Member for Mothers Against Drunk Driving – Maryland. “Drinking and driving truly don’t mix, and so if you’ve had a drink – even one – you should find a safe mode of transportation.” 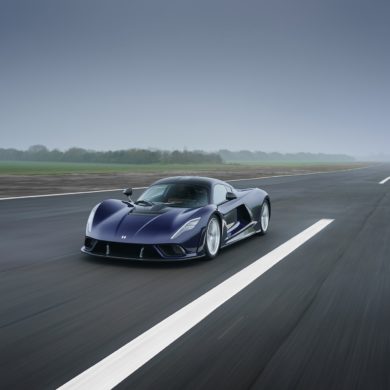