1917 Mitsubishi Model A Being Built By West Coast Customs

Mitsubishi Motors North America, Inc. (MMNA) is celebrating their centennial anniversary, and to mark the occasion, they have teamed up with West Coast Customs. Mitsubishi will re-create their original Model A, but on the brand’s most technologically advanced platform, the Outlander Plug-In Hybrid Electric Vehicle (PHEV).

West Coast Customs will build a more advanced Model A but keep the 1917 look intact.

The 1917 Mitsubishi Model A ushered in Japan’s now global automotive industry. As the first vehicle fashioned with Mitsubishi’s three-diamond logo, the Model A and its original 22-car production run is still a significant moment for the automaker.

“We’re proud to be a 100-year-old brand with a rich heritage in the automotive landscape,” said Francine Harsini, Senior Director, marketing at MMNA. “The Mitsubishi Model A is the vehicle that paved the way for many other unique and exciting models over the years and we’re excited to re-design it with West Coast Customs.”

West Coast Customs CEO and Founder, Ryan Friedlinghaus underscored how much they are looking forward to building the centennial vehicle.

“Team members in every department of West Coast Customs are super excited to be involved with this build – truly a piece of automotive history,” he said. “We are incredibly honored to have been chosen to take on this iconic build for Mitsubishi that celebrates the centennial anniversary of the company’s first mass-produced vehicle.”

The Outlander PHEV was chosen as the baseline because it represents the height of Mitsubishi’s heritage. The automaker points specifically to the four-wheel drive technology they developed and honed on the international rally circuit. The vehicle is powered by a 2.0-liter gas engine, two electric motors, and Mitsubishi’s Super All-Wheel Control (S-AWC) system.

“The Mitsubishi Model A will feature all the distinctive aspects of the 1917 vehicle, but will be built on the PHEV platform and offer the latest in automotive technology,” Harsini added. 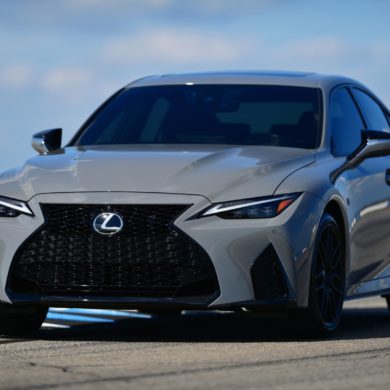