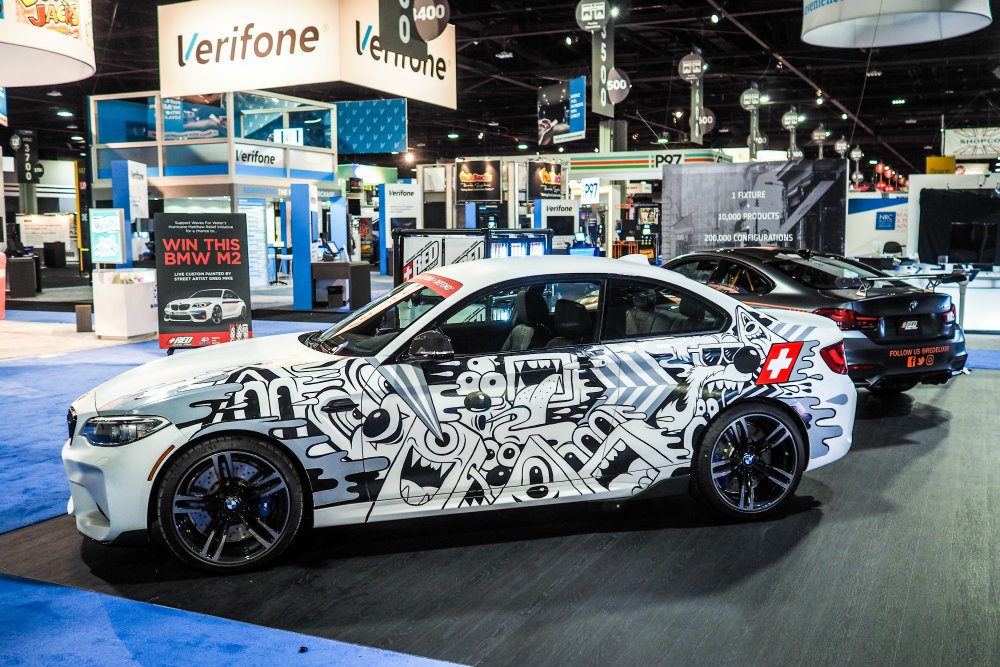 Recently, at the National Association of Convenience Stores convention, the +RED ELIXIR custom designed BMW M2 was unveiled. Adding to the car’s already incredible performance and artwork is how it will be given away to benefit ongoing Hurricane Matthew relief through Waves For Water.

World-renowned graffiti artist Greg Mike and +RED ELIXIR have created a car like never before, for a cause needed now more than ever.

Waves For Water works with world leaders, governments, and various other strategic partners, like +RED ELIXIR and BMW, to provide clean water for those who need it. In addition to providing clean water, the charity responds to natural disasters like Hurricane Matthew, and has even joined the United States military to help those in the Kunar River in Afghanistan. Using what they dub “Guerilla Humanitarianism,” Waves For Water has impacted 7 million people in more than 27 countries.

+RED ELIXIR founder Michael Ball believes it is one of the most meaningful things he has seen.

“I just became a father a few years ago and it changed my perspective,” he said. To be able to understand what a child’s needs are – and if they are not being met with something as simple as a cup of water – that has a huge effect on me.”

The special connection between +RED ELIXIR and BMW for the humanitarian effort is important too.

“There is a premium, engineering, and performance aspect to both brands; there is a cool factor too, in that both brands allow for a pillar of excellence in their fields,” Ball said. “BMW invented the art car concept and when we were looking for someone to partner with, we found Waves For Water, a charity we both believed in.”

You have a chance to win the customized BMW M2 by making a donation to Hurricane Matthew relief. Currently, the situation is dire but that could change with your help.

“We are finally getting accurate reports on the true impact of Hurricane Matthew in Haiti. The southern coastal region is absolutely devastated. The main issue right now is access,” reads a statement from Waves For Water. “With very few structures left and more importantly entire food and water supplies compromised, the situation is as real as it gets. The survivors are completely at the mercy of air or sea relief operations as of now.”

Donations are accepted through the +RED ELIXIR CrowdRise page. Even a ten dollar donation will go far with those in need, and still get you in the drawing for the M2. As of this writing, there are about 40 days until the deadline. Before the car is given away, it will embark on a tour of the United States.

For Ball and his team, showcasing this remarkable BMW M2 is about inspiring people and businesses to jump on board the Waves For Water Hurricane Matthew Relief Effort.

“If we didn’t write one order for our product, it wouldn’t make a difference,” he said. “The real idea for us was to introduce this into the space where those that make the decisions go ‘wow, I want to be a part of that.'” 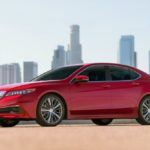 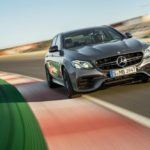 Next
Mercedes-Benz Reveals Most Powerful E-Class Yet