It’s one of the most dreaded parts of our week. Traffic. And it never moves fast enough. Those who know me are well aware of my rants about Interstate 94 here in Michigan. In the morning, getting out of Detroit, heading west, is pretty easy. In fact, I can leave only fifteen minutes before I have to be in nearby Allen Park and still make it on time.

Coming home on the other hand . . . Interstate 94, heading back into Detroit in the afternoon, is remarkably deceiving.

I cruise along – and I know the instant blockage and dead stop is coming – but I’m always optimistic. Most days, it’s in the same area so I know when to expect it. It’s like clockwork. I know by West Grand Boulevard I’m going to get caught in the backlog. Sometimes, I get lucky and make it further to Grand River Avenue. There are some days my mind is really blown and I get all the way to Linwood Street.

Other days, I go no further than Livernois Avenue.

Granted, if you are not from Detroit, these street names mean nothing but the point is, Interstate 94 is an engulfing, unpredictable vortex from which there is no escape. Friday afternoon, it’s the closest thing to a black hole in our galaxy; the equivalent of waking up from The Matrix and experiencing the literal hysteria in Bill Murray’s famous quip from Ghostbusters about cats and dogs living together.

Even the unsuspecting states get a good traffic jam every now and again. Another TRIP report, released in May, showed drivers in Madison, Wisconsin lose 36 hours to congestion annually; drivers in the Milwaukee area loses 38 hours annually. However, INRIX also found other parts of the world matched, and even surpassed, U.S. cities for time spent in traffic. Commuters in London, for example, spent over 100 hours in traffic in 2015, the equivalent of about four days.

“Challenges of urban mobility can lead to reduced productivity, higher emissions, and increased stress levels,” reads one of the key findings from the INRIX 2015 Traffic Scorecard.

Our friends at the AutoInsurance Center put together the guide below for people like me – and for you, if you commute in an infinite traffic vacuum like I do. The graphic has vital statistics and helpful suggestions to make your commute a little easier.

Sometimes there isn’t anything you can do – you’re simply stuck until you can get to your exit, and even then, it might be a challenge. Personally, I try paying it forward by letting someone merge ahead of me. One car isn’t going to make much difference. Besides, now that it’s football season, I don’t mind a little extra time in my car with the radio anyway. 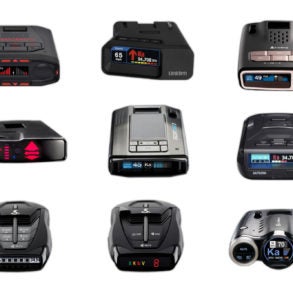