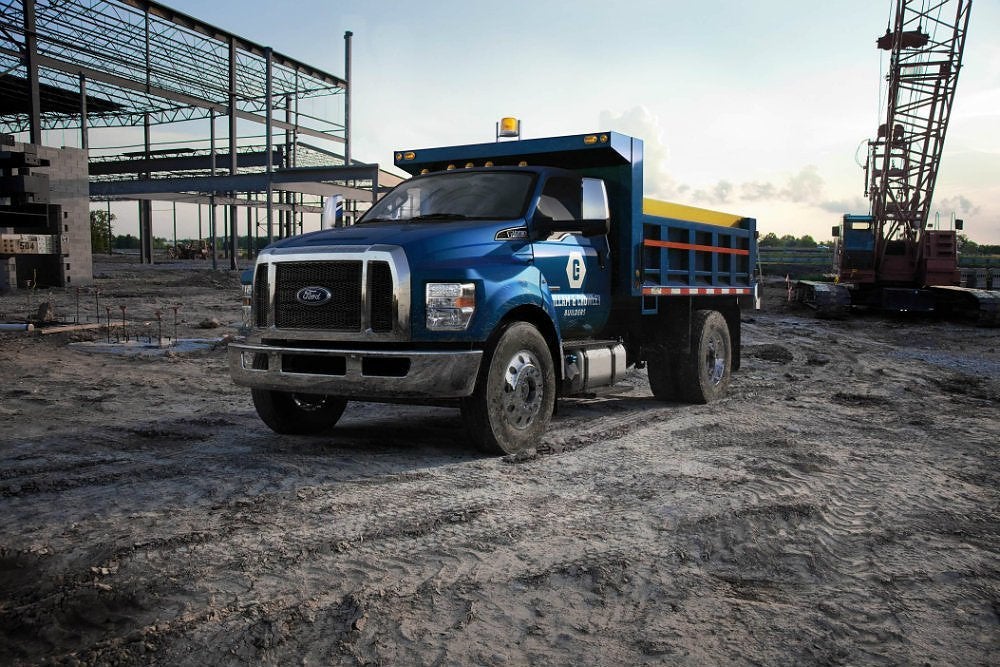 Ford Medium-Duty Trucks: To The Moon & Back

When it comes to getting work done, trucks are all stars. They tow trailers, haul loads of all kinds, push plows, and even provide elements of luxury. You might argue trucks are the ultimate vehicle?

Keeping that in mind, Ford Motor Company continues to push their 6.7-liter Power Stroke diesel engine for the F-650 and F-750. With the demanding jobs these truck are called to do, it’s imperative they are able to maintain a certain level of endurance.

Table of Contents show
Shooting for the Stars
Genius or Crazy?
Warranty & Other Tweaks
Availability

Shooting for the Stars

And what better way to determine the durability of these trucks than a trip to the moon and back? Recent dynamometer testing shows the 6.7-liter Power Stroke can maintain stamina for at least a 500,000 miles. This data is the estimate of miles driven before 10 percent of the engines are expected to require major service: removal of cylinder heads or dropping the oil pan to reach internal components, for example.

Ford is the only medium-duty truck manufacturer that designs and builds their own diesel engine and transmission combination, a decision dismissed by critics but defended by supporters. Ford believes, with this approach, the powertrain works more efficiently with things like chassis components and vehicle calibrations. It also allows, according to Ford, better performance for the customer. And that’s especially important when they have a job to do.

“We’re here to make sure they can with our all-new medium-duty trucks – whether that’s trucking freight from Los Angeles to New York, or helping keep the lights on in your neighborhood,” Ruppert said. The 6.7-liter Power Stroke and TorqShift HD six-speed automatic transmission come with a five-year/250,000-mile limited warranty. The data from Ford also shows the truck is 25 percent quieter at 60 mph and up to 45 percent quieter at idle. While Ford engineers are concentrated on power output, they also consider noise, vibration, and harshness, often dubbed “NVH.”

NVH is an ongoing battle for today’s automakers. Generally speaking, NVH is anything unwanted or unpleasant you would feel, hear, or sense as the driver. NVH can enter a vehicle through dozens of “passageways,” if you will: engine, driveline, brakes, road and wind noise, and the vehicle’s frame are just some examples. Reducing NVH was a primary goal during development of the F-650 and F-750.

The 2017 Ford F-650 and F-750 are available now. Heavy use trucks, such as these, have different configurations and depending on your needs, one application may be better suited to you specifically. Having once sold Ford trucks, I would always recommend visiting with a Ford Master Certified Sales Consultant at your local dealership first.