I travel often for my work in the automotive industry, sometimes hitting several cites a week at my busiest. I noticed, this past year especially, more Millennials when I pick up my rental cars from the airport.

Probably not surprising then are the results of the J.D. Power 2015 North America Rental Car Satisfaction Study. It finds Millennials are the majority of satisfied customers when renting a car. The study tracked overall satisfaction at airport locations by analyzing 6 common elements (by order of importance): cost/fees, pick-up, returning instructions, the rental car itself, shuttle bus/van accommodations, and reservation process.

Millennials, or those born 1982 to 2004, (although exact years are sometimes disputed) have earned a reputation for being fickle and demanding. Despite this, Millennials hold the highest amount of satisfaction among generational groups for both business travel (834) and leisure/personal travel (809). Millennials are the second largest group of renters (34%), behind Boomers (40%), and the second largest proportion of business travelers (39%), behind Gen X (43%).

“Conventional wisdom says that Millennials are perpetually dissatisfied, but that clearly is not the case,” said Rick Garlick, Global Travel and Hospitality Practice Lead at J.D. Power.

Keeping Millennials happy is top priority for rental car companies, since 47% of this demographic post reviews vs. 27% of Gen Xers and only 10% of Boomers. Millennials seem more likely share their experiences on social media too. In 2010, the Elon Journal of Undergraduate Research indicated social media is so powerful to younger generations, those who dropped it showed similar withdrawal habits as a drug addict.

Knowing this, rental car companies, and Enterprise especially, seem to be keeping pace, setting the framework for lifelong customers.

“Younger consumers are often more difficult to please, but as they get older – whether it’s because of maturity, experience, more income or all three – their satisfaction across many studies improves, said Garlick. “We definitely see differences in the satisfaction of Gen Y consumers now that many are in their mid to late 20s and 30s, compared with when they were in their late teens and early 20s.” 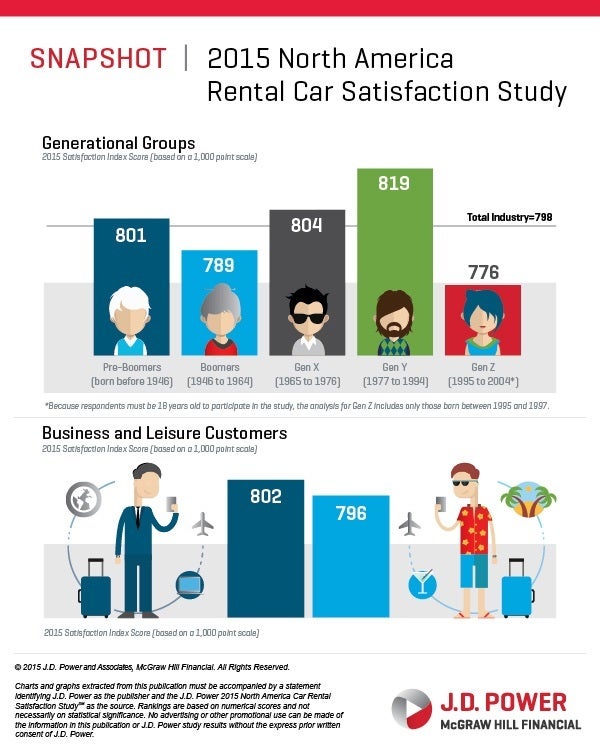 How did it go the last time you rented a car? 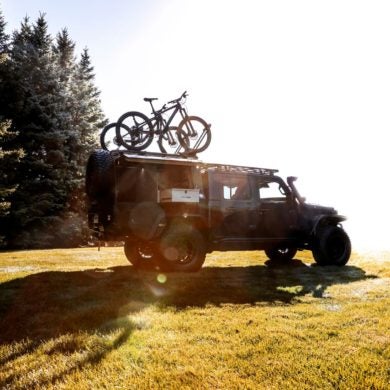