The 2016 Ford Focus RS comes with several performance features that will set it apart. It gets an industry-first Drift Mode.

Europeans have been thrilled with the hot hatch Ford Focus RS since its introduction in 2002, but U.S. performance enthusiasts could only look and not touch until now. That all changed as Ford unveiled the new 2015 Ford Focus RS at the New York International Auto Show.

The Focus RS has been recently redesigned by Ford Europe and will make its way to U.S. shores. The car grows up and gets a little less extreme on the outside. It has a more sophisticated look and still has a very muscular character. It’s what is underneath that exterior that gets performance enthusiasts excited. The 2015 Ford Focus RS will be powered by a 2.3-liter EcoBoost engine from the Ford Mustang. Ford says the hot RS turbocharged engine will pump out at least 315 horsepower and 320 lb. ft of torque. It will also feature Ford’s new Performance All-Wheel Drive system with Dynamic Torque Vectoring.

The system continuously varies front-to-rear and side-to-side torque distribution to suit the driving situation. A maximum of 70 percent of the drive torque can be diverted to the rear axle. Up to 100 percent of available torque can be sent to each rear wheel, improving handling and cornering stability.

Ford will offer an industry-first drift-mode on the new hot hatch, a feature that will no doubt thrill performance enthusiasts. In the video below, Tyrone Johnson, Vehicle and Engineering Manager at Ford, says the new Focus RS will be just as hardcore and a driver’s car as the outgoing model. The Drift mode allows the driver to do controlled oversteer maneuvers on the track. 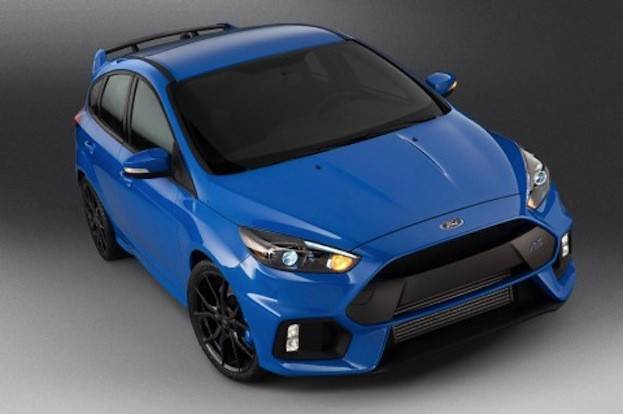 There are other modes in the hot hatch; Normal, Sport, Track, and Drift, that change how the car performs. Johnson says, “Track Mode makes the car very fast on the track, with all the systems, AWD and Torque Vectoring working together. It also makes the car much flatter and stiffer in the corners over the previous RS.”

Normal mode is for everyday driving, keeping the suspension stiff, but it makes it more comfortable as a “long journey car.” The customer gets both a track car that can be used as a daily driver and a car taken on long road trips. Chief Program Engineer Ford Focus RS says the new RS will be “much more exhilarating and a fun to drive car” than the model it replaces.

Other features on the new 5-door hatch that will make it more fun for performance enthusiasts will be the car’s front splitter, rear diffuser, and rear wing that all work together to create “zero lift” at speeds as high as 155 mph. Ford Focus product marketing manager Omar Odeh told Automobile, “The exterior trio keeps the RS from producing aerodynamic lift at speed, and the car doesn’t go ‘light’ at speeds, improving driver confidence.” 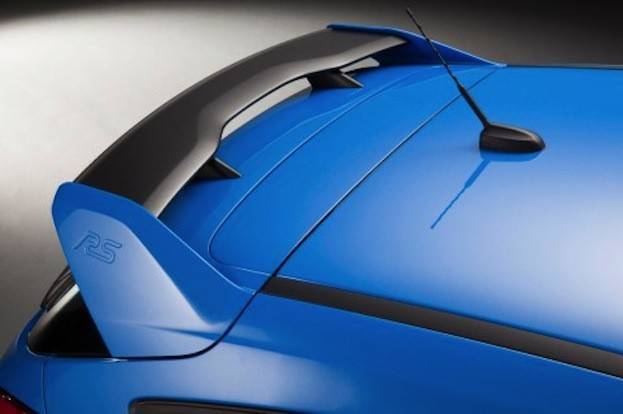 Performance enthusiasts will have their choice of two special tires on the Focus RS that were specifically developed for the new hot hatch. Michelin worked with Ford to develop a choice of two high-performance 235/35R-19 tires. Owners can choose a standard Pilot Super Sport for everyday use and, for the first time, an optional stickier Michelin Pilot Sport Cup 2 for extreme use at the track. Buyers also get their choice of two different wheels for those Michelin meats, a standard 19-inch gray Magnetite wheel, or they can upgrade to a special black forged wheel that is 1.5 lbs lighter per wheel than the standard rolling stock.

For the fastest possible acceleration, Focus RS comes standard with launch control. After selecting launch control from the cluster menu, the driver engages first gear, applies full throttle, and releases the clutch. The performance hatchback then delivers optimum power to all four wheels. The system distributes maximum torque using the turbo overboost function, manages traction control, and sets the dampers. A performance shift light in the instrument cluster lets the driver know when the optimal shift point approaches and flashes when it hits the redline of 6,800 rpm. 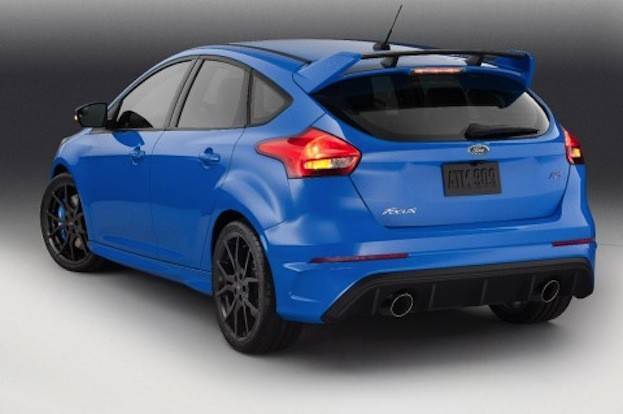 For a change, the Europeans won’t have all the fun. The 2016 Ford Focus RS is on its way to the U.S. market and will challenge the status quo in the compact performance car segment. Performance enthusiasts in the U.S. will finally get the hot hatch Focus RS they’ve been asking for.