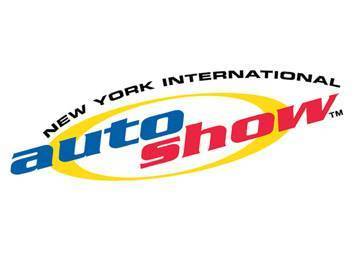 Well, add another six haulers to that list because the automobiles below are expected to make their debut, next month, in The Big Apple.

The fourth generation RX will no doubt warrant some camera shots and extended, passing glances.  The official reveal of the car is April 1st and that’s not a joke!  The Galleria at Jacob Javits Convention Center will host the event, streamed here.

The RX first appeared 17 years ago and has grown into the 270 horsepower, luxury cruiser it is today.

All RX configurations are sold through the Lexus network of 235 dealers, nationwide.

The Lexus brand was launched by Toyota in 1989.

The 2016 Chevy Malibu has gone through a massive overhaul focused on efficiency, connectivity and safety.  The end results will be the showcase of Malibu’s world debut at the 2015 New York International Auto Show.

It was almost as if General Motors started from scratch.

The car has an entirely new but enhanced structure, a wheel base 4 inches longer for extra leg room and a weight reduction of 300lbs. benefiting both performance and fuel consumption.

Toyota, again, this time with their Scion namesake.  The Scion iM-5 Door Hatchback was built on the premise that such a vehicle should be both versatile and enjoyable to drive.  As for what the “i” and “M” stand for in the name, take a guess?

There is no right or wrong answer.

The “i” might mean individual or imaginative, while the “M” might denote “modern” or “majestic.”  It’s all in the eye of the beholder or “key holder.”

Oh and there is one other Scion – a bonus.  Attendees of the New York International Auto Show will see the iA as well.

“We’ve been eagerly waiting for this moment and are excited to introduce our new Scions in New York,” said Doug Murtha, Scion Group Vice President.

The South Korean manufacturer tends to favor New York City, especially when showing off their best selling model.  The cover will lift on the new Optima, just as it did five years ago in 2010.

However, it will look, feel and drive entirely different from what it once was in 2010 – and I am willing to bet even from what it is now for 2015.

If Kia was going for a futuristic, space age look on their new Optima, they succeeded in flying colors.

I would love to take this spicy little hot rod for a drive . . . I love the wheels.

Die hard Dodge enthusiasts will be jumping over the fence and rushing the stage to get a look at this one.  The battle rages between all muscle maniacs in this segment and the question always remains: who has the most powerful car?  It’s the classic battle between Ford, Chevy and Dodge and Fiat Chrysler Automobiles plans to play hardball in the years to come with the Challenger.

Billed as the “strongest muscle in America” the 2015 Challenger pumps 707 horsepower and 650 lbs. ft. of torque through its supercharged, 6.2 HEMI.  The TorqueFlite, a transmission FCA has placed in the spotlight, handles the of disbursement of power. It’s one thing to have all that acceleration but it’s another thing to get it stopped.  The new Dodge Challenger offers some pretty serious braking combinations, as seen here.

We can imagine the 2015 Dodge Challenger will have to use that advanced braking system in order to stop long enough for its debut at the New York International Auto Show.

What vehicles do you hope to see in New York?  Tell us here.