Your table scraps could be put to good use in the near future, as Chevrolet will be releasing a version of its Impala sedan that runs on waste converted to Compressed Natural Gas (CNG). But while you won’t be able to just toss trash into your tank like Doc Brown in Back to the Future Part II, the savings and environment benefits are definitely in favor of CNG.

The environment motivation for the creation of CNG-only vehicles like the 2015 Chevy Impala Bi-Fuel appears to be just as strong as that of electric cars, as the fuel is produced from garbage and other waste by companies like Quasar Energy of Columbus, Ohio. Quasar relies on massive amounts of waste from Cleveland ballpark Progressive Field and businesses like Anheuser-Busch to develop its CNG.

Unfortunately, finding CNG fueling stations outside of progressive states like California and Oklahoma is somewhat difficult. But those located near a major metro area will find at least one in their neck of the woods. More and more are popping up, though, and demand for cars powered by alternative fuel sources will help make CNG more accessible.

To ensure people don’t let this fact affect their decision to purchase a 2015 Bi-Fuel Impala, Chevy has equipped it with a standard fuel tank as well. The CNG tank, which has a capacity equivalent to 8 gallons of gas, will get about 150 miles total before having to be refilled. According to GM, the sedan has a total range of 500 city miles.

Owners of the 2015 Chevy Impala Bi-Fuel can also seamlessly switch between gasoline and CNG power while on the go with no noticeable performance changes. The Cost of CNG vs. Gasoline

CNGnow reports that the average cost of CNG per gasoline-gallon-equivalent is $2.11, which is $1.13 less than the $3.24 average price of a gallon of gas.

While it seems these vehicles have limited production, GM stated in a press release earlier this year that the Bi-Fuel Impala would be available at Chevy dealers across the country upon release. For those in states with little to no demand for CNG vehicles, however, it will likely have to be custom ordered from GM.

With a starting price of $38,210, the Bi-Fuel Impala is $12,000 more than the CNG-only Honda Civic Natural Gas and GM’s own electric-hybrid Chevy Volt.

On This Page
CNG Fueling Stations Still a Concern
The Cost of CNG vs. Gasoline
2015 Chevy Impala Bi-Fuel Price and Availability 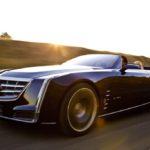