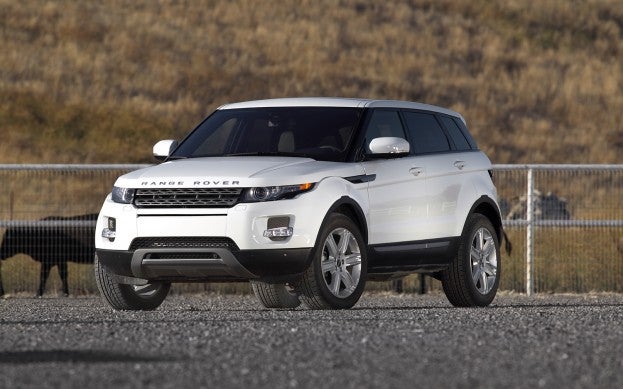 The 2014 Range Rover Evoque sets the standard for styling among all SUVs on the planet. It’s got to be one of the most eye-pleasing vehicles on the road today. The new 2014 Jeep Cherokee comes in at a close second. It’s raked body is the first thing we noticed when the driver dropped of this 2014 Evoque tester. It’s gorgeous good looks are a feather in the cap to Land Rover designers. This 5-door Evoque is where we will spend the week and it will be fun.

Table of Contents show
What’s new for 2014?
A very comfortable place inside
Evoque on the road
Do you want to get away from civilization?
Conclusion:

Outside, Evoque gets new exterior mirrors, inside it gets a sliding center armrest and optional heated rear seats. But the biggest news for 2014 , is the arrival of a sweet new nine-speed automatic transmission, which replaces last year’s six-speed automatic. 2014 Evoque also gets a Parking Exit feature that makes exiting tight parallel-parking spots easier with the available automated parking system.

Besides what’s outside, let’s jump inside and see what sets the Evoque apart from the rest. Evoque’s exterior styling carries over to the cabin. It’s attractively designed and you can tell it was designed by the same team. The one complaint for vehicle in this price range is the use of hard plastic from the glovebox down. But the dashboard, door panels and armrests are all soft to the touch and seem to be quality materials.

A very comfortable place inside

Evoque seats five but will be comfortable for four adults. The SUV is wider than most and gives everyone a bit more elbow room. Overall, the cabin is a very comfortable place to spend time. Cargo capacity is fair with 20.3 cubic feet of storage with the rear seats up, 51 cubic feet with the rear seats folded flat. This tester had the power liftgate which made it easy to load items for work during the week. Evoque on the road

We couldn’t wait to get behind the wheel and test out the new 9-speed automatic transmission. The raked roofline does affect outward visibility which is the downside to the beautiful exterior lines. The new tranny comes mated to 2.0-liter turbocharged four-cylinder engine that puts out 240 horsepower and 250 pound-feet of torque. The pair worked well together and the 2.0-liter turbo pulls strong with little turbo lag.

The 9-speed automatic, which includes paddle shifters for manual operation, kicks down quickly for passing and can skip over multiple gears when we mashed the throttle to the floor. The 2.0-liter powerplant didn’t overly impress us with its power, but it won’t leave you wanting for more in most driving situations either. The Evoque’s strong suit is in its handling and driving dynamics. Evoque feels sportier than most SUVs and we were impressed with its steering responsiveness in the corners. Evoque’s fuel mileage numbers are up for 2014 and EPA estimates are a respectable 21/30 mpg city/highway. 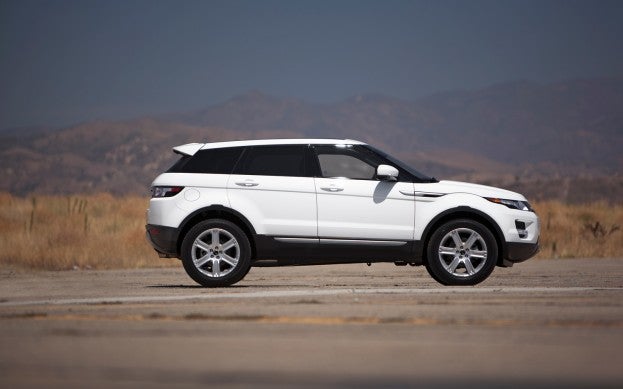 Do you want to get away from civilization?

Where the 2014 Range Rover Evoque really shines is in its off-road capability. Not that anyone will use the Evoque up to its potential, but if needed, it posses Land Rover’s tradition of exceptional “go-anywhere” attitude, an area of performance that the competition lacks. It incorporates a Terrain Response system, full-time four-wheel drive, that with its higher good ground clearance, and short wheelbase, enables Evoque to handle some extreme off-road terrain. We didn’t have the ability to test the luxury SUV this week beyond a few trails in the foothills west of Denver, but even that would still leave many others behind.

Evoque posses impressive on-road dynamics as well and is ideal in Colorado where we live. The suspension tuning is firm and makes Evoque more agile in the corners than most SUVs. It was easy to make directional changes quickly on the S curves in the mountains, and body roll was minimal. It offers a more car-like sporty driving experience.

The only complaint would be in Evoque’s new electrical power-assisted steering system. It’s very quick but lacks in its road feel. Maybe it isn’t a good thing that we are just coming off driving the 2015 Subaru WRX STI. Most owners won’t likely see it as a problem. 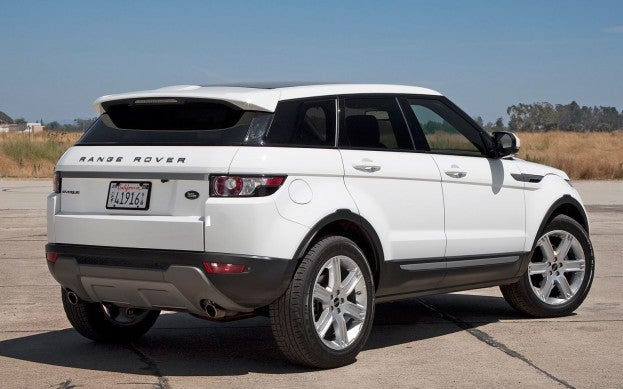 For those looking for a premium luxury crossover, the 2014 Range Rover Evoque is a refreshing change of pace. The fun-to-drive meter makes it high on the list compared to most others in this segment. If you live in the sticks, or in a rural area where your roads are not maintained, Evoque’s standard full-time four-wheel drive will keep you from getting stuck. If you regularly travel on the weekends to the ski slopes or trailheads this crossover will get you there in style. It offers decent cargo room and its head-turning good looks are anything but boring.