When you think of Lexus, rugged and off-road doesn’t really come to mind. But the 2013 Lexus GX460 Premium that we’ll be testing this week can be described with both those words and more. The Lexus GX shares its platform with the Toyota 4Runner which is known for its off-road capability. The Lexus GX460 is designed to hold up to use over rugged terrain and is capable of tackling some challenging trails. So we put it to the test here in the mountains of Colorado and came away impressed.

With body-on-frame construction and low range gearing, the GX460 is far more rugged and powerful than the Lexus RX 350 AWD crossover we tested last week.  The RX 350 is great for daily commutes during the week, but it’s not built for rugged off-road use like the GX460. The big SUV comes equipped with enhancements that make it a viable vehicle to take to the backcountry.

GX460 is for fun on the weekends

The 2013 GX460 comes standard with a full-time four-wheel-drive system with Torsion Limited Slip center and locking differential and low-range gearing. The four-wheel-drive system is ideal for those who don’t want to worry about having to lock in the system manually as the system requires little or no input from the driver. For those who live in a rural setting, the GX460 feels secure and can handle steep snowy roads with ease. And for those who want to use the GX460 for fun on the weekends, The SUV can tow up to 6500 pounds with an optional hitch. 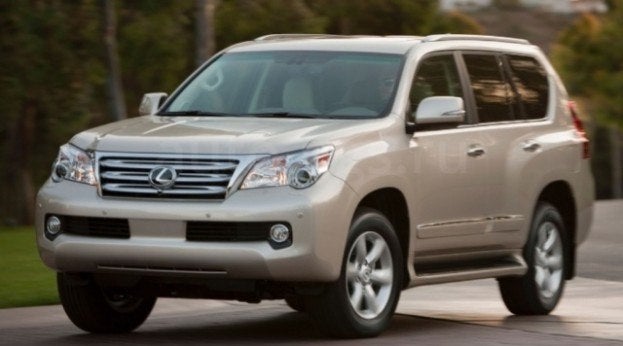 We took the GX460 off-road on snow-covered trails in the high country of Colorado and the luxury SUV handled every challenge we could give it. The GX uses permanent four-wheel drive and the use of a torque-sensing center differential allows the GX to continuously adjust power distribution from wheel to wheel as traction is needed. Lexus also uses an electronic traction system called A-TRAC for additional traction so wheel slip is quickly controlled on surfaces for snowy or icy roads. During our week with the GX460, it was as comfortable off-road as on the highway.

The Lexus GX will cruise down the highway quietly and efficiently keeping the occupants insulated from the noisy outside world. But the large luxury SUV has a downside in the city. The GX460 uses a truck-based suspension and designed for off-road use. It is a large vehicle and can be difficult to maneuver in the city. But on the open road and highway, the 301 horsepower 4.6-liter V8 is powerful enough for high-speed passing and full-power, on-ramp blasts. The V8 comes mated to a six-speed Sequential shift automatic that felt smooth in all situations. 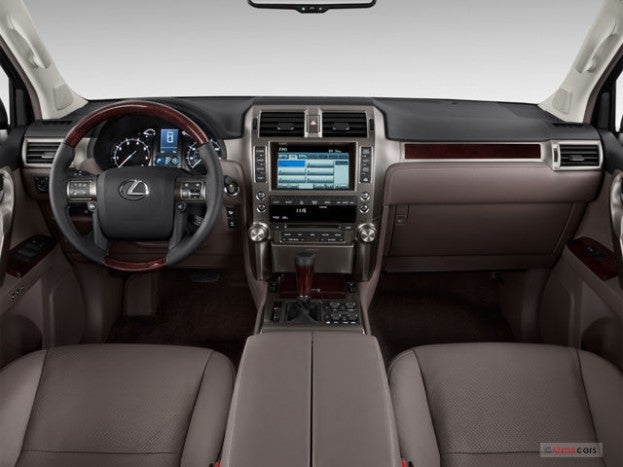 The optional Mark Levinson audio system uses 17 speakers, powered by 330 watts with less than 0.1 percent total harmonic distortion. We cranked up a Van Halen song and there was practically no distortion. The back seat passengers said the sound is just as good in the back seat as the front. For those who love their music loud, it’s an option that is worth the price. 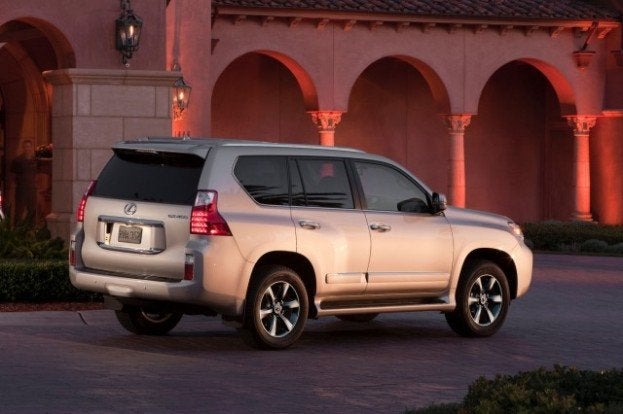 Inside the cabin of the GX460, there is seating for seven passengers and it comes with three rows of seats. The front is spacious and it comes with all the luxury you would expect from Lexus. The front seats are 10-way power adjustable, and can be heated and cooled depending on the season. The second row is reasonably roomy and features a center armrest/cupholder and overhead reading lamps. The second-row bench is split 40/20/40. The third row is less accommodating for adults but would be fine for kids and short trips.

The Lexus GX 460 is a perfect vehicle for those who live in rural settings or will take the SUV over rugged terrain. It’s a luxury SUV, that’s built on the same truck-based architecture as the Toyota 4Runner, with a suspension and drive system designed for off-road use on the weekends. It has plenty of luxury features and offers seating for a growing family. For those looking for a luxury SUV that’s rugged enough to take to the backcountry, the 2013 Lexus GX460 is a good choice.