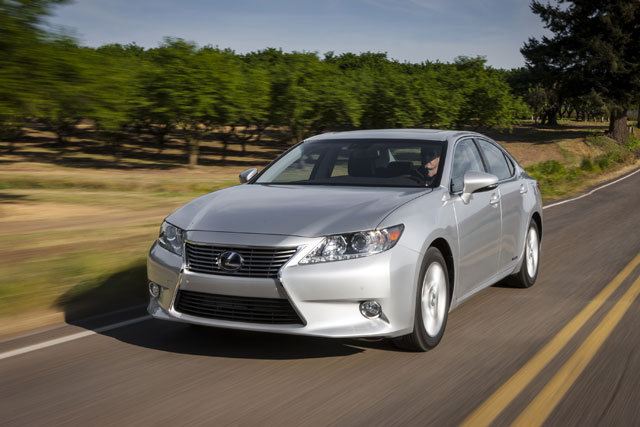 The 2013 Lexus ES goes back six generations and is the model that helped put Lexus on the map. This seventh-generation 2013 model has been remodeled and gets slightly larger outside and roomier inside. And for the first time, the Lexus ES features a hybrid version. This week we’ll be testing the 2013 ES 300h Hybrid sedan and see just how the new hybrid technology helps with fuel-efficiency. Hybrid technology has advanced and Toyota is the leading automaker in developing the gas-electric powertrains.

Upon entering the new 2013 ES 300h, we notice that the back seat is bigger than the previous generation where legroom has increased by four inches leaving enough space for a 2013 ES to easily carry four adult individuals. Up front, the Lexus hybrid is an inviting place to spend time and get away from the noisy outside world. Lexus has always been known for its comfort and features, and this ES 300h hybrid is no different. This seventh-generation model comes with all the comforts and luxury you would expect from Lexus and doesn’t do anything too daring to mess it up. Behind the wheel, the ES 300h hybrid is a better performer and is much more enjoyable to drive than the previous generation. The 2013 ES has been revised with a new suspension and steering that helps make it more of a drivers car. But it still uses front-wheel-drive and the new rear-drive Lexus GS is the better choice for those looking for sporty handling. The 2013 Lexus ES300h hybrid gets its power from a 156-hp 2.5-liter four-cylinder engine, electric motors, 245-volt NiMH battery pack and a continuously variable automatic transmission for 200 total system horsepower. It is equipped much like an ES350 but adds a vehicle proximity notification system (for public awareness when running on electric only). The ES 300h gets an EPA rating of 40/39 mpg city/highway fuel mileage.

Toyota is the leader in hybrid technology and we could tell in the week of driving, the Lexus ES 300h transitions between gasoline and electric power almost seamlessly. In stop-and-go traffic on I-25 in Denver, the hybrid ran in electric-only mode at gentle rates to 25 mph. And the gas-electric technology felt quick upon acceleration up to 70 mph. The biggest difference in the hybrid over the standard ES is the brake pedal is touchier because it triggers regeneration to charge the battery.

The 2013 Lexus ES has been redesigned and gets a new hybrid model that gets decent to excellent fuel economy depending on how it’s driven. The interior space has been improved, offers a quiet place to escape the outside world and well finished in attractive materials. The new ES delivers a reassuring ride, and improved handling over the outgoing model. The only downsides to the hybrid are the premium in price and 20 percent less luggage space without a long-item pass-through. But the hybrid makes a compelling argument for anyone who needs a four or five-passenger sedan with good fuel-efficiency. 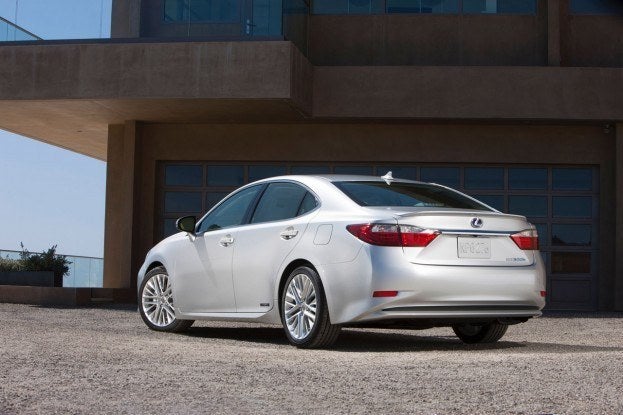 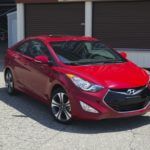