The Lykan HyperSport – a Lesson in Automotive Lust

This…may just be the sexiest modern supercar in existence – and the epitome of automotive extravagance. It’s no surprise, this extremely exclusive hypercar made by the first ever Arabian supercar maker – W Motors, is meant for ultra-rich Arabians.

The Lykan HyperSport was unveiled in January at the Qatar Motor Show with an announcement that only seven would ever be made.

That was right before W Motors was shocked by more than 100 orders for the $3,400,000 supercar from around the world. Needless to say, they’re having to reconsider the intended production numbers.

And let me tell you, if I had a few million burning a hole in my pocket I’d seriously consider buying one too.

You may be thinking “Great, another over-indulgent supercar from the land of gold-plated Lamborghinis and chromed-out Bugattis.” Let me tell you why this car is different… 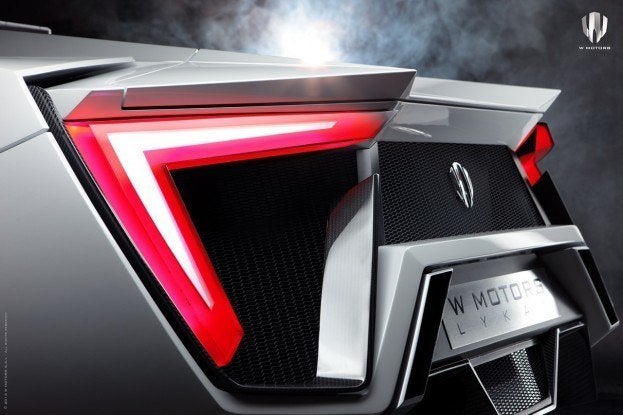 First of all, the Lykan Hypersport has “HOLY CRAP” levels of sexiness. While I realize definitions of a sexy car can be subjective, you’re just wrong if you don’t like this thing. It’s not super-gaudy and glittery, and it grabs attention in the same way that a Lamborghini Aventador would, but to the next level.

It doesn’t have the V12 or W20 engine you might be expecting a car like this to have; in fact it only has a 3.8-liter twin turbo flat-six. Yet somehow, they’ve managed to squeeze out a massive 750 horsepower and 737 lb-ft of torque to the rear wheels that can push this thing from a stop to 62 mph in 2.8 seconds on to a top speed of 245 mph. Impressive.

The whole body (oh that beautiful body) is hand-crafted carbon fiber and fairy wings or something, and (OK well this part’s a bit tacky) the headlights are LEDs encrusted with 420 diamonds (that’s 15 carats worth.) Diamond not your thing? They have plenty of other rare gems to choose from as well. 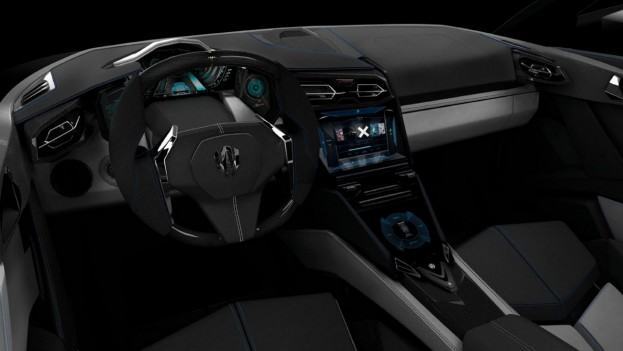 Inside, it’s even more impressive. The seats look like something out of TRON – a carbon fiber shell is accompanied by (I’m sure the finest quality) leather, and stitched with gold wire. Even the key is made from carbon fiber, titanium, and precious stones. The interior is laden with carbon fiber, aggressive angles, and quite possibly one of the coolest steering wheels in existence.

The most impressive part of the whole car is the tech. We’re not talking about a fancy display with diamond buttons or a tired old heads-up display – we’re talking about a freaking holographic display in the middle: 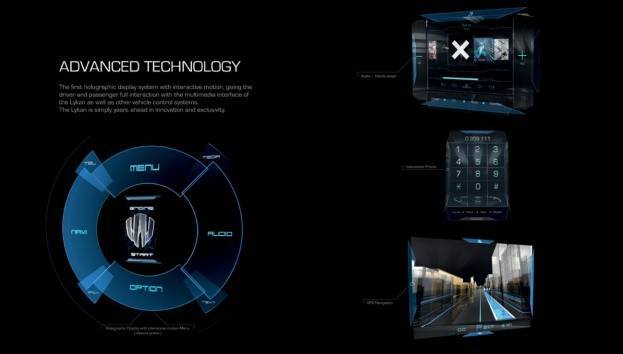 Seriously, is this thing even real? It’s as if the Dark Knight decided he wanted a new Batmobile and went into the world of TRON to get it. You interact with the car by a gesture recognition system within the 9″ holographic display.

The digital gauge cluster is no less impressive: 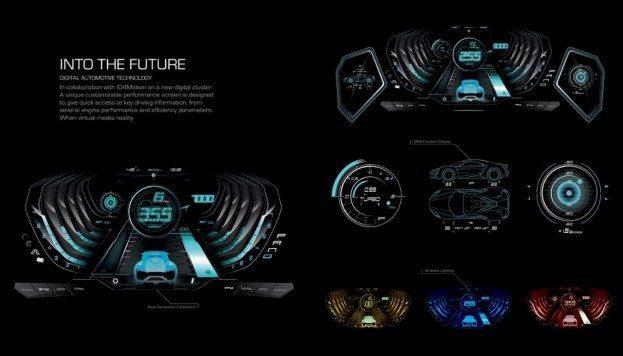 Of course it’s gorgeous, but it also displays all sorts of useful info about the car, engine, performance numbers, and all the fancy stuff you’d expect from a system that looks this cool.

The wheels are lightweight forged aluminum numbers surrounding necessarily massive 15″ brakes with six-piston calipers, and although W Motors mentions the car is available in nine unique colors, I’m sure for the $3.4 million you’re plunking down, they’ll give it to you in whatever color you want. Just don’t get it in chrome, please.

Oh, and they also throw in a watch – a watch designed and created just for Lykan owners. And there are only seven of those that will ever be made.

I swear, I will use every bit of my existence as a reputable (and dashingly handsome) automotive journalist to get into the driver’s seat of the Lykan HyperSport, and proceed to turn the tire rubber into smelly white smoke. That is, of course, if I have any time left after playing with the holographic display like a 12 year old.

Check out the extensive photo gallery of the Lykan below – you owe it to yourself. 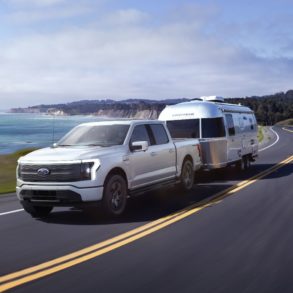