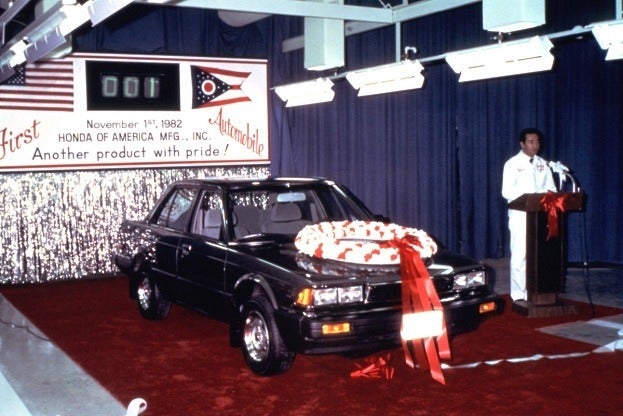 When producing our everyday items, patriotism no Longer has a consistent place in corporate manufacturing in the 21st century; that may not be a bad thing. Decades ago, vehicle branding would easily define the geography of a car. An American branded car would be assembled in the United States along with the vast majority of components. At one time a taboo in reaction to fierce 1980s protectionism of the Detroit Three auto companies, Japanese automobile production in the United States is now a celebrated addition to the country’s economic community.

The synergy of Japanese and North American labour was first realized in 1982 by what is now known as American Honda Motor Company. This month 30 years ago, the first Honda Accord rolled off the Marysville Auto Plant assembly line becoming the first Japanese-based carmaker to operate production facilities in the United States. The auto company started what continues to be an enduring presence in the state of Ohio. Three years after the first US plant where the Accord continues to be built to this day, Honda’s first Canadian assembly line in Alliston, Ontario began operations. Domestic production for Honda was in effort to skirt around export agreements that limited the amount of vehicles that can be shipped to the United States. 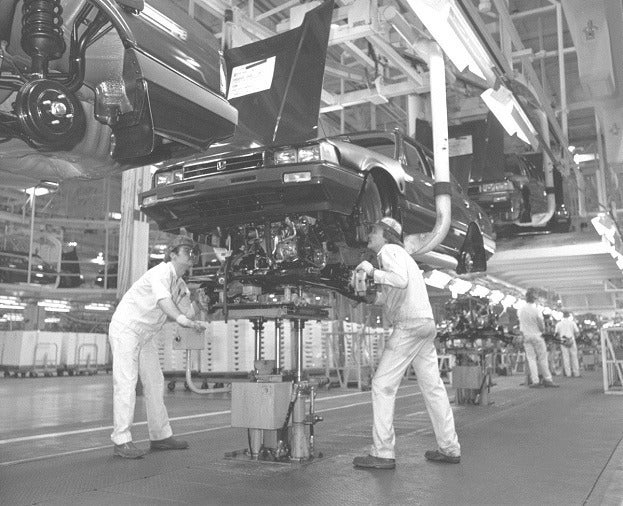 While having a limited manufacturing presence in the United States since 1972, Toyota began assembling vehicles in United States in 1984. The Japanese entered an agreement with General Motors that led to the NUMMI (New United Motor Manufacturing, Inc.) plant in Fremont, California (the home base for Chevrolet and later Pontiac badged Corolla-based vehicle production for more than 25 years). NUMMI officially dissolved in 2010 but currently resides as the source of the second-highest number of US-built Toyota vehicles. Toyota would open their first wholly owned and operated manufacturing complex in Georgetown, Kentucky in 1986. As Honda celebrates 30 years of production in the United States, Toyota has recently toasted their milestone 25-millionth vehicle being built on North American soil when a 2013 model year Avalon Hybrid rolled off the Georgetown assembly line on the 30th of October. Nissan’s history in the United States has also been storied. Mid-2013, Nissan North America will ring in 30 years of production at their Smyrna, Tennessee plant. Nissan’s Smyrna manufacturing facility accounts for just under 6,000 employees of what is currently around 12,000 US production workers for the Japanese auto company. Toyota’s overall workforce in North America is said to be 365,000 while Honda accounts over 24,000 workers on this continent in vehicle production alone.

In the near future, Japanese automakers are evermore determined to expand North American vehicle production. Even prior to the major damage caused last year that crippled their manufacturing capacity for months, Japanese automakers have been intent on making a bigger footprint in North America. Higher costs to produce vehicles in Japan and the importance of the United States auto market has made wider spread manufacturing capacity within the country more attractive. “This Lexus production increase, and the several announcements before it, reflects our growing optimism for an improving North American market and our intent to localize more production,” said the Executive Vice President of Toyota’s North American manufacturing operations Steve St. Angelo.

With the electrified vehicle build-up in the automotive market, the tides of Japanese carmakers have presented the United States and Canada as a growing manufacturing mecca. Along with producing the lithium-ion batteries, Nissan is producing the all-electric Leaf in Tennessee. Honda has also added production of their current Civic Hybrid from Japan to Greensburg, Indiana to better supply the North American market. The gasoline/electric hybrid joins the conventional Honda Civic and the all-new Acura ILX. As Honda’s Acura brand desires a greater foothold in the US market, the Marysville Auto Plant is slated to become the future production facility of the NSX supercar. 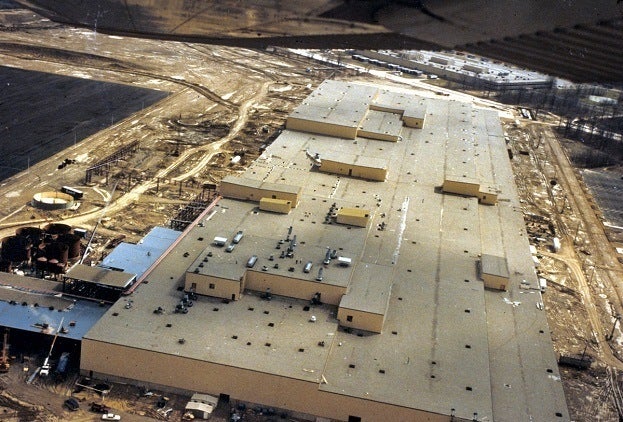 In 2008, rumours hinted that Toyota was looking at building the popular Prius in the state of California. As gas prices launched runaway levels, the gasoline/electric hybrid was flying out of dealerships at higher than MSRP (Manufacturer Suggested Retail Price) thereby making the potential to increase the Toyota Prius supply tempting. Any plans were ultimately suspended when the economic crisis cooled the auto market. While the Prius is still being manufactured in Japan, Toyota’s production of the 2012 RAV4 EV depends on electric powertrain components from the Tesla Motors-occupied Fremont, California plant and final assembly in Woodstock, Ontario, Canada.

With several examples existing where international influence has injured North American markets, the auto sector has and continues to adapt well to global competition. As 30 years of Japanese vehicle production in the United States is currently being marked in a “business as usual” manner with perhaps the occasional banner, a positive effect of fair globalization has given steady employment to many North American workers and furnished greater choice for consumers.