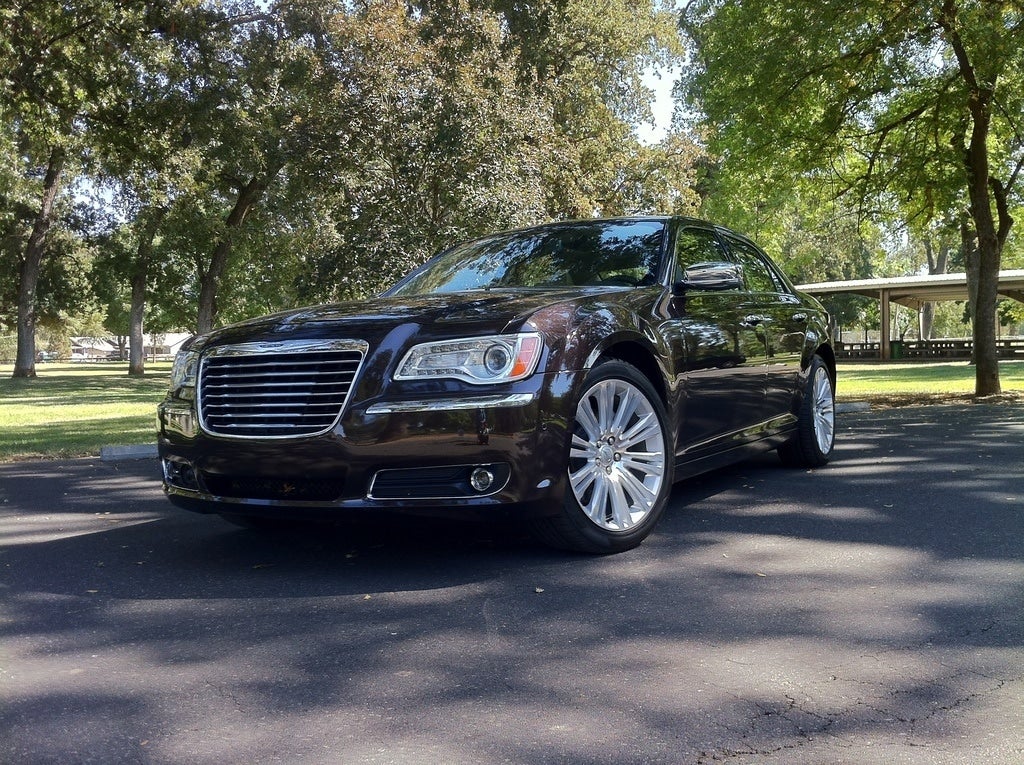 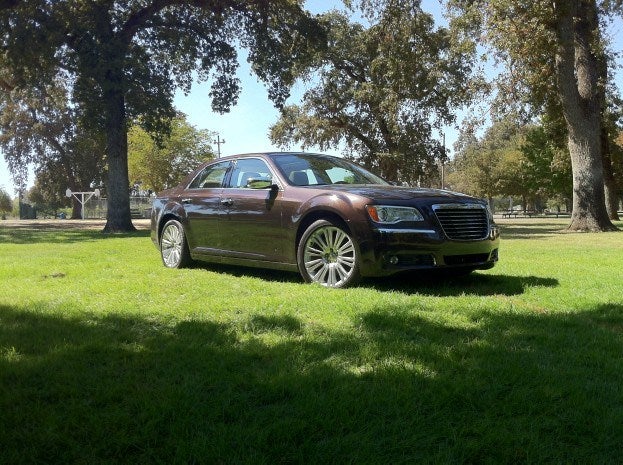 Is the era of the big American sedan over? Not if the 2012 Chrysler 300 has anything to do with it. Ford finally cancelled the Panther cars recently and left the unibody, front-wheel drive Taurus in its wake – the same has happened at Chevrolet with the Impala. Chrysler stands alone with its full-size, rear-wheel drive sedan. The 300 has a formula that resonates with a lot of people.

In about 2004/2005, among the American automakers it was the Chrysler Group (then under the ownership of Daimler) that had serious momentum. That was primarily do to a due of hit products: the Chrysler 300 and Dodge Charger. The brash, rear-wheel drive 300 sedan in particular captured America’s attention, and it sailed over the six-figure sales mark. Sales petered after a while, as it lost its hit product. That left Chrysler free to focus on fixing what needed to be improved. 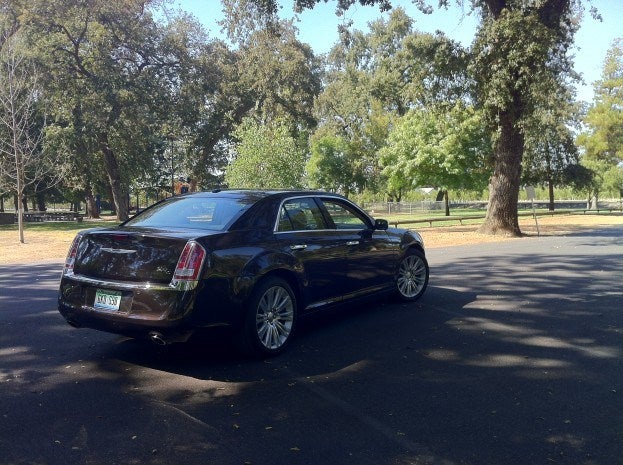 At the time of its introduction many noticed elements of the car that needed fixing: the interior’s design and quality, for instance, were substandard. Fast forward to today and Chrysler is back on the upswing, after a bankruptcy process that resulted in a partnership with Fiat. The 300 is perhaps the best example of what the company is capable of.

When looking at the 2012 300, you can’t help but get the impression that it is from a different era – and we say that in the most positive light, as the 300 is thoroughly modern in every aspect. The type of luxury it gives off is a feeling of optimistic, flamboyant Americana. Art Deco comes to mind – the stunning shade of brown and two-tone combination of tester’s interior played a big part in that.

When images of the new 300 first surfaced a while back, reaction on the internet wasn’t enthusiastic to say the least. That’s because 300 wasn’t considered a revolutionary change. Many thought that some of the swagger of the previous car was taken out. However, photos didn’t (and don’t) do this car justice. Leave it to skilled designers to know what we want before we want it. In person and on the road the 300 has an incredible presence. We’ll admit to never being huge fans of the previous 300, inside or out. Its main redeeming quality (to us) was the fact that it was driven by the rear wheels. The previous generation 300 looks downright crude and unsophisticated in comparison to the new model. It’s amazing what a reworking of a sound overall shape can do. From the day we saw the new 300 in person it made an impression. 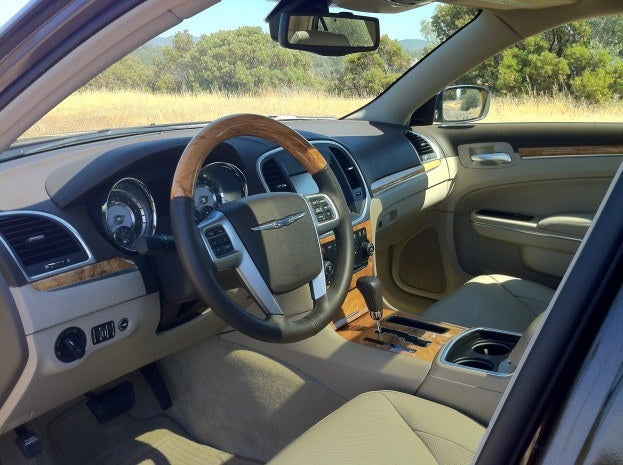 Another thing that doesn’t quite come across in pictures is just how big the 300 is. It is a large car, with a heft that you can feel from behind the wheel. Space is abundant – look behind you and there is ample room for rear seat passengers, look ahead and the long hood stretches out before you. Our tester was equipped with an array of sensors that made parking a snap.

On the road, the 300’s suspension is properly tuned for its mission – comfortable, quiet cruising. There is some body roll at speed but things are pretty tight and well controlled. It’s a road trip vehicle we’d pick in a heartbeat, and rear seat passengers would concur. The length of the car enables a gentle rake of the rear seatback – a detail you don’t notice as much until get in a smaller car where space is a luxury. 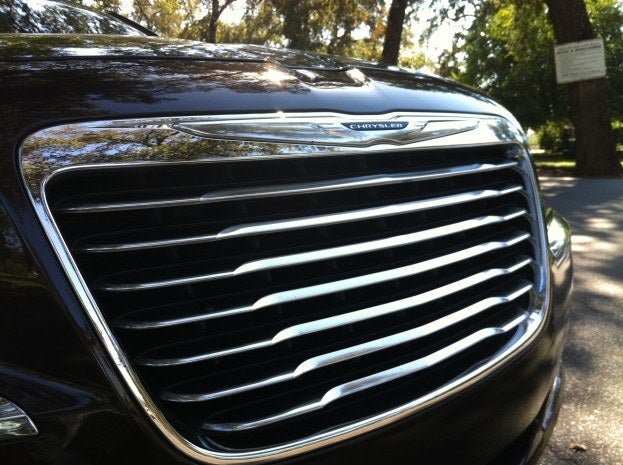 The centerpiece of the 300 lineup (for most anyway) is the 300C with a 363 horsepower 5.7-liter HEMI V-8. To our ears, there is no doubt what is under the hood. Step on the accelerator and the 300 shoots forward with a roar, reaching 60 mph in under six seconds. Loaded up with every option in the book, our tester rang in at about $47,000.

The current 300 has moved up to a whole new level versus the previous car. It is playing in a luxury arena, and the price tag is there to match. Chrysler has responded to the sales data it sees, determining that the mix is skewing toward loaded models. High-end Executive Edition models and other special edition trims have been trotted out to take advantage of this. For years Chrysler has tried to pitch the idea that it is a luxury brand, and it has largely fallen on deaf ears.

With the 300 at least, the claim can be taken seriously. The fact that there are still decidedly mainstream models in the stable though, such as the 200, means that there is a lot of work left to do. To move forward as a brand, Chrysler has to figure out exactly what it wants to be. We’ll leave that to the brand experts to figure out though. The bottom line is this: if Chrysler’s upcoming models (next-generation 200 we’re looking at you) are anything up to the standard set by the 300, we’re looking forward to the brand’s future.

Disclaimer: This tester was provided by the manufacturer for the purposes of evaluation 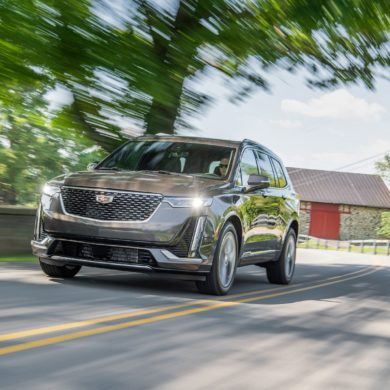 2020 Cadillac XT6 Review: Better Than The Escalade? We Think So