The Rogue hasn’t changed much since it was restyled inside and out for the 2011 model year. For 2011, the electronics were advanced, and the packaging of the models changed. The 2013 Nissan Rogue is a compact SUV and offers seating for five. The Rogue is based on the Sentra sedan platform and competes in the highly competitive small crossover segment. Those competitors would include the Honda CR-V, Toyota RAV4, Hyundai Tucson, Subaru Forester and Chevy Equinox. 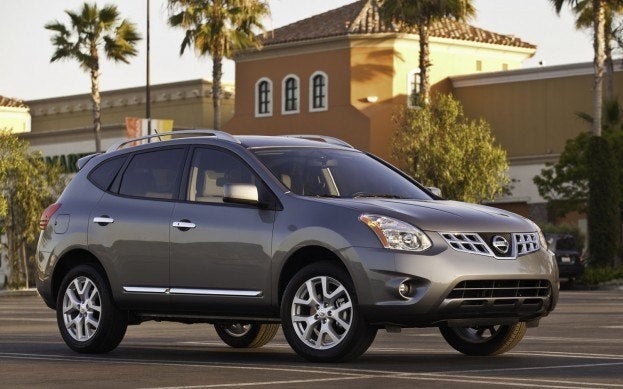 All-wheel drive is available for all-weather driving capability. The Rogue is designed to be a daily commuter and weekend runabout, but it’s certainly not an off-road adventure vehicle. With a towing capacity of just 1,500 pounds, it’s meant more for city driving duties. The Rogue features a spacious cabin for a small crossover. The interior is trimmed with quality materials and has a tight finish. The dash gets molded in a soft-touch material that could be out of an upper level Infiniti. The door tops also have a nice soft-touch material with the rest of the materials in price-appropriate plastic. The driver’s seat is comfortable and offers six-way power adjustability.

The second row is roomy and offers plenty of head and leg room for adults. Cargo space is not at the top of the class but is good for most families needs. The second-row seats split 60/40, and they fold flat in an easily in one-step. The cargo capacity opens up to the maximum 57.9 cubic feet of useful space.

On the Rogue SV, the front passenger seat folds flat for additional cargo carrying ability A cargo floor undertray is featured on all models and there are also grocery bag hooks and tie-down points in the rear cargo area. Rogue’s 2.5-liter engine makes 170 horsepower and 170 lg ft of torque. It’s mated to a continuously variable transmission (CVT) with a Sport Mode. The CVT is used in many small vehicles today and aids in increasing fuel economy. And fuel economy is quite good in the Rogue, with an EPA-estimated 22/27 mpg City/Highway with AWD.

The Rogue is not built for towing nor is it intended for off-road duty, but is based on a car platform. That makes it ideal for a commuter vehicle, it’s a crossover with car-like manners and is one of the better handing compact SUV’s. The 2013 Nissan Rogue AWD is a highly capable all-weather daily commuter with plenty of cargo space for a small families needs. 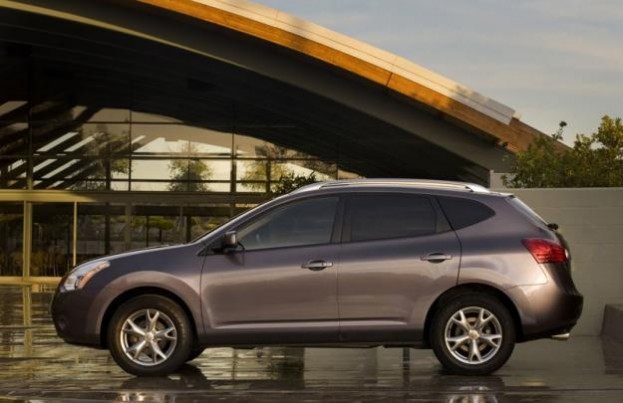