The ownership experience of a Porsche is viewed as one of the most sensual in the global sports car market. While the Porsche line-up has expanded to include vehicles like the crossover Cayenne and four-door Panamera, the essence of the German sports car company has remained based on the rear-engined 911 model.

Balanced, thrilling handling and the power of flat-6 powerplants makes the brand new Porsche 911 a special, almost angelic icon in the exotic car category. Despite all the unique passion, history and design linked to the Porsche 911, the sports car is still a complex collection of parts working in concert; a fact that makes the Porsche not so different from any other automobile. Making the Porsche somewhat more mortal is a newly issued safety recall by the automaker for their flagship sports car.

As the newest, longer, more powerful 911 class vehicles enter the United States marketplace, a safety defect risks slowing the 408-horsepower version of the Porsche 911’s lightning fast launch into American showrooms. This past December, there was a report of a fuel leak on one of the 2012 model year 911 generation Porsche Carrera S cars. Investigations discovered the gasoline leak resulted from a disconnected fuel line on the 2012 Porsche Carrera S. Through investigations of the issue, it was determined that a quick connector between a plastic and aluminum fuel line was prone to coming unattached. A defect believed to be “a result of assembly error” according to the NHTSA, fuel line connection’s release button has been making contact with a nearby coolant line. After the course of time, movement of the 2012 Porsche 911 Carrera S could cause the quick release button to disengage the fuel line. Results of a fuel line separation could involve stalling or an increased risk of fire. The National Highway Traffic Safety Administration (NHTSA) notified Porsche Cars North American of the problem on March 20th. The voluntary recall was issued three days following the official NHTSA letter was sent to Porsche. Through the manufacturer’s remedy of the 2012 Porsche 911 Carrera S, authorized mechanics will install a spacer between the fuel and coolant lines to prevent any interaction that could dislocate. There will also be an inspection of the fuel line and quick connector insuring they are properly in place. An additional spacer ring will be applied if there is contact between the fuel line and coolant line.

With recall notices often linked with high volume cars and crossover vehicles, cases where exotic vehicle builders, such as Porsche, are pressed into safeguarding the safety of their vehicles in post-production can provide a sense of amusement for those unable to realistically afford the hottest street machines. The Porsche 911 Carrera S is not the only vehicle premium sports car to be confronted with a potential safety defect. In 2010, several reports and videos highlighted many examples of the brand new Ferrari 458 Italia going up in smoke. Linking the fires to engine heat shield adhesive, Ferrari initiated fixes for the 458 Italia coupes. 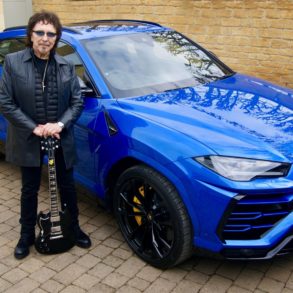