For another year, Santa Claus competed his tour across the globe distributing gifts for up to 267,300,000 homes and residences in 2011 to the attention of good children. Again, the Christmas time delivery of presents worldwide remains to be a baffling development.

An age-long question concludes to go unanswered; how does Santa Claus completes so many deliveries in just one night. Ford Motor Company calculated that a trip just less than 441,447,814 miles was completed by Santa’s sleigh this year. In other real-world assessments of the annual journey with nine reindeer, Ford crunched numbers speculating that the 2011 trip would require 182 million pounds of food for the well-being of the reindeer. Twisting the spirit of Christmas, Ford stuns us with the announcement that Santa’s over 441 million-mile trip emits 214,670 tons of carbon dioxide. News that definitely provokes environmentalist to surface misgivings on Santa Claus, Ford floats a proposal for a more fuel-efficient travel vessel.

Though the power from an intrepid group of magical reindeer have been the traditional mode of transport for Santa Claus’ sleigh, Ford Motor Company believes their EcoBoost technology will be the source for future Christmas carols. The turbocharged, direct-injected one-liter engine found inside the Ford Evos concept sleigh propels Santa Claus and the sizable cargo with 123 horsepower. Productive EcoBoost power, the high fuel efficiency is aided by an EcoMode that relays gas-saving information for the jolly elf. It is in this area of fuel consumption Ford claims their Evos concept sleigh can reward Santa with up to a 90 percent reduction in fuel costs. Said to complete the entire 2011 Christmas Eve night trip on 10,011,868 liters (2644855.7 gallons) of gasoline, Ford estimates a total cost around 15.5 million dollars American for fuel. The new Evos concept sleigh is also said to emit less Co2 emissions than the nine-reindeer team that pulls Santa’s famous vessel through the world journey.

Jingle bell rocking behind a steering wheel, Santa Claus will find the Ford Evos concept sleigh’s interior is optimized with the power of Ford SYNC. Featuring connectivity options linking Santa’s smartphone through the in-car entertainment system, there is never a reason to take the modern reigns of the Ford-powered sleigh thanks to hands-free calling and audio incoming texts. With 267,300,000 deliveries, Ford SYNC also provides vital and accurate navigation assistance to negotiate around changes of scenery since the previous year’s Christmas Eve voyage. For some entertainment through the few spare moments, Santa Claus’ Ford Evos concept sleigh offers SYNC’s audio options including Bluetooth audio streaming and voice-activated MP3 music searching.

Ford Motor Company’s work to redefine the sleigh is not the first time a company has trekked into the definition for the tradition of Santa Claus. Coca-Cola has received credit for the modern image of Santa Claus while department store Montgomery Wards published the first account of Rudolph the Red-Nosed Reindeer in 1939. Even in the Will Ferrell movie Elf, Santa’s sleigh employed a jet engine to compensate for the lack of Christmas cheer.

While Ford’s plan to replace Father Christmas’ classic ride with the Evos concept sleigh could be a push using the scientific merits developed for greatness for the Everyday world we life, the legend of Santa Claus is propelled by the magic of Christmas. It reasons to believe that the reindeer serving alongside the jolly man in a red suit are also maintained under the same magic. The mere thought of replacing the beloved reindeer with a fuel-driven automobile could in fact be material to put some Ford engineers on the naughty list for the 2012 Christmas trip. Accepting the Ford Evos concept sleigh as a thoughtful alternative to the one-night global trip should at least be appreciated by the favourite elf. 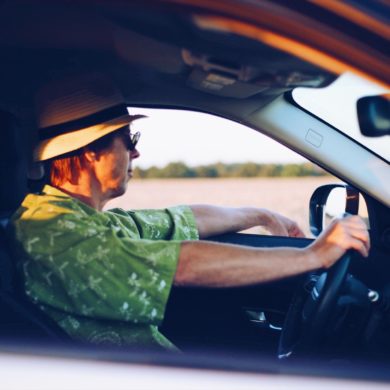