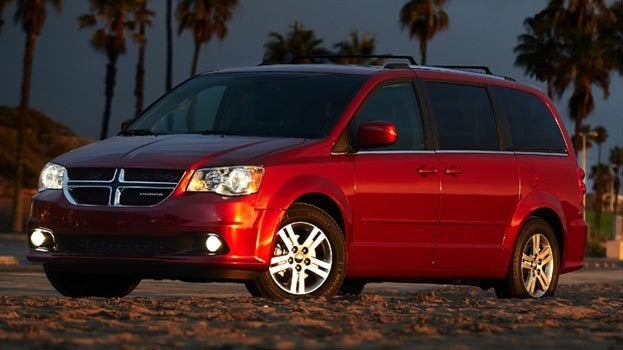 Chrysler has recently blasted the media with a “Get back to American made products” campaign that pulls on our heartstrings and makes us walk away from the family room with the same feeling that we had when Rocky won the title. I can’t help but ask myself if it’s too little too late. As the Japanese products continue to improve and beat us out on our own turf, the big three may have little hope of a comeback.

Being a somewhat devout German import fan, I likened the advertisement blitz to a shallow attempt to boost sales in a struggling economy. Then I sat in the 2011 Grand Caravan Crew. At once I noticed that the normally plastic infused interior was considerably more refined than its predecessor. Soft touch points abound as I struggled initially to find anything to complain about. 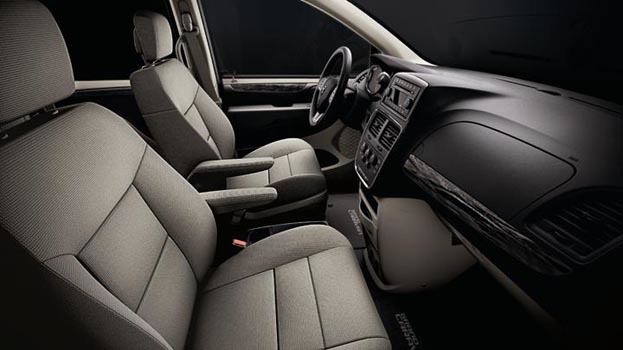 I prefer to jump into a car and test the user experience by driving off without reading the manual. If I can get going without having to take a night class then the engineers and designers have done their jobs effectively. The Grand Caravan is easy to negotiate and the manual remains in the glove box. The cockpit controls are well placed and marked. Point to Dodge.

I have had some difficulty with the entertainment head unit, however, which is a sticking point for me. If I, the techno geek in the house, am having trouble with the audio layout and operation then my wife will be doomed at the helm. The satellite navigation and audio controls are far too separated for my taste. The Bluetooth was quick to set up which buffered my aggravation so we will call it even.

Dodge seems to be targeting the Gen-X demographic here as the rest of the interior operates quickly and intuitively. The second and third row seats folded away with little effort and the fully loaded model comes complete with a DVD player and remote headphones which we all know will keep the passengers engaged for hours on end during longer road trips. 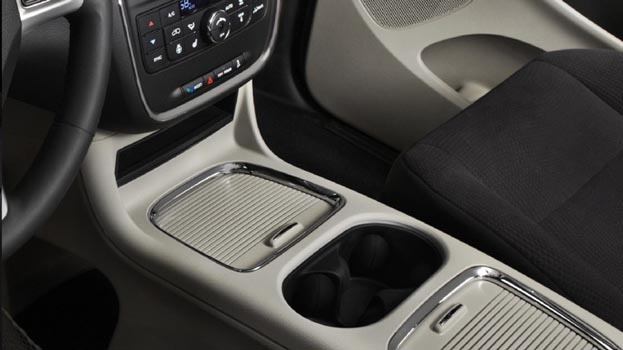 The exterior has been smartened up as well. It only took Dodge 18 years to get hip to the fact that a minivan does not have to look like a matchbox. The 2011 gets a more aggressive snout and swept look more in line with its stronger and more athletic family members such as the Durango and Challenger. Yes, I said it. There is a movement toward inclusion of consistent family lines that is making its way across the entire brand though somewhat slowly in the case of the minivan segment. With minivan owners we have to be careful not to make any large or quick moves as we may scare them away.

The power train is no slouch either (2011 provides us with a 2.6 liter driving 283 brake horsepower). I fully expected to pull into traffic and toil away in the right lane with this 4500 pound behemoth. Instead, I found myself struggling to keep it under the speed limit. This was mostly due to my fascination with the surprisingly throaty exhaust note which drove me to press just a tad harder on the skinny pedal in order to hear the van kick up a gentle roar. We now have an Econo mode which is supposed to increase mileage but I found it to be too taming of the V6 Pentastar. With Econo engaged the shifting is slow and cludgy and the whole experience was reduced to the point that I doubt that the little green button will be often used. Econo mileage in daily city use was no greater than 20 MPG (Dodge claims 17 on the sticker) which was not enough of a savings to warrant the poor performance. I got 18 with the Econo disengaged so that is almost a no-brainer. If mileage is a real concern then you may want to look to a 4 cylinder instead. With the Econo option disengaged, however, I was very happy with the performance. Coupled with a newly designed suspension, the power train was a very welcome addition. 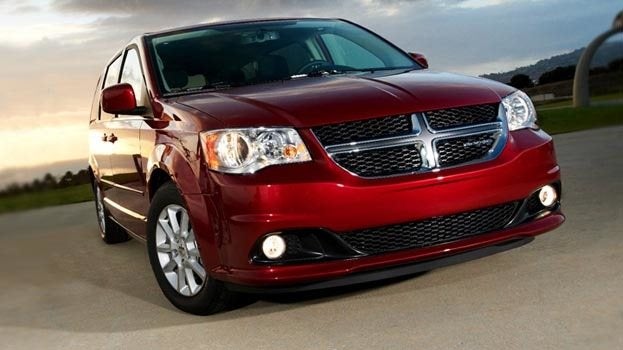 With a sticker price of $34,890 I don’t know that this model is going to reach the intended demographic. I am more inclined to spec out a base version for $6200 less though I was having a ball with all of the bells and whistles. I am apt to load this wagon with dive gear, bicycles and hiking equipment than with babies or a 5th grade soccer team so my needs are significantly different. I did take advantage of my test week to help a friend move and was able to transform the grocery getter into a panel van with just a few tugs of the easy to understand stow and go directions, filled the space with boxes and golf clubs then made use of the available tie down points. The usable volume was adequate as the seats folded flat into the floors and provided plenty of room.

I have to give credit to the RAM engineers as they have taken advantage of the Stow and Go design to produce a set of seats that flip backwards to provide setaing facing out the back of the van. I can see how this would be great for fishing or a drive in (if you can find one these days). Another point to Dodge. I found a decent walk through video linked to this jump. 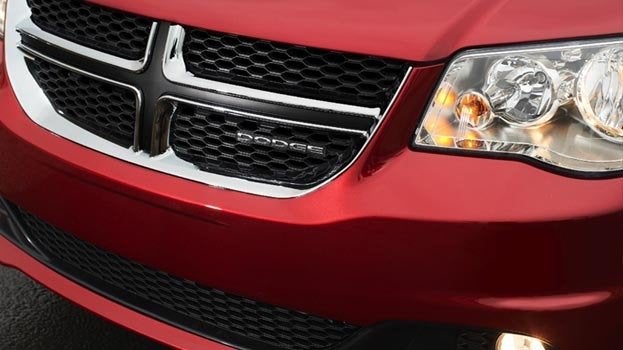 I found the road noise to be a little high considering the price point but do understand that there is a significant amount of open space which is more difficult to deaden. I would like to see Dodge follow in the footsteps of the considerably higher priced Lexus or Volkswagen in this regard. I am betting that the Stow and Go comes at the cost of sound deadening materials.

So what did I find to criticize? For starters, the captain’s chairs, although quite comfortable, were set too far from the door armrests. I felt like a child sitting in Dad’s La-Z-Boy. Another point of contention was the operation of the spare tire. I managed to get the thing to drop from its crow’s nest under the center of the frame but would not expect my wife to figure this out alone on a rainy night. I also had to snicker at the oddly placed shifter. The trim model that we were provided with included a Tiptronic-esque transmission. Tip? In a minivan? That’s the equivalent of drinking near beer at a frat party. They just don’t go together. 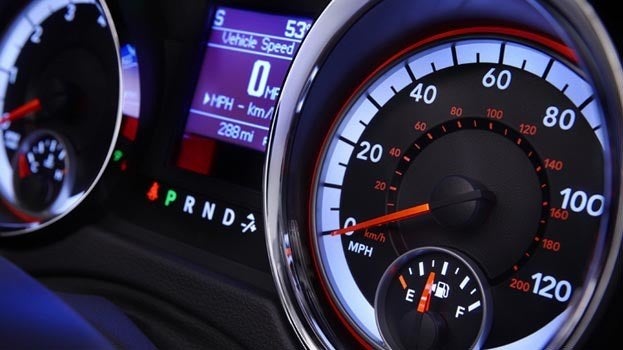 The Caravan is quite a jump from previous models but still falls short of what the imports are doing. If the base price were significantly lower than I may be able to forgive such a gap but if you are going to climb off the porch to play with the big dogs then you need to bring your A-game.

Overall I will say that the Caravan was surprisingly more than I had anticipated. It was far from disappointing but others in this class are stronger contenders for the money. Detroit has done a good job of firing a warning shot across the import bows and demands a hard look especially of you want to buy American. If Dodge were to start to leak their R/T options into the other models then we might really have something. I would certainly recommend the purchase but only after having spent some time behind the wheel of the Toyota and Honda offerings (to be fair, Honda’s Odyssey climbs outside of this price point). The Caravan’s competition suddenly restyled after the Dodge release which tells me that they are weary of the underdog coming up to bite them from behind. Maybe the U.S. car manufacturer can recoup floundering sales after all. Detroit, you have our attention. Now make us proud. 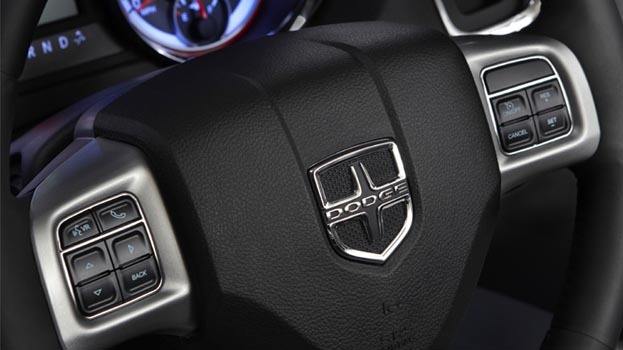