Once a lavish piece of electronic gadgetry, Global Positioning System (GPS) devices has entered the mainstream in recent years of motoring. Today, either factory-outfitted and aftermarket GPS units are as commonplace as air conditioning or an ice scraper. As these high-tech guidance devices become widely available, the GPS manufacturers are rapidly adding content to serve drivers with an accurate, reliable and fulfilling driving experience. Working with partners Locutio Voice Technologies, Spot It Out and Lucasfilm Ltd., Garmin has brought their product users the ability to travel areas of the globe through inspiration from a galaxy far, far, away.

A downloadable upgrade for $12.99 US, one of cinema’s most prosperous science fiction franchises can be downloaded into your Garmin brand GPS device. Adding the Star Wars theme to a Garmin unit guides your vehicle with equal reliability by what will be key members of the Force’s two opposing sides. Now available at the Spot It Out online store and Garmin.com, the universes most feared forms of evil Darth Vader leads the driver with his deep voice. If seeking protection of the good side of the Force, users of Garmin units will have to wait for their new hope. Representing the side of the Jedi Knights, the voice of Master Yoda is being readied for release to Garmin devices soon.

Along with providing important driving information, both Star Wars voices offer entertaining dialogue from the classic movie woven into directions. For Darth Vader, the dark lord of the Sith will randomly utter phases such as “Proceed to the highlighted route. Your destiny lies with me. Obi-wan knew this to be true” and “Traffic ahead. The Emperor has foreseen it.”. Along with Vader’s voice, other audio effects include the sound of Imperial TIE fighters and lightsabers. As well as recreating the Star Wars movie special effects, the Darth Vader voice download can also play the hunting but identifiable John Williams orchestrated Imperial March tune.

Currently available only for TomTom devices, the Yoda voice download mimics the Jedi Master’s unique speech structure. One phrase Garmin customers can look forward to hearing is “You have reached your destination. Powerful, you have become”. The Yoda voice will also be accompanied by the main musical theme for the Star Wars movie giving the driver a feeling of duty and accomplishment of a Luke Skywalker.

While Yoda‘s voice is upcoming, there has been no mentions of other Star Wars characters being added to the Garmin voice library. Personally, I could envision the voice of Admiral Ackbar providing an amusing GPS voice. I can just hear the scream “It’s a trap!” coming in handy when entering a traffic jam. Unfortunately, I can also imagine a Jar-Jar Binks voice is probably at the bottom of the list of software developers and perhaps customers.

Feeling the influence other customizable pieces of electronic media, the addition of Darth Vader and Yoda voices to a portable GPS devices is the latest enhancement to add personality to a navigated drive. Earlier this year, rival TomTom released an Apple iPhone app providing point-to-point narration by Homer Simpson. Both TomTom and Garmin have a specialty voice library that includes Knight Rider’s K.I.T.T. as well as SpongeBob Squarepants. Following the purchase and download of one of these voices, the software can be loaded to a computer or directly to a compatible GPS Unit.

For those navigating unfamiliar roads during a vacation driving or just seeking a little guidance in locating that new store, the Force can now be with your Garmin GPS system. 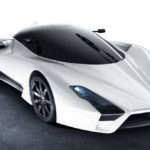 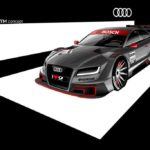