Mercedes-Benz B-Class Looking for an A Grade 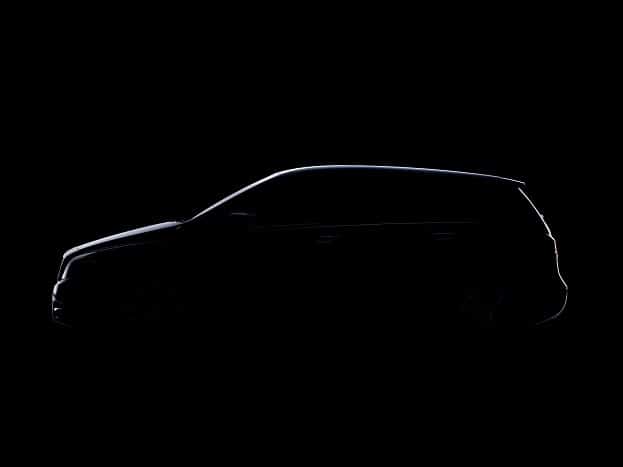 Exercising care with how they choose to portray their luxury car brand in the United States, Mercedes-Benz has maintained the C-Class as the closest entry-level offering. In Europe where smaller cars are a common sight on tighter roads, vehicles like the A-Class micro car has been trusted to wear the Mercedes-Benz tri-star badge despite being a more accessible product. Canadian customers have been catered with the larger but still compact B-Class wagon but plans to bring such a vehicle cross the border has not materialize for almost 6 years. After long hesitation, rumours are stronger than ever that the United States will receive the upcoming Mercedes-Benz B-Class as part of the German luxury car company‘s attempt to meet stricter CAFÉ standards. Providing a complete overview of what is expected in 2012 for the European model, indications are encouraging for what prospecting North American buyers can look forward to shortly.

A compact sport wagon, the B-Class’ latest generation of development on the exterior is optimized for the reduction of aerodynamic resistance. Drag coefficient of the new compact car is rated at an ultra-slippery 0.26 rating (the exact same as the Toyota Prius). Utilizing the lowest possible roof height, the new B-Class involves a windshield carefully raked for airflow over top of the vehicle. Care by Mercedes-Benz brand engineers also went into the shaping of the outside mirrors. “Apart from an aerodynamically efficient basic design, these include numerous optimisation measures on points of detail, such as the air flow around the front wheels, the underbody design and the flow of cooling air.” says Daimler AG Head of Aerodynamics Dr. Terry Woll. Perhaps the most unique exterior design feature being introduced on the Mercedes-Benz B-Class is the patent pending serrated wheel spoilers. 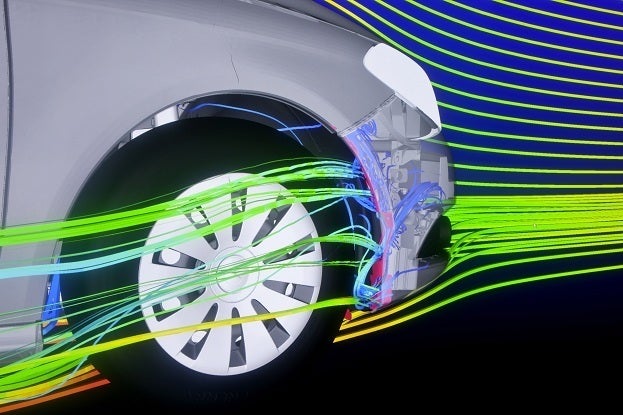 Almost 2 inches lower than the previous vehicle, interior space is kept abundant. Maintaining vehicle class-leading headroom, the new Mercedes-Benz B-Class features seating with more upright support compared to its predecessor. Optional EASY-VARIO-PLUS is an interior feature on the B-Class assisting in the maximization of cargo holding. With Mercedes-Benz’s EASY-VARIO-PLUS, the front passenger seat can be folded flat while the B-Class’ rear seat can be moved more than 5.5 inches forward.

The new Mercedes-Benz B-Class will boast an improved suspension system featuring better balance and control. Unsprung weight within the suspension system is reduced using aluminum links. The refined Electronic Stability Program (ESP) now employs Torque Vectoring Brake designed to provide additional counter to oversteer. Electric-assist power steering is also included on the B-Class calibrated to compensate with varying driving conditions such as rough roads and crosswinds. For added safety gained through the optimization of electronic aids, a new parking brake on the B-Class gives a new level of peace of mind to vehicle occupants. Activated by the press of a button, the Mercedes-Benz B-Class can operate as an emergency brake when speeds exceed 4 kilometers per hour (2.5 miles per hour) with four wheel braking through the ESP system.

Under the hood, there are four engine choices being introduced on the European model of the revitalized B-Class. Two completely revised gasoline powerplants consists of either a 1.6 liter or 2 liter displacement size. Generating 122 and 156 horsepower, these gasoline-burning engines feature the latest application of Mercedes-Benz’s BlueDIRECT injection system. Power for the new Mercedes-Benz B-Class in the North American market will more than certainly come from the 2-liter gasoline powerplant. There will also be two diesel engine choices for the tastes of the European motorist. Start/stop technology will be present in every 2012 Mercedes-Benz B-Class. Six-speed manual and seven-speed dual clutch transmission is configured not only for economical performance but also for smooth, sporty shifts. Remaining as a front-wheel drive only vehicle, there is no plans to offer an all-wheel drive upgrade on the B-Class to compete with the Audi A3.

With information provided on the new vehicle, the new Mercedes-Benz B-Class is still awaiting its official unveiling to the motoring world. Expect the new grand sports tourer to be given its first public display at September’s Frankfurt International Motor Show. The Mercedes-Benz B-Class’s premiere will be followed by a quick turnaround for late 2011 sale for the European market. North American sales information is not yet announced.