Entrusted with maintaining a vehicle’s fluid rolling and supplying traction when most necessary, the four tires on an automobile are burdened with considerable chore in transporting us from point A to point B. Changing significantly in size, construction and performance, today’s tires can last up to 80,000 miles on a vehicle depending on driving habits as well as maintenance. However, even after 100 years, the infamous tire puncture is still a susceptibility that drivers must endure. A puncture will eventually cause a tire to lose air pressure affecting handling, fuel economy and even safety of the connected vehicle. At the Michelin Challenge Bibendum 2011 in Berlin (global sustainability event where the Porsche Boxster E appeared), the famous French tire company exhibited a tire technology that could provide instant aid against punctures.

Promoted as the world’s first self-repairing tire, Michelin has created a unique rubber compound engineered to immediately plug minor tire pressure leaks. So quick in repairing a leak, the tire’s puncture is sealed before even a minute amount of air has escaped. Preventing air the air from venting, the self-repairing Michelin tire will retain its performance as well as its handling properties. Besides the different composition, the Michelin self-repairing tire does not exhibit any negative effects on overall longevity of the rubber compound, safety or fuel economy. Michelin actually promotes the self-repairing tire technology as an environmental solution since it prevents the need for some replacement tires. The Michelin self-repairing tire can also be another incentive for automakers to forego the traditional spare tire. The Chevrolet Cruze and the Nissan Leaf are some current cars already absent an on-board spare tire.

According to their information, Michelin says on average in Europe a tire puncture occurs once every 75,000 kilometers (roughly 46,603 miles). Though Michelin did not release any numbers for tire punctures in the United States, the company did indicate what must be their likely market for a self-repairing tire compound. In parts of Asia, puncturing of a tire is said to happen after just 3,000 kilometers (around 1,864 miles). Since the Asian market is a major growth area in the global automotive economy, the potential of preventing constant puncture repairs could be as significant as the growth of radial-ply tires in the 1960s and 1970s.

Though the self-repairing tire would prove incredibly convenient for upstanding everyday drivers, there might be an issue with such a tire innovation when a police pursuit needs to be concluded. The current spike strip police use in ending prolonged or potentially dangerous driver pursuits could prove much less effective if a tire can reseal itself after running over nails. The deployment of tires using Michelin’s technology will likely require law enforcement authorities to rethink pursuit tactics and/or tools to ending chases.

Without being named for production, the self-repairing tire technology was part of Michelin’s display of potential automotive innovations. Other ideas proposed by Michelin during the 2011 edition of the Challenge Bibendum was a radically small but lightweight 10-inch wheel and tire combination as well as a longer 19-inch diameter designed to optimize automotive hybrid drive systems. 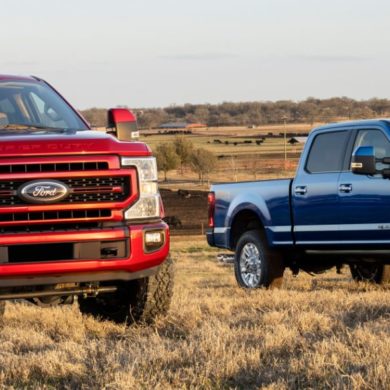