Considered a ‘baby 911’, the Boxster-derived Porsche Cayman launched in 2006 as a mid-engined coupe. Without enjoying the vast assortment of models such as the Porsche 911 line-up, the Cayman still provided intrigue with the Cayman S model. At the past Los Angeles Auto Show, Porsche added some variety to the model range by taking the covers off the high-flying Cayman R model for 2011. Deciding not to end the party for Cayman fans, Porsche officially brings black to their entire two-door sports car line-up. As the 911 and Boxster enchanted us with the mystery of the Black Edition, Porsche’s entry-level Cayman S coupe receives special treatment. 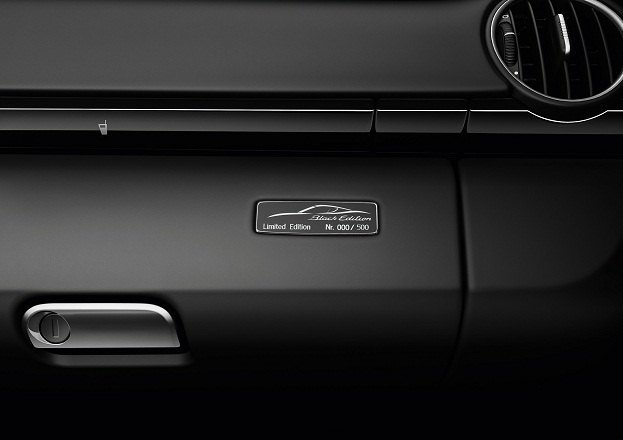 Unlike the Black Edition of the Porsche 911, the Porsche Cayman S variant offers a transmission option. For sports car purists, a 6-speed manual gearbox offers a reasonably low-tech operation allowing driver and machine to be married in the art of performance movement. Giving up fuel economy over the more precise PDK transmission (losing 1 city and 3 highway miles per gallon), the six-speed manual-equipped Porsche Cayman S Black Edition does allow an incremental top speed increase bringing the car up to 173 miles per hour. Existing in only 500 Porsche Cayman S models, the Black Edition will retail for $67,500 in the United States. Each model comes numbered with a special Cayman S Black Edition plaque on the dash.