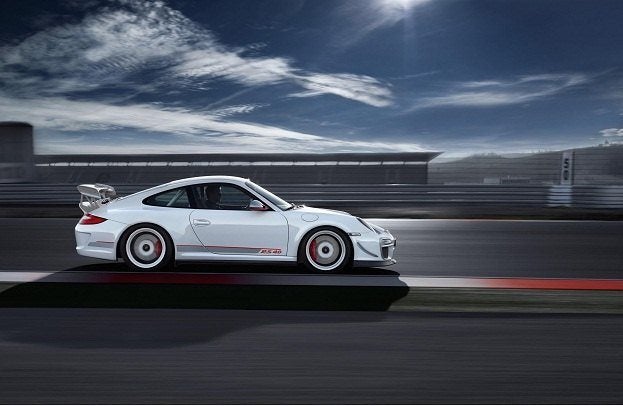 In 1998, many Porsche enthusiasts solemnly expressly concerns that the heart of the classic 911 sports car was going to be lost as the brand left their trademark air-cooled engines in favour more common liquid-cooling. As the air-cooled era of Porsche came to an era through the introduction of the 996 model, the German sports car maker’s effects to win over their loyalists was aided through the increasing power the new engines provide. The current Porsche 997 version made a lauded entrance in 2005 offering naturally aspirated and turbocharged engines pushing to new performance heights. For 2011, the Porsche 911 Turbo GT2 RS high-performance flagship pumps out 620 horsepower through a twin-turbocharger setup. As the 911 Turbo GT2 RS becomes the fastest Porsche 911 ever produced, the performance boundaries of the non-turbo variants is also a focus of continuous improvement by German-based engineers.

Never backing away from their racing activities which date back as long as the automaker itself, Porsche issued normally-aspired competition variants of the 911 seeing more preferential inclusion rules for series such as the Grand Am and American Le Mans Series. The Porsche 911 GT3 RSR was developed as the ultimate fighter to the Chevrolet Corvette, Ferrari 550 Maranello and the Aston Martin DB7 sports cars at races like the 24 Hours of Le Mans. In 2010, the mighty Porsche 911 GT3 RSR campaigned by Team Felbermayr-Proton conquered victory in the GT2 class of the grand French endurance race. Produced by a slightly larger version of the street-going Porsche 911 GT3 RS’ flat-6 engine, the race version vehicle had an enticing advantage. For a limited run of just 600 cars, the undisturbed racing pedigree is brought to the streets with the Porsche 911 GT3 RS 4.0 model. 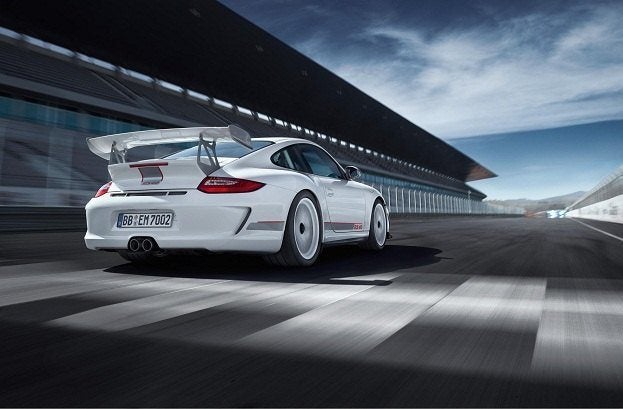 Aerodynamic manipulation for the Porsche 911 GT3 RS 4.0 is accomplished with air deflection devices on the front end and a large rear wing. These bodywork enhancements on the special racing-bred model of the Porsche 911 add 426 pounds more downforce assisting in road-holding abilities. Central twin tailpipe also plays a part in reducing the aerodynamic drag.

Representing the 4.0 in the special edition Porsche 911 GT3 RS’ vehicle branding, the rear-wheel drive sports car features a 4-liter, flat-6 engine (a 0.2 liter increase in displacement over Porsche‘s most powerful normally-aspirated engine for the 911 GT3 RS). Providing a 50 horsepower improvement, the Porsche 911 GT3 RS 4.0 pushes engine output to 500 horsepower and 339 pounds-feet of torque. While 500 horsepower is no longer an out of reach performance plateau with the Porsche 911, the 911 GT3 RS 4.0 edition is incredible for the sake it is derived from a normally-aspirated engine. Coming directly from the German brand’s 911 GT3 RSR race car, the 4-liter flat-6 engine operates with the same crankshaft and forged titanium piston connecting rods. A six-speed manual transmission allows a driver firsthand experience handling the 500 horsepower workload. With increased downforce and engine power, 0 to 60 miles per hour acceleration remains at 3.8 seconds for the top-performing, non-turbo Porsche 911. Runs up to 200 kilometers per hour (124 miles per hour) in the Porsche 911 GT3 RS 4.0 sports car is slightly more accomplished than the 2010 counterpart with a time of less than 12 seconds. Taking their Porsche 911 GT3 RS 4.0 for a lap around the Nurburgring, the German auto company claims to have hustled the sports car to a 7 minute, 27 second lap time. This time is 6 seconds better than a time car publication Sport Auto recorded last year with a 911 GT3 RS with the 3.8 liter engine. 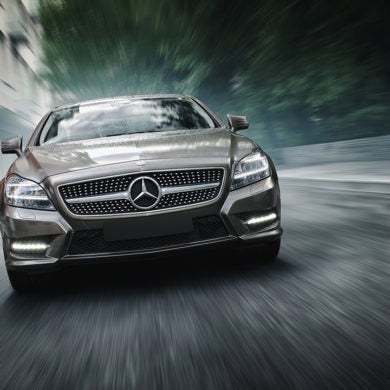 Mercedes Maintenance Cost: How Much Will You Pay? (2021)