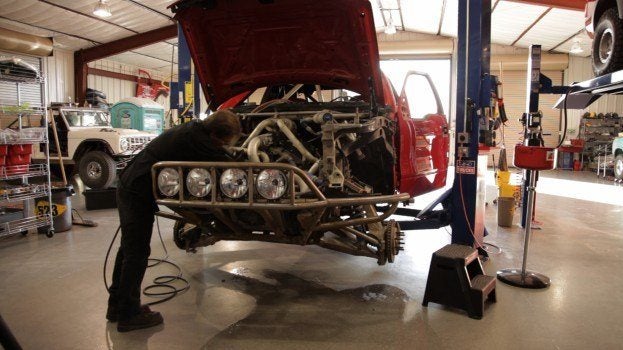 In November, we reported news about Ford’s EcoBoost Race Truck finishing the Baja 1000 in 38 hours and 20 minutes. The truck racked up 1,061 miles finishing the desert race. No doubt that is an impressive feat, given that less than half of the competition, many with modified engines, finished the race last year.

Ford has used the race to prove the durability of the EcoBoost engine. If you think a grueling 1,061 mile desert race is the whole story behind the EcoBoost’s durability though, think again. The process began with the random selection of an EcoBoost engine off the line at Ford’s Cleveland engine assembly plant.

Then the engine was put through an equivalent of10 years – 163,000 miles – of harsh usage on the dynamometer that included shock testing with rapid cooling to minus 23 degrees and heating up to 235 degrees.

Then, it was installed in a 2011 F-150 to work as a log skidder in Oregon, where it towed 110,000 pounds of logs. If that wasn’t enough, it was then used to tow a 11,300 pound trailer continuously for 24 hours at a high-speed NASCAR track, averaging 82 mph and racking up 1047 miles in the process. Finally, before being sent for installation in the F-150 race truck, it was used to compete in a steep-grade towing competition, where it bested the other entrants from Chevrolet and Dodge. 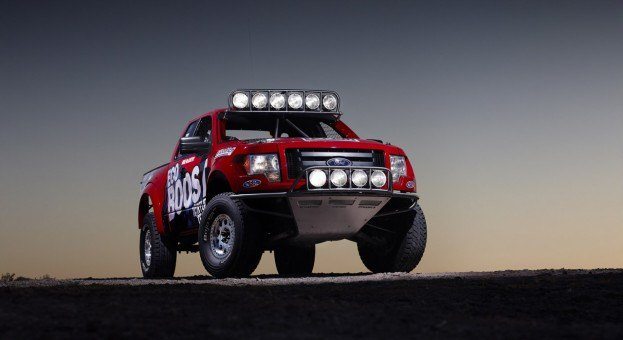 The engine was then stored, not to be opened until a public teardown at the North American Interna and they are a definite validation of the EcoBoost engine’s durability. After the teardown, the engine managed to produce just one less horsepower – 364 – than its official rating. It produced the same amount of torque, at 420.

All the tolerances were within factory standard and the only noticeable element is a 13-percent loss of compression in one cylinder, an impressive figure considering the absolute abuse this engine has been put through.

The race has stood as a huge validation of the EcoBoost and Ford’s developmental capability with the engine. Eric Kuehn, chief engineer of the 2011 F-150, commented that “The Baja 1000 is always a tough race, and many of our customers and enthusiasts saw this event as the ultimate challenge…..it was an outstanding opportunity to showcase the 3.5-liter EcoBoost truck engine’s durability. We took an engine that’s stock and essentially 10 years old, and raced on the same course with highly modified competition with up to 800 horsepower.”

The engine will remain on display at the North American International Auto Show until January 23rd. Following that, the engine will be sent to Ford’s powertrain laboratory for an inspection and analysis of each part.

For full details on every part and element, head over to Pickuptrucks.com. With the engine being sent back for testing, you can bet we haven’t heard the last of this.