If you have a Gearhead on your gift list this year and you’re clueless as to what to get him, we’ve got you covered. Below, we explain what an OBDII scanner is, why your Gearhead wants one, and go over the differences of a few units based on skill level and what they need it for.

OBD-II is an On-Board Diagnostics system originally meant for mechanics to diagnose problems with your vehicle by connecting a tool and reading a code. You know that “Check Engine” light that you’ve been ignoring in your Camry? That’s the OBD-II system telling you something’s wrong. Get your Gearhead one of these scanners below and make him fix the problem.

Somewhere below your dash (usually below the steering column,) there’s a connector for this system that connects directly to your car’s computer. In most cases, it gives you a wealth of data regarding your vehicle, from fuel economy to air/fuel ratio and everything in between. The problem is that all of this data streams out in a bunch of code, indecipherable to humans.

That’s where these scanners come in. Manufacturers of these products realized that there is plenty of use for this awesome tool outside of the mechanic’s garage, and that the data it provides can be immensely useful to the everyday driver as well as the Gearhead.

Take a look at the OBDII scanners below, the features they provide, then pick one up for the wanna-be mechanic on your gift list.

Note: Only 1996 and newer are equipped with OBDII. If your car is older than that, you may want to look elsewhere for proprietary equipment.

Not all devices that connect to the OBDII port need to be for diagnosing problems and monitoring air/fuel ratios. These products cleverly take the data provided by your ECU and transform it into useful fuel economy information, providing a real-time monitoring of you driving efficiency. 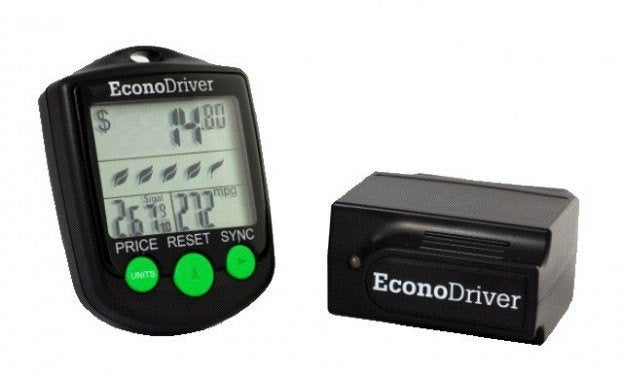 This nifty little doo-dad is relatively new to the game, and solves the problem most of these devices have – it’s not a pain in the ass to use. Attach the wireless sensor to your ODBII port in your car, sync the sensor with the key fob, and drive. The key fob will update on-the-fly, with your fuel economy and related data like how much it’s costing you to drive, how much you’ve wasted, and gives you a “Green Rating” – five leaf icons that light up and turnoff based on how “Green” you’re driving.

You can keep the EconoDriver attached to your keychain, which is pretty cool, that way when someone else is driving your car you get to see what sort of driving they were doing since it will update when they return.

Lemur Monitors also offer a couple other similar monitors – one called “SafeDriver,” obviously aimed at parents wanting to keep an eye on their kid’s driving habits. When your 16 year-old son gets back with the Camaro at 3AM, you get to see the maximum speed he traveled, distance he drove, and how many hard brakes occurred while he was driving.

That one seems a bit “big brother” to me, but to each their own. While I was testing this one out, it was more of a video game. “I have to get the maximum speed into the triple-digits,” “I wonder how many hard brakes I can get it to register.” Safer for kids, more dangerous for irresponsible adults, it seems.

Where to Buy:
Pick up the EconoDriver or BlueDriver at Amazon: Lemur Vehicle Monitors

Another plug-and-play monitor, the ScanGauge gives quite a bit more information but doesn’t require a lot of setup and configuration. You’ll start out by letting the device know some details about the vehicle you’re using it on, and from there you just find a good place to mount it. It shows up to four digital “gauges” at a time, and you can customize which ones to show. It also scans for and clears trouble codes, if you know what you’re doing. Here are the available parameters it can monitor:

It’s not wireless, which means depending on where your OBDII port is, the wire could get in your way while driving, but the idea is that you’ll have an extra dashboard at your fingertips.

The ScanGauage’s screen causes a few problems with navigation – the outdated LCD matrix display causes menu obfuscation and requires the display to show abbreviations that are hard to remember due to the lack of available characters. Moving around through the menus is frustrating until you get used to it. I’m hoping the next version of ScanGauge will have a graphic LCD display.

Where to Buy:
Pick up the ScanGauge at Amazon: ScanGauge II 3-in-1 Vehicle Computer

You don’t want to drive down to your mechanic’s garage every time that “Check Engine” light pops on, do you? Check out these two do-it-yourself diagnostic scanners that require just a bit more knowledge to operate than the Beginner-level devices. 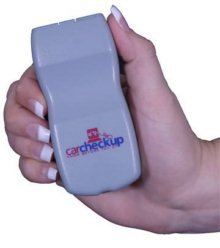 CarCheckup is a bit of a two-in-one OBDII scanner. It will scan and troubleshoot engine codes, but its primary purpose is to monitor your trips.

The idea – keep the CarCheckup attached to your OBDII connector during your (or your teenager’s) trips. Once you return home, grab it and plug it into the computer with the built-in USB connector, then log on to CarCheckup.com to upload the data.

Once it gets your data it will give you individual trip data: trip time, distance, and duration; maximum speed and RPM; time spent going certain intervals of speed; as well as a count of how many times the car experienced hard (and “extreme”) acceleration or braking. It will also let you know if there were any trouble codes during the trip.

Interestingly, the device caught a trouble code in my RSX that I didn’t know about and that didn’t trigger the Check Engine light. P1078 – it listed it as a proprietary Acura code so it didn’t give me any information about it, but a quick internet search showed that I might have a problem in the near future.

The trip summary is nice to glance at, but it would be nice if you could view more than one at a time. The advanced data tab is where it’s at, allowing you to compare up to four values next to each other.

Collecting and transferring data is easy, but there are a few problems. First, you can only use the web application in Internet Explorer. I don’t like IE. Also, the web interface could use some help.

If you close the browser then go back to CarCheckup.com, you have to log out then log back in to get into your dashboard. If you’re trying to look at the Trip Graphs for each trip, you have to look at its Trip Summary first, then go into Trip Graphs. That’s irritating. Overall though, it gets you the data

CarCheckup is an initial $150 (direct) purchase and includes one vehicle for one year. Each additional car costs you another $25/year. It’s a good tool for the general household to have for troubleshooting codes or spying on their teenager’s driving habits, or the business owner who needs to keep track of mileage. One thing to keep an eye on – the device is about four inches long, so make sure that won’t get in the way while driving.

Where to Buy:
CarCheckup is no longer available. 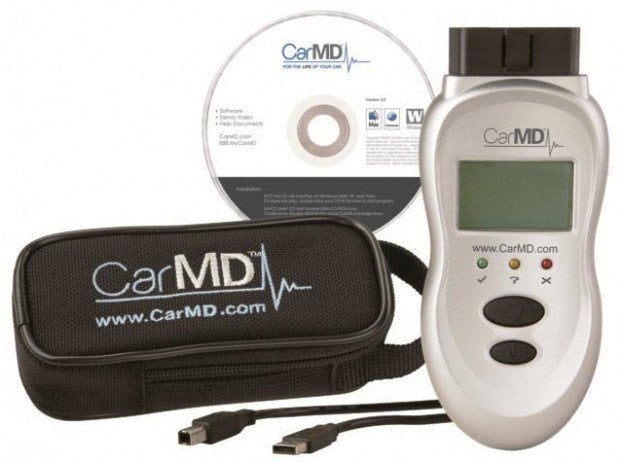 CarMD is focused much more on the diagnostic part of it. You don’t keep it connected to the vehicle while driving. Rather, it’s a device you store in your glove box until the Check Engine light comes on. Once it does, bust out the CarMD, hook it up, and it stores the codes until you hook it up to the computer. Once you upload the codes to CarMD’s website, it tells you what the problem is most likely to be, gives you ways to fix it yourself, and about how much it will be to repair (yourself or through the mechanic.)

The biggest problem with CarMD – it won’t let you clear the trouble codes. Here’s their explanation:

It is not recommended for drivers to turn off their vehicle’s “CHECK ENGINE” light until the pending or current problem has been identified and repairs confirmed. If you are a confident do-it-yourselfer or have confirmed that the “CHECK ENGINE” light is illuminated because of a loose gas cap and wish to turn it off, we recommend purchasing a product called an OBD2 code reader or scan tool from your local auto supply store.

Right…or you could just add that feature to the device and there would be no need to purchase an extra code reader. Aside from that, it’s a great little device that I’ve found useful on multiple occasions. Depending on my mood, however, the inability to clear codes could be a deal-breaker. 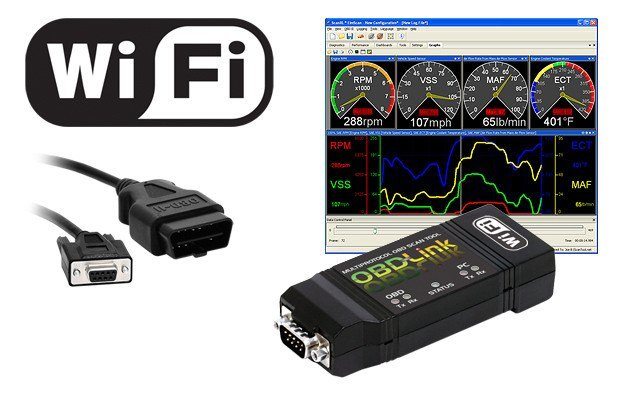 The Cadillac of consumer-level, inexpensive OBDII scanners. If you’re familiar with car systems and diagnostics (or even know the basics about what you’re looking at,) this is the way to go. ScanTool.net offers a few different scan tools, we used the OBDLink WiFi Scan Tool which connects to your or iPhone to use the software of your choice. OBDLink also lets you use a USB cable to connect to the laptop if that’s your thing.

The OBDLink scanner comes bundled with free software called OBDWiz for basic monitoring and diagnosing, but to get the most out of the device you’ll want to upgrade to the ScanXL software: 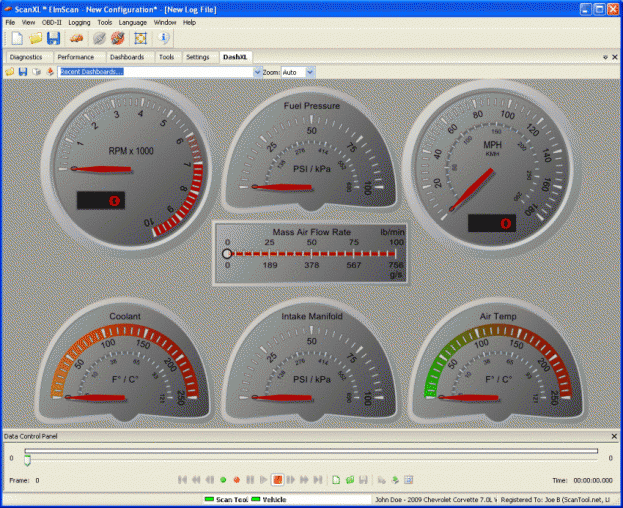 This software allows for in-depth analysis of what your car is doing, gives you a customizable virtual dashboard that updates in real time (have a friend drive while you’re doing this, of course,) and lets you log parameters for viewing later. ScanXL Standard is $90 direct and the Pro version gives you additional features for $130. Another option is DashCommand, which isn’t quite as in-depth as ScanXL but runs on a PC as well as iPhone, CarPC, and supports touch-screen interfaces.

If you have a Ford, GM, or Mazda, you’re in luck. ScanXL has “Enhanced Diagnostics Add-ons” for those makes for an additional $90 that “read and clear codes on powertrain, hybrid, transmission and other proprietary systems, [and] also adds thousands of new parameters and sensors for both gasoline and diesel vehicles.”

I played around with ScanXL for a while, and while is definitely a learning curve involved, I found it to be a very good tool for learning about your car. It even has a “Dyno Run” feature so you can test power before and after installing a new aftermarket part, for example. What’s cool about this kind of tool is that when something is “off” about your car, like it hesitates between 3000 and 4000 RPM for example, regular OBDII diagnostics won’t tell you anything. But with this software, you’ll be able to monitor many different parameters to see what’s off (like a funky Air/Fuel Ratio or something) when that hesitation happens so you know what to fix. 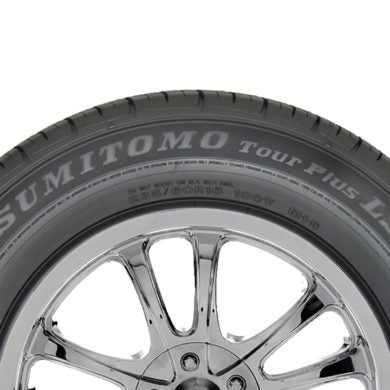 Our 2021 Guide to Sumitomo Tires