With the economy recovering, sales of full-size trucks and SUVs are on the upswing. The American manufacturers have been a big beneficiary of this, with Ford in particular garnering a lot of attention with its redesigned F-150 and the addition of EcoBoost V-6 power.

The Ford truck we have our eyes on though is no doubt the F-150 Raptor. It has brought up the performance truck game a whole level, leaving models like GM’s Z71 and Dodge’s Ram Power Wagon in the dust. Is General Motors interested in getting in the game?

Say hello to the first introduction of next year’s North American International Auto Show, which is under a month away. General Motors’ GMT-900 lineup of trucks was introduced in 2006 as 2007 models, pulled forward during dark days for GM. Since then, a lot has happened. Yes, that’s an understatement. 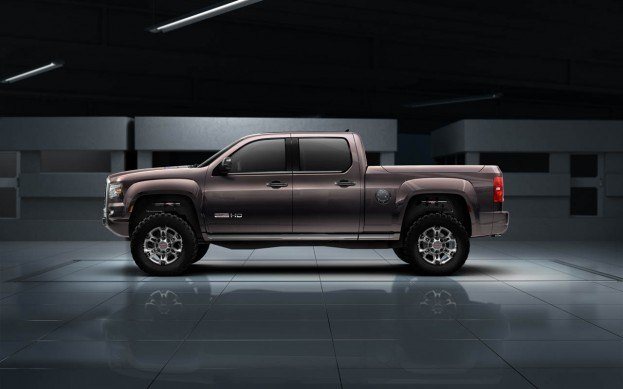 The GMC Sierra All Terrain HD gives a hint of what is to come for GM’s highly-important truck lineup. While clearly based on the current Sierra, there are some significant differences.

There is a new front end with redesigned LED headlights and GMC’s new grille. The look offers a preview of the next-generation Sierra.

Other key details have been modernized as well – for instance, look closely at the taillights and you can see they have been worked over, as well as the rear cargo bed. For All Terrain duty, ground clearance has been increased by about three inches and width is up by 4 inches, to 73 inches.

There are new 20-inch aluminum wheels wrapped in 35-inch BF Goodrich KM2 mud terrain rubber. The verdict? It looks good, despite being awkward from a few angles. It doesn’t come across quite like the Raptor’s arch rival though – it still seems more fit for duty as a tow sled with serious off-road credentials. Regardless, it gives us a lot of hope for the next-generation truck. 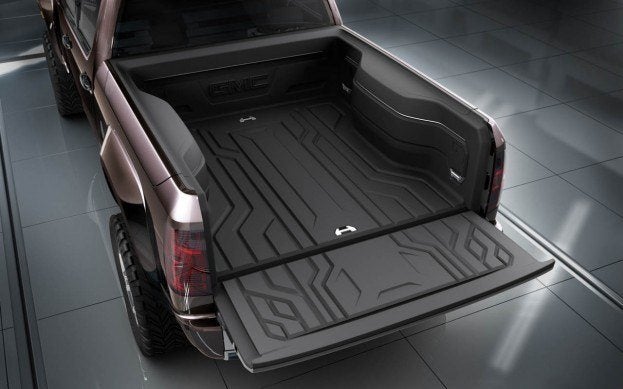 The Sierra All Terrain HD is powered by GM’s 6.6-liter Duramax diesel V-8. It is mated to a six-speed automatic and makes 397 horsepower and 765 pound-feet of torque. Changes under the skin include Fox off-road shocks, the same as the Ford Raptor.

There are no pictures of the interior out yet, but GM says the All Terrain concept has been fitted with a Denali interior, gaining additional satin metal accents and a leather-covered dash for concept duty.

There is also a next-generation stereo system and head unit with an 80-gigabyte hard drive. More information and pictures of the interior is expected when the Detroit show rolls around next month. As of right now the All Terrain HD is just a concept. as GM says it has no plans for production. We wouldn’t bet against a similar production model surfacing for production though.