Warm up Once More to Mercury: The Cougar

Wrapping up the look back at Ford Motor Company’s departed Mercury division, the last car to earn profiling is a vehicle that once represented performance and personal luxury in perfect harmony.

Today, the use of the word Cougar (other than referring to a member of the cat family) implies the woman dating a man considerably her junior. However, in the context of the now-retired Mercury division, Cougar symbolizes 33 years of noteworthy American automobile history.

Through the soul of Mercury Cougar, this single product is most likely to keep the brand hard-wired in the minds of car lovers.

The story of the Cougar began in the Ford Motor Company reveling in the runaway success of the Ford Mustang. The pony car allure had Mercury begging for their own coupe roughly two years after the Mustang’s debut.

For the conception of the Mercury example, the Cougar was never destined to draw the youthful crowds of the Mustang. Debuting 3 inches longer in wheelbase and 6.7 inches in total length, the Mercury Cougar’s 1967 model year introduction came as a luxury sports car.

Heavier than the Ford Mustang, the 1967 Cougar premiered with some rather alluring features starting with the hidden headlamps. Like the 1949-1951 Mercurys, buyers of the Mercury Cougar were never required to settle for a 6-cylinder powerplant.

Promoted with a 289 cubic-inch V-8 engine generating 200 horsepower in base trim, 390 cubic-inch V-8 was also available. Becoming Motor Trend magazine’s Car of the Year in 1967, Mercury sold over 150,000 units of the cougar in its first year as the cat immediately found its stride in the pony car era.

Catered for a more premium vehicle market, the Cougar brought many of its convenience features courtesy of channeled vacuum pressure from the engine including the headlamp door panels. A more expensive XR-7 model (a code which would be long used on the Mercury Cougar) also lent high-class items such as a leather interior to the Cougar two-door coupe.

The next year, XR-7s accounted for 1 of every 5 Mercury Cougars sold indicating that maybe the market accepts this pony car for luxury rather than performance. In 1969, a big counterstrike was waged by Mercury hoping to ‘eliminate’ that notion. 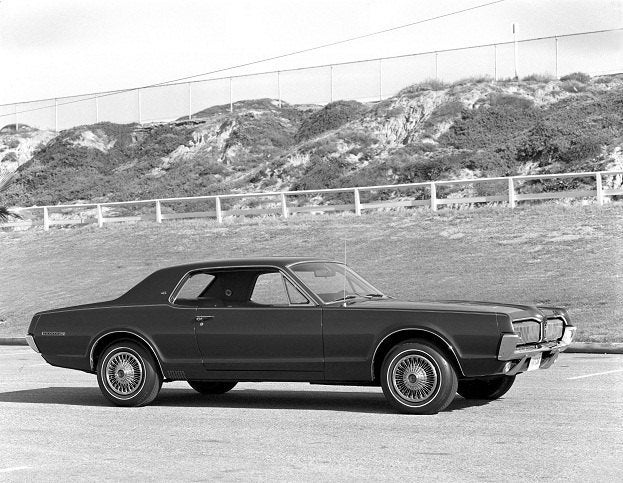 Mercury’s take on the Ford Mustang Mach 1, the high-performance Cougar once created through the inspiration from the ‘Eliminator’ NHRA Funny Car driven by “Dyno” Don Nicholson. Given some sassy styling touches such as a ram air hood scoop and rear spoiler, the Mercury Cougar Eliminator featured a best of Ford’s muscle car stock of engines.

The Boss 302 engine, the smallest and in fact rarer powerplant inside the Mercury Cougar Eliminator was accompanied by a 351 and 390 cubic inch V-8 before setting up to the 335 horsepower 428 Cobra Jet.

Built in 1969 and 1970, two Cougar Eliminators were even fitted with the Boss 429 engine existing as the most rare of 4,517 examples of the Mercury muscle car. Since the Cougar Eliminator’s demise, attention to high-performance never completely returned to Mercury (one exception being for the Marauder).

Abandoning the similar underpinnings of the Ford Mustang in 1974, the Cougar averted the planned downsizing of the pony car but was reunited on Ford’s Fox chassis 6 years later. However, by this time, the Cougar identity had been integrated more closely to the Ford Thunderbird. Both the Cougar and Thunderbird would remain joined until 1997.

Long-associated as a two-door coupe, 1969 to 1973 model year Mercury Cougars were able to assume the form of a convertible. However, as Mercury tipped into the late 1970s, the Ford division chose to redefine the Cougar through greater diversity.

Between 1977 to 1982, the Cougar nameplate was worn on a four-door sedan as well as a station wagon as Mercury was intent on using their popular name . Because of the Mercury Cougar being made available in three different body configurations, sales of the model name reached a all-time high.

Peaking in 1978 with over 213,000 vehicles sold, the net gain for expanding the Cougar name would be short-lived and a decision came to revert back to a two-door coupe.

The Mercury Cougar was associated with production-derived auto racing through much of its life span. In one of two peak eras for seeing the Cougar name in motorsports, late 1960s saw professional drag racing and the Trans-Am series.

The second time period occurred in the 1980s through NASCAR Cup circuit action. Neil Bonnett won Mercury’s final NASCAR Cup series event in 1980 driving a #21 Wood Brothers Cougar to victory at Talladega. After NASCAR, the Cougar made a brief return to the road courses for IMSA competition thanks to the resources of Roush Racing.

As Ford Motor Company dropped the Ford Thunderbird and Mercury Cougar personal luxury cars in 1997, an era ended as a new V-8 powered Cougar would never again roam out of a Lincoln-Mercury dealership. However, to the pleasure of those wanting the Mercury Cougar to continue a modern existence, the brand was able to briefly resurrect the model as a compact sport coupe.

Other than the name and two doors, this compact car built between 1999-2002 left little in common with the previous Mercury Cougars. Production wrapped with roughly 150,000 units to complete what was a less successful attempt of Mercury to lure the sport compact enthusiast market.

Probably unknown at the time, the discontinuation of the Mercury Cougar’s second coming signified the division would be unable to attract a large enough younger customer base to sustain the its future. 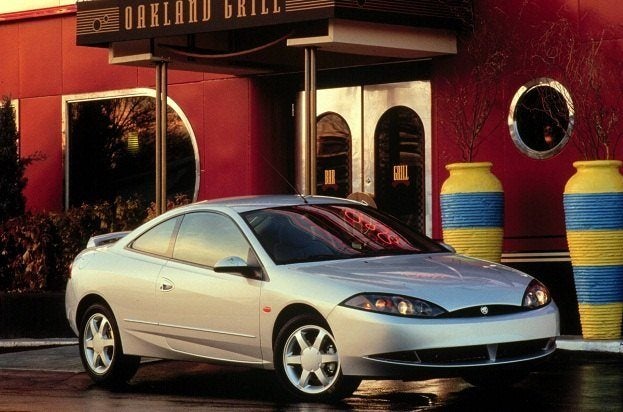 While the latest Mercury Cougars can be snatched up between $2,000 to $4,000 on the resale car market, some of the more classical examples of the two-door have drawn some dedicated attention.

With many well-maintained conventional pony car Cougars still a steal at under $20,000, a 1970 Mercury Cougar Eliminator equipped with a Cobra Jet 428 engine fetched $128,700 at the 2007 Scottsdale Barrett Jackson auction.

As the final 2010 Mercury clears off the Lincoln-Mercury dealership property, remembering the past successes of the now-idled auto brand by profiling some noted marques is only a snapshot to the devotion and fanfare which continues to reign.