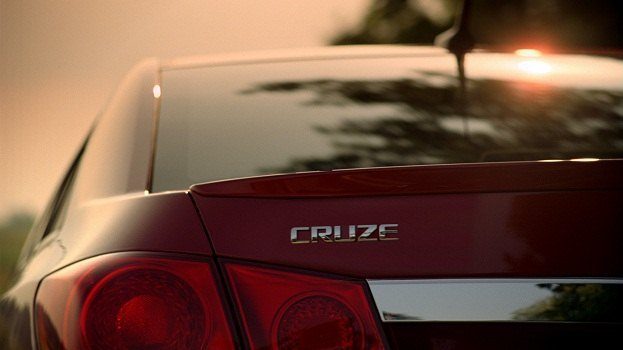 As the highly-anticipated Chevrolet Cruze finally reaches dealerships after a year-long auto show junket, the new-for-2011 car will be introduced by a voice already familiar to television and movie goers. Tim Allen, the voice behind Buzz Lightyear in the Toy Story 3 summer blockbuster will make his debut as pitchman for Chevy when commercials for the 2011 Cruze spreads across airwaves Tuesday, September 7th.

A personality recognized first as a comedian, Allen’s best known for portraying the family man Tim Taylor on the long-running sitcom Home Improvement. In the show, he was a devoted father and husband who also embodied a male persona in a ‘PG-rated’ fashion. Tim Allen’s big screen credits also includes starring roles in the Toy Story trilogy as well as The Santa Clause movies and Galaxy Quest. General Motors was also particularly keen on Allen’s close connection to the state of Michigan where the domestic auto industry is headquartered.

Interesting enough, Allen’s affiliation with automobiles have been mostly based around Ford products. In Home Improvements, his character built two Hot Rods with the first being a ’32 Ford and the second a ’46 Ford. In real life away from the studios, Tim Allen was in the 1990s a prolific figure in semi-professional sports car racing partnered with Steve Saleen. Prior to Carroll Shelby returning to the Mustang modification business in 2005, Steve Saleen and his Saleen Speed Labs were to go-to source for modding Ford Mustang’s for racing. However, Tim Allen’s real-life passion for cars also embraces General Motors products including the limited-run 1996 Chevrolet Impala SS.

The automotive pitch voice role has involved a multitude of popular actors through the age of television. Lead actor of HBO’s Dexter, Michael C. Hall, recently lent his voice to Dodge’s ‘Invisible Monkey’ TV commercial (a commercial spot Hall needed to be recalled to rerecord the ending when PETA opposed the live primate used in Dodge’s original ad). Ford has drafted two celebrity spokespeople Denis Leary and Mike Rowe from the Discovery Channel Dirty Jobs to sell the products of the Blue oval brand for over a year.

Described as the voice of Chevrolet, be prepared to hear Tim Allen’s voice added to many future television advertisements for the company’s products. However, don’t expect to hear any Home Improvement-style grunting in these commercials.