Before the 1980s, Renault’s rallying efforts were largely channeled into their Alpine sub-brand. Alpine’s miniscule, mid engine, rear-wheel drive coupe, the A110, was a pretty successful rally car from the mid-60s to the mid-70s. For example, Alpine A110s took first, second and third in the ‘71 Monte Carlo rally. The design philosophy of the A110 inspired the Lancia Stratos, which stole the spotlight from the A110 and its A310 successor in the later 70s. Just prior to FISA’s unveiling of Group B, Renault campaigned their R5 Alpine, a heated-up version of their hideous front-wheel-drive econo-hatch, which was sold briefly (and incredibly poorly) in the U.S. as “Le Car.” The R5 Alpine performed decently on tarmac rallies but failed to make a mark on other surfaces.

FISA revealed the details of Group B in 1979, effectively kicking Renault in the French gonads – front-wheel-drive wasn’t going to cut the cake. The product of this junk-kick was the R5 Turbo, a mid-engine, rear-wheel-drive version of the R5 with the kind of obscenely flared ass that rappers dream about in their deepest weed comas. The R5 Turbo was powered by a detuned, turbocharged (surprise!) 1.5 liter four-cylinder sourced from Renault’s Formula 1 cars. The R5 Turbo made its WRC debut at the 1981 Monte Carlo rally, which it won tidily, but the car failed to capture any other podium spots in ‘81. Unfortunately for Renault, the 1981 WRC season was foreshadowing. The R5 Turbo won the 1982 Tour De Corse and took third in the 1984 Tour as well, these are the only times the R5 Turbo took podium spots outside a win at the ’86 Rally Portugal. The car was consistently clean on tarmac rallies where its rear-wheel-drive layout gave it a bit of an advantage, but off tarmac the lack of all-wheel-drive and its 60/40 weight distribution didn’t exactly tear it up.

Renault unleashed a second generation R5 Turbo in late 1984, the R5 Maxi Turbo, essentially a standard R5 Turbo tuned up to nearly 400hp. The R5 Maxi Turbo won the Tour De Corse in ‘85 and took second at the ‘86 Tour, that’s about it, no other WRC podiums. A switch to all-wheel-drive would’ve done the R5 right against its ravenous Audi, Lancia and Peugeot competitors, but it never materialized. It’s widely held that Renault was focusing heavily on its Formula 1 efforts at the time; rallying took a back seat and it showed.

Next week: The Rover Metro 6R4 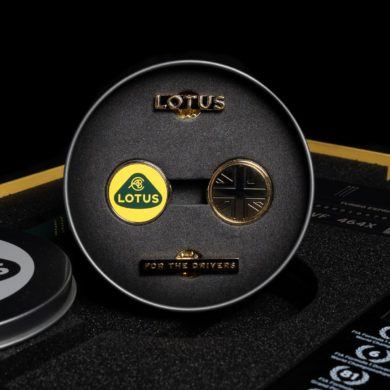