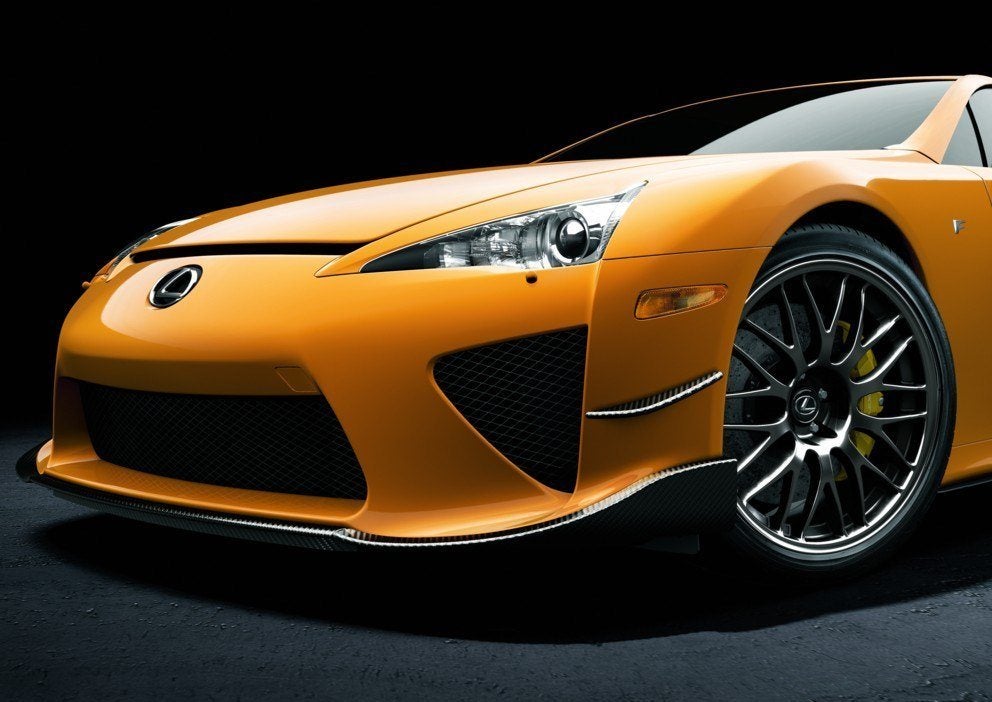 Exhaustively waiting to see the production version of Lexus’ long promised supercar, the 2012 Lexus LFA will soon exist as an awe-worthy piece of Japanese supercar art. With only 500 examples of these mid-engined cars slated to be hand-assembled by skilled automotive craftspersons in Japan, the wait for the first shipment will occur after December 2010.

Even before the first car keys are handed to upper-class buyers, Lexus has just announced an even more limited edition of their halo supercar. Destined to be outfitted on 50 Lexus LFAs, the race-oriented Nurburgring Package is definitely not flash with the absence of dash.

A homage to the famous German race course, it initially appears that the name choice for this exclusive super high-performance could be intended as a strike against Germany’s finest luxury and sports car makers. In fact, the Nurburgring has been a second home to the Japanese designed and built high-performance achievement. 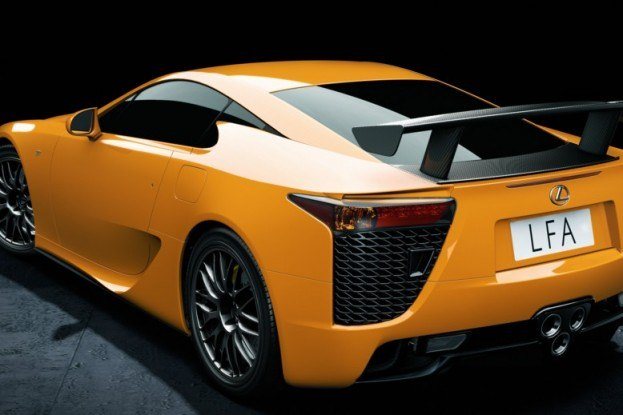 Prototype versions of the Lexus LFA supercar had been lapping the Nurburgring’s Nordschleife circuit since 2004. Lately, the production version Lexus LFA added competition laps through the past two 24-Hour races on the Nurburgring track. That race car was the main contributor to the look of this limited edition Nurburgring Package.

Visually, fans of the LFA will draw their eyes to expanded front spoiler and the addition of a carbon fiber fixed-rear wing. Beyond reinforcing the sports car attitude, the Nurburgring Package aerodynamic enhancements is said to increase high-speed downforce.

Unlike conventional Lexus LFA with 10 no extra cost exterior colours, the Nurburgring Package will limited the spectrum to only 3 such colour schemes. Wearing either black, whitest white and orange for the extensive carbon fiber construction, a fourth matte black exterior colour could be ordered for a extra cost. Without giving away the total price of the Lexus LFA with the Nurburgring Package, the Matte Black exterior paint finish adds an additional $20,000 U.S. to the vehicle’s final tally.

Bumping the engine output from the 4.8 liter 10-cylinder powerplant by 10 horsepower, rear engine cover is now home to 562 total horses. A subtle kick his been added to the LFA’s sequentially-shifting transmission. Lexus has refined the gearbox software to translate shifts 0.05 seconds faster than previously achievable with the supercar. 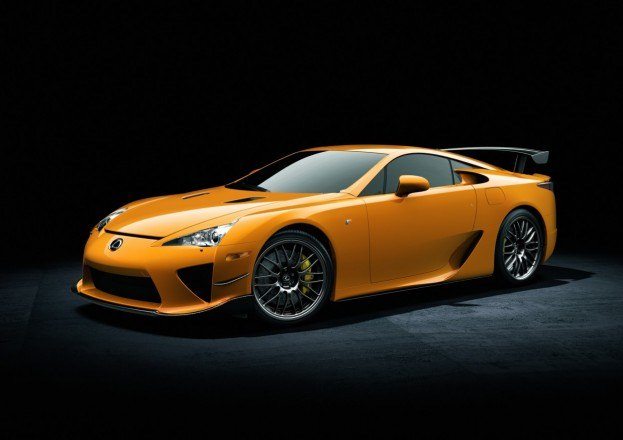 Appearing minor, this improvement in gear shifting will definitely be noticeable when adjusting your speed entering a sharp hairpin turn. Helping to attack the winding curves as well as maintain traction on straight roadways, high-grip tires and sport-tuned suspension will make the LFA feel complete in touch with your surroundings.

Selling more than just a faster LFA, Lexus is offering a full enriching experience of the Nurburgring Package. Along with the modified Lexus LFA, the performance package offers an expense-paid trip to the famous speed complex in Germany. Including co-pilot rides and a private training course with the Chief Instructor at the Nurburgring, the 50 lucky owners also receive a one-year pass allowing drivers to lap Nordschleife solo.