Okay all you richer than Croesus soccer moms, Carmella Soprano wannabes and the like. Get in line, because your new preferred ride, the Porsche Cayenne, has just had its world debut at this year’s Geneva Motor Show.

So what’s so good about, or at least new about this latest iteration of Porsche’s SUV? For one, you get the option of buying a hybrid Cayenne. That would be the Cayenne S Hybrid, which features a sophisticated parallel full hybrid drive and fuel consumption that tips the New European Driving Cycle at just 34.4 mpg (imp). Which is impressive for a tank like the Cayenne. Of course it will give smug Porsche owners even another reason to be smug … so let us consider that a downside, shall we? Another nice green feature of the Cayenne S Hybrid is that its CO2 emissions are a paltry 193 g/km.

Porsche puts it rather succinctly: “The Cayenne S Hybrid therefore combines the performance of an eight-cylinder with the economy of a six-cylinder running on much less fuel.”

OK, I’m not really arguing with that.

As a matter of fact, Porsche is really taking this green stuff pretty seriously. For starters, when compared against the former model Cayennes, fuel consumption is down by up to 23 per cent. This is because the new models (along with every other new Porsche rolling out of the factory) have been developed according to the principle of “Porsche Intelligent Performance”: more power on less fuel, greater efficiency and lower CO2 emissions. 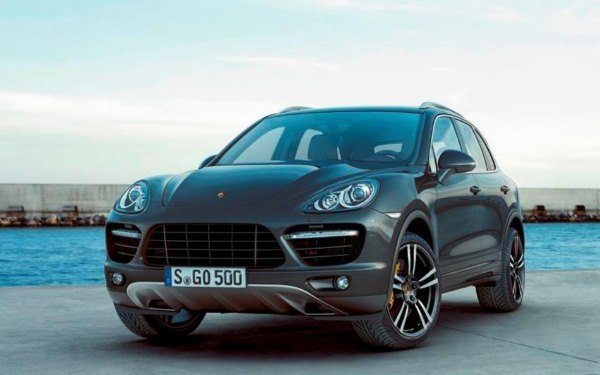 In other words, Porsche is getting pretty serious as they can with all this green stuff.

Onto the more prosaic stuff though. The latest SUV is bigger. The new Cayenne has a wheelbase that is almost 1.6” longer than previous generations. And overall, the new Cayenne is 1.9” longer than its predecessor. They’ve also monkeyed with the inside, for example the rear-seat bench moves fore-and-aft by 6.3”, with the backrest angle adjusting to three different settings.

In case you aren’t interested in the Cayenne hybrid, there is also the Cayenne Turbo available. Bottom line is 500 bhp being produced by its 4.8-liter V8 biturbo. Said plant delivers a not so shabby 27.6 mpg (imp) in the New European Driving Cycle. 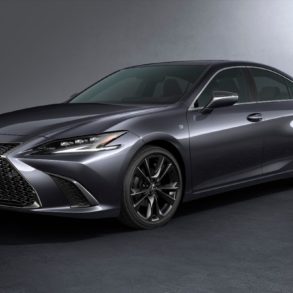