As an answer to growing environmental and efficiency concerns, BMW has been threatening to do this for a while. Tech-wise though, there’s some interesting bits under the hood of the upcoming for 2011 135i from BMW.

Sure, BMW still loves their straight sixes (seriously, do they own a patent on that layout?), but they are re-jiggering their forced induction in some fairly novel ways. Sure, this is the 1-Series, but after reading the latest, all I could think of was, ‘What if they do the same thing to bigger engines?’ 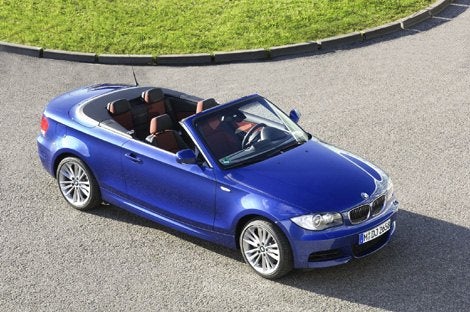 The short version works like this: Das Bavarians (i.e. BMW) will be steadily swapping out their N54 plant, a 3.0-liter twin-turbocharged inline-six that you see in models like the 335i, with a new twin-scroll turbocharged 3.0-liter inline six cylinder engine, called the N55. Note that the new N55 has a one SINGLE turbo, but it’s a new rather smart twin-scroll design.

The new N55 mill mit neu twin-scroll turbocharger will first be seen in the new 2011 model year 135i Coupe and Convertible. Said rides will go on sale here in the United States in the Spring 2010. The N55 has a maximum output of 300HP at 5,800 revs and a torque that peaks at 300 lb-ft. Said grunt is available from 1,200-5,000rpm in the U.S.-spec version. And the bottom line is that the N55 makes the same performance figures as the outgoing twin-turbo six-cylinder. So you get the same performance for less complexity. But even though you’d this is a six of one, half a dozen of another, BMW says that the new N55 promises better throttle response and even more fuel efficiency thanks to the new turbo and the integration of VALVETRONIC throttle-less intake technology. BMW also notes that the peak torque is reached 100rpm lower down than with the previous mill and that boost response is improved across the entire rev range.

All that new, more responsive torque can get to the tarmac via an optionally available 7-speed Double-Clutch Transmission (DCT) that now features dedicated steering wheel paddles.

Now, I don’t know what the weight of the 2011 1-Series is, but unless it’s ungodly fat, that’s a lot of power and grunt for a car that small. Those could be a real fun ride right out of the box.