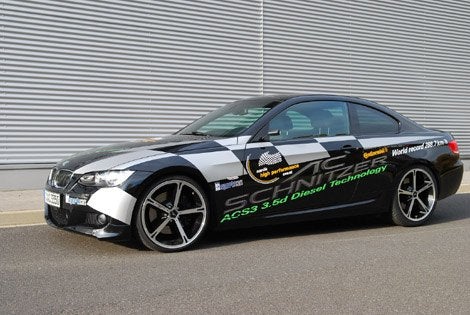 So, if you had the money, just how fast could you make a diesel go? Well, German tuning firm AC Schnitzer has the answer for you. They took a crack at BMW’s 335d Coupe and were able to make it into the world’s fastest street legal diesel ride.

AC Schnitzer is a well known German tuning firm that specializes in making BMWs “better”. No, the factory might disagree with some of their methods and tactics, but there’s no denying the results on the time slips.

After giving the Bavarian’s 335d a thorough going over, the German tuning house, has gotten the oil burner to crank around Italy’s Nardo test track at a top speed of 288.7 km/h or 180 mph. Impressive, no? This beats the previous diesel car record by 8.7 km/h.

Unfortunately, AC Schnitzer did not release technical details concerning just what they did to the BMW 335d Coupe, but sources ” … assume that it features the standard 310HP upgrade to the twin-turbocharged straight-six diesel engine.”

No, I have no idea what they mean by that exactly either. Has AC Schnitzer done that sort of upgrade in the past? Is it something you could order “off the rack”, so to speak? Does AC Schnitzer ship FedEx? Schnitzer was busy in southern Italy. The AC Schnitzer modified 335d Coupe was not the only car they were running around Nardo. Along with the 335d Coupe, which is officially called the ACS3 3.5d Coupe, Schnitzer also ran something called the ACS4 3.5 turbo.

For those of you that don’t know about it, the test track at Nardo is a story in and of itself. It’s a 13 kilometer-long track located in southern Italy that is essentially a giant circle. And since it’s location means lots of good weather, there’s lots of testing carried out there.

Now, all we need is more details from AC Schnitzer on just what they did to the BMW 335d Coupe, and then for them to start offering those mods to buyers worldwide (i.e., over here in America), and then we’re really have something. 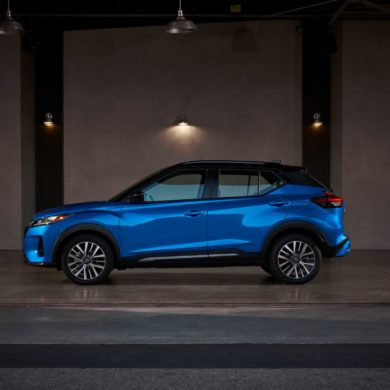