Talk about going out with a bang, huh? We all know that the Dodge Viper will soon end its long and illustrious production run, but the company apparently has no interest in letting it fade away quietly. Say hello to the 2010 Dodge Viper SRT10 ACR-X, a car with more of everything that made it impressive to begin with, and an almost lead pipe cinch to be a track day superstar.

No, the Dodge Viper SRT10 ACR-X is not street legal, or even close to it, but it is a turn-key race car that will make its on-track debut in the summer of 2010. “The Dodge Viper ACR-X takes the performance attributes of Viper to an even higher level for a wide range of drivers starting with the grassroots racer all the way up to the professional. This project is a result of many years of performance engineering expertise from our SRT team, combined with the passion and dedication of Viper Nation, to keep the Viper racing tradition going strong on tracks around the country and the world,” said Ralph Gilles, President and CEO, Dodge Brand. I’m not arguing with him at all.

The Viper ACR-X mixes the best go fast attributes of the street-legal Dodge Viper ACR with the safety equipment of championship-winning Viper Competition Coupe. The ACR-X is powered by an 8.4-liter V10 developed by SRT and is equipped with factory headers and a low-restriction exhaust system. Said plant cranks out 640 horsepower, which is 40 more than the production model.

Naturally, the suspension isn’t exactly stock either. It has been tuned and upgraded expressly for on-track usage. The factory racer has also shaved a full 160 pounds from the standard production Viper. They’ve added extra aerodynamic improvements for more downforce, enhanced stability and have significantly improving grip during high-speed cornering.

SPEED World Challenge Touring Car Championship racer Kuno Wittmer had this to say after testing the Viper ACR-X for the first time: \”The Dodge Viper ACR-X is incredible. After a short warm up, I was running lap times as quick as exotic GT race cars. I was blown away by the power and acceleration, and even more surprised at how the ACR-X navigated the challenging Laguna Seca corners and how friendly it was to drive at the limit.”

All aspects of the car work together perfectly to plant all that horsepower and torque without issue,\” Wittmer added. \”This will be a great package for someone coming out of grassroots racing with a desire to step-up to GT level competition. Dodge nailed it with this one!\” 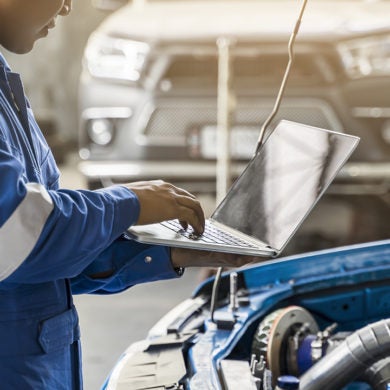