It seems like only yesterday that Ferrari stopped producing the 360 Modena (one of my favorite all-time cars) to replace it with the more capable (but less attractive) F430. In fact 2005 was the last year for the 360, which means the F430’s life cycle is almost over, according to Ferrari’s standards.

There’s been a lot of speculation about what the F430’s successor will impose, and now we have details from Ferrari themselves regarding the new mid-engine GT.

First up is the looks. The design changes are apparent, but still keeps the same V8 GT style of predecessors. From the side you can see a bit of the Enzo in there, and the interior (at least the cockpit) stays true to the same F430, 360 style. If you look at the front grill in the top picture, you’ll see two tube-looking things on each side of the Ferrari logo. Those are slightly elastic, and deform at high speeds to create more downforce. Clever.

My biggest problem with the design are the headlights, which looks like they just don’t belong. The elongated and vertically stretched thing isn’t working for me. Also, take a look at the side view above. Looks good as a coupe, but Ferrari will inevitably make a convertible Spider version of the 458 Italia. Imagine that side view with a chopped top…looks terrible. They’ll have to do some major re-engineering to make that look good.

Once we start putting this much power into a car, it becomes less and less a cruiser, which is one thing this line-up was always good for. The new engine will be mated to a revised version of the California’s seven-speed dual-clutch transmission.

Its amazingly fast shift times along with the new engine will be responsible for propelling the 458 Italia from 0 to 62 mph in less than 3.4 seconds. That’s faster than the Enzo! It also breaks the 200 mph club with a top speed of 202.

Rumors were floating around of the F430’s replacement sporting forced induction – likely turbochargers – to increase power. Thankfully, Ferrari came to their senses and kept the 458 Italia naturally aspirated. And it revs to 9000 RPM. I’m getting butterflies in my stomach just thinking about that.

All this high-revving horsepower in a world focused on economy, but somehow Ferrari manages to extract almost 21 mpg average for the car. How in the world did they pull that off? I’m sure it will have all sorts of new technology which should remain mostly transparent. Stuff like improved differential and traction control systems will increase control and give the 458 Italia 32% more longitudinal acceleration out of corners. That’s huge. As you can see in the picture below, the same Manettino dial will be used to adjust the level of stability and traction control.

All-in-all, the 458 Italia looks to be a logical evolution of the F430. It’s more of an upgrade than the 360 to F430 change, and the power and performance capabilities are incredible. I’m glad to see the design going back to flowing lines rather than jagged corners which I thought took away from the beauty of Ferraris. I can’t wait to get my hands on one of these. 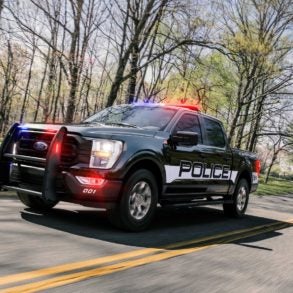