Have you ever happened on to a garage sale, and amongst all the old magazines and picnic jugs is that distributor for that 54 Chevy your restoring, and you count your blessings and pay the nice old lady the $1.25 she’s asking for it? Well, Bentley is having a garage sale, of sorts, and the stuff they’re doling out is even rarer and more unpredictable than that.

Usually, when car manufacturers do stuff like this, it’s because they’re totally freaking out, on the edge of going under, and going bankrupt, and this is just a last gasp to get some cash, no matter how small the amount. Not so in Bentley’s case. They are, despite the turbulent times and the fact that they sell luxury goods (usually a very fragile sub-market) doing OK overall.

However, keeping warehouses full of old parts only makes sense in certain cases, so why not unload that old, dead wood, free up some storage space, and adjust the books in more of a black-ward direction.

In this case, Bentley’s garage sale is taking place at their 143,000 square foot warehouse in Crewe, England. No doubt Bentley restorers were salivating at the prospects. The enormous garage, which is right next to the main factory, contains something on the order of 55,000 individual part lines and over seven million individual items, covering Bentleys made after 1955. And a lot of these parts work for Rolls Royces as well, since the two companies were under the same roof (mechanically speaking) for years, until they were acquired and broken up in 2002 by Volkswagen and BMW, respectively.

Coming this September, the warehouse at Crewe will open its doors to any gearhead with the inclination and money that’s looking for that last little bit, be it a turn signal, gauge surrounds even up to stuff like whole engine blocks.

It turns out that Bentley is doing this because the all-new Arnage is due in August, and they need the space.

One of the motor industry’s hidden treasure troves will be opened for the first time in September when Bentley Motors holds a one-off parts and accessories sales fair.

The famous Crewe-based manufacturer will be offering professional traders and owners of both Bentley and Crewe-built Rolls-Royce cars, as well as enthusiasts of these iconic British marques, the opportunity to purchase anything from a V8 engine block or replacement gearbox right through to an indicator bulb or pristine, beautifully illustrated 1950s handbook.

Bentley Motors holds over 55,000 part lines for all Bentley models (1955 onwards) as well as Rolls-Royce cars built in Crewe (1955-2002) at its state-of-the-art 143,000 square foot warehouse on the outskirts of the Cheshire town. This equates to an astonishing 7 million items – all stored and catalogued on the company’s database.

The September sales fair will enable Bentley to create additional space for parts and accessories for upcoming cars like the Continental Supersports and the much anticipated all-new Bentley which is due to make its debut in California this August.

“However with so many Bentley and Rolls-Royce cars enjoying far longer lives than a typical vehicle and owners seeking to keep them in the best possible condition, we need to be able to support these customers and many more generations of owners. We take real pride in being able to provide anything from a humble speedometer cable through to replacement body panels anywhere in the world.

This event will be a real one-off. It is very rare for us to be able to open the doors like this so we hope that Bentley and Rolls-Royce aficionados will make the most of the opportunity.”

Over the weekend a range of Bentley’s factory trained experts will be on-site to provide visitors with advice on identifying and sourcing the correct parts for their car. All the items will be clearly catalogued and displayed by model type with a range of systems available to source the perfect part.

Unlike a typical ‘autojumble’, all the parts available will be original and unused, backed with a manufacturer warranty and many provided in branded packaging. Bentley’s official logistics partner will also attend the weekend to support any customers needing parts to be shipped.

“We will be providing a large marquee to display the parts and hope that the selection will meet the requirements of specialist companies who restore and service these remarkable cars as well as the owner enthusiast seeking a rare item and the opportunity to buy directly from the warehouse.”

Anyone wishing to attend this unique Bentley parts and accessories can register their interest by contacting the team at [email protected] by 21 August 2009. 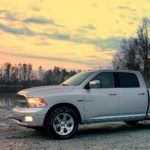