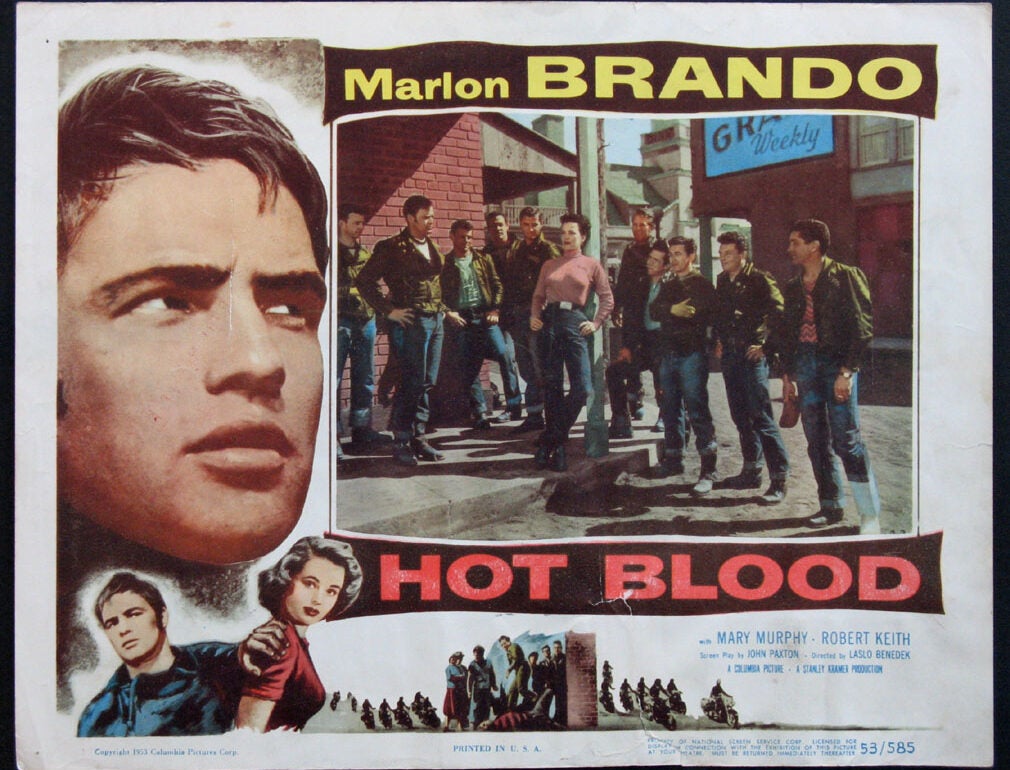 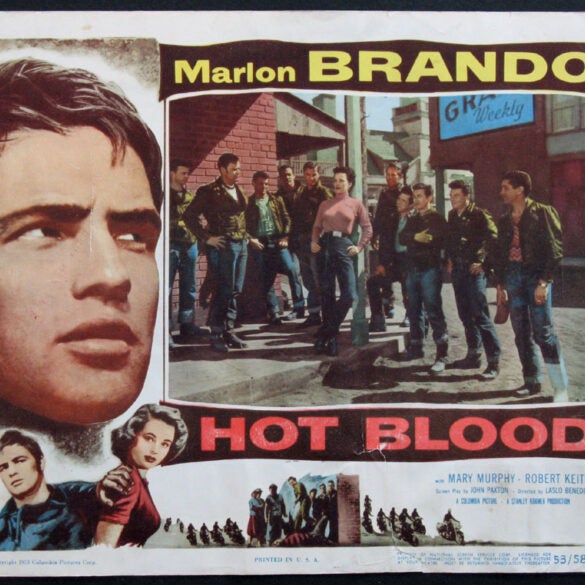 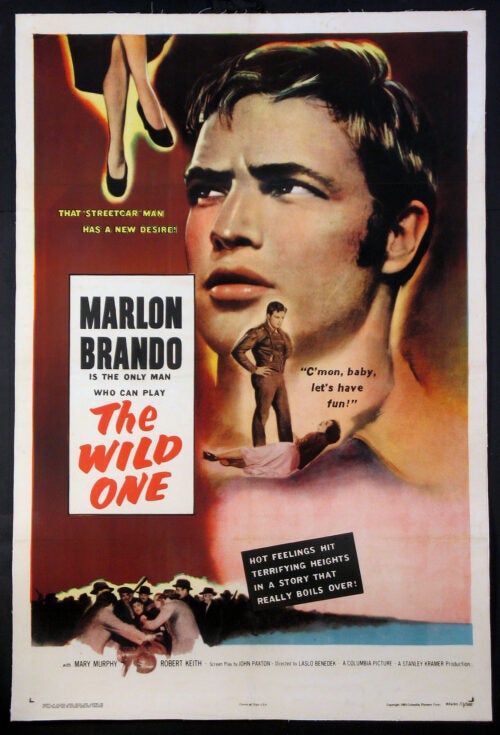 Mildred asks Johnny, “What are you rebelling against?”

Johnny Strabler replies, “What’ve you got?”

And that, in addition to being one of the greatest movie lines in history, sets the tone, not only for The Wild One but for an entire generation. Is The Wild One a car movie? No, not really, but it is most certainly a gearhead movie. And on top of that, it was one of the first movies to explore motor-driven counterculture. And perhaps, most interestingly of all, it’s built on a lie.

The Wild One Synopsis

After crashing a bike race in a neighboring town, The Black Rebels Motorcycle Club (BRMC) head to the next town over for a little drinking and carousing. What starts off as an uneasy visit soon spirals out of control, with the uptight townsfolk getting more and more riled by the BRMC’s antics.

While all this is happening, the leader of the gang, Johnny Strabler, played to perfection by a young Marlon Brando, falls for a local girl. She just happens to be the daughter of the only cop in town, which causes a lot of consternation for Johnny. Then things escalate further when a rival motorcycle gang, The Beetles, show up. Johnny and their leader, Chino (also played to perfection by Lee Marvin), have a longstanding beef that quickly escalates into violence.

This is a bridge too far for the locals. Fed up with the conciliatory actions of Police Chief Harry Bleeker (Robert Keith), a full-blown lynch mob of townsfolk set out for vengeance. And, of course, the focus of their anger is Johnny Strabler. Will Johnny and the BRMC get out of this? What about The Beetles? Will Johnny and Kathie, the local girl, find love?

The late Marlon Brando plays Johnny Strabler. Books have been written about Brando and how this was one of his defining characters in a glittering career, but beyond that, also about how Johnny is defining a modern archetype. Sullen, PO’d, restless, Brando plays him like a ball of pent-up energy that’s libel to blow at any second. Every moment he’s on screen is a master class in acting and evidence of why Brando is one of the best actors humanity has ever produced.

Lee Marvin plays Chino, leader of the rival bike gang, The Beetles. The perfect foil to Brando and packing almost as much acting punch, Marvin is fantastic. More secure than Johnny, Chino holds nothing back.

Mary Murphy plays Kathie Bleeker, an innocent local girl and the apple of Johnny’s eye. She’s naïve, sheltered, and attractive. Instinctively knowing there are more than the four square blocks of her town, Johnny offers an alluring temptation. Robert Keith is Kathie’s father and Police Chief Harry Bleeker, almost a proto Barney Fife type of character. His main outlook on being a cop is keeping things as mellow as possible. Easy to do in a small California town until a bunch of motorcycle toughs show up.

Contrasting Chief Bleeker is Hugh Sanders, played by Charlie Thomas. Sanders is the big man around town. In a dramatic sense, he’s the real antagonist. Willing to take the law into his own hands, he’s the guy that riles up the townsfolk into a literal lynch mob out for blood.

The Wild One made quite a splash when it debuted in 1953. Besides the subject matter, the real standout is the music. The Wild One is thought of as being one of the first rock and roll movies, which it is. But that’s because of its subject matter, not the music. There is literally no rock music heard during the movie. All the music on the soundtrack is jazz. Think about that for a moment: One of the defining “rock and roll movies” has no rock in it at all.

The screenplay was based on a short story by Frank Rooney called Cyclists’ Raid. That story was inspired by overblown media coverage of an American Motorcyclist Association rally in Hollister, California, during the July 4th weekend in 1947. The bottom line was there were way too many bikers and too much drinking and street stunting; things went a bit crazy and out of hand, but not nearly as bad as some magazines and newspapers suggested (look up the July 21st, 1947, issue of Life Magazine if you want to go down a rabbit hole).

In the public’s mind, the Hollister riots, the Cyclists’ Raid, and The Wild One all got conflated together, and “violent motorcycle gangs” became a “problem” that everyone in America was concerned about. It reached the point that The Nation magazine had a young up-and-coming writer named Hunter S. Thompson write about it. And that, ironically enough, likely supercharged real motorcycled gangs into action. A sensationalist story about an out-of-control biker gang eventually leads to real out-of-control bike gangs. You can’t get much more American than that, can you?

Should You Watch The Wild One?

True, The Wild One isn’t a car movie like some of the others we have talked about, but it’s a movie all gearheads can appreciate and enjoy. And it’s still hard, even all these years later, to go wrong with Marlon Brando. As of this writing, The Wild One is available on Amazon Prime for rent or purchase. Amazon also has available hard copies of the movie, including VHS copies.