“There’s an adage in Detroit,” writes author Tom Glatch in The Art of Mopar. “You can sell an old man a young man’s car but you can never sell a young man an old man’s car.”

Glatch describes how Dodge was an old man’s marquee sinking in a sea of youthful baby boomers in the 1960s. Although a vibrant spokeswoman, a brilliant designer, and a powerhouse car would later turn the tides. The 2015 film, A Faster Horse examines what Lee Iacocca and his team were doing across town at Ford with the Mustang, often in secret. A bold, unconventional model was needed if the car business should survive this new era on the horizon.

The muscle car era in the United States is well documented, but it began rather unassumingly. Pontiac Chief Engineer John Z. DeLorean, with Bill Collins and Russ Gee, bolted a 389 ci V8 onto a Tempest chassis prototype for the GTO. It took them 20 minutes. The muscle car era was born. The rest is history.

But history lives on.

Welcome To The Club

Today, the muscle and performance cars adored by baby boomers are finding traction with younger generations. Data from Hagerty shows for the first time ever, more Gen Xers and millennials are seeking classic vehicle values and insurance quotes via the company’s valuation tool. According to Hagerty, Gen Xers and millennials are now outpacing baby boomers and pre-boomers in this area by a 53 to 47 percent margin. Given current trends, millennials, who comprise the nation’s largest generation, will become the hobby’s biggest group within five years.

“This shift was inevitable given the combined size of these generations,” said McKeel Hagerty, CEO of Hagerty. “It’s great to see younger generations are just as crazy about cars as their parents and grandparents. We say ‘welcome to the club.'”

“I’m at the end of the baby boomer generation and I think it’s the same reason we had,” explained Ray Guarino, Co-Host of MotorMouth Radio on WHPC 90.3 FM, Garden City, New York. “It’s the nostalgia; the family ties we had with a car or car brand; and the overall cool factor the cars had at the time.”

While 1960s American iron (read: Mustang, Camaro, Corvette) enjoy a shared popularity among all generations, Hagerty’s data reveals both distinct and interesting differences. For example, the Ford Model A, which replaced the long-standing Model T, is the most popular car for pre-boomers born before 1946. Among millennials, however, the vehicle Edsel Ford himself championed falls to 38th place.

“History has shown that each generation embraces different cars but they also shun certain ones from the past,” Guarino said. “I know when I was a teenager, I didn’t want a Model A or a Packard or a Cord. I mean, those were old guy cars. But today I could see myself cruising in a Packard.”

Trucks and SUVs hold their own with younger enthusiasts especially. The C/K Series Chevrolet pickups of the 1970s and 80s are among the most desirable. Overall, Gen Xers and millennials are 35 percent more likely to opt for a classic truck or SUV versus pre-boomers and boomers.

“Vintage pickups offer a very affordable way into the hobby for a lot of collectors. It makes sense that as you move from older to younger enthusiasts you see pickups move up the list in popularity,” said John Wiley, Valuation Analyst for Hagerty. “Vehicles like the first-generation Ford Bronco stand out because they are very easy to maintain, and are easy to customize for those who like to add their personal touch.”

“I think we could definitely have more conversation on the appeal of vintage trucks,” Guarino added. “You’re starting to see a lot more of them at the auction and during cruise night.”

European and Japanese classics have their appeal too, but like the Model A, they are subject to specific generational tastes. For example, pre-boomers are three times more likely to seek information on British cars than millennials. German cars, however, remain equally popular across generations. Millennials have an appreciation for Japanese cars more so than any other generation.

Wiley says this is because millennials saw more of them on the road than prior generations.

As for why American muscle cars hold an almost universal appeal, the answer might be rather simple. Older muscle cars are powerful, affordable, and easier to work on than more modern vehicles.

“It comes down to the fact they look good and go fast,” Wiley said. “They have also been produced in relatively high numbers which means there are good examples in all budget ranges.”

“I can still work on my Pontiac; take it apart and rebuild it a thousand times and the metal is still good,” Guarino added. “With an autonomous car or an electric vehicle, that technology is new enough that we really haven’t reached the point of repairing them, let alone restoring them. I can see why people lease cars now because it’s getting harder to work on them.” 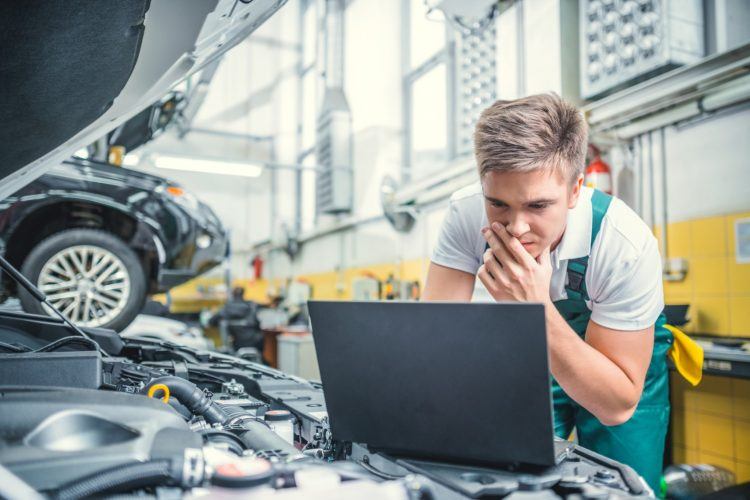 Despite the onset of autonomous vehicles, not every young person is anti-driving. It’s possible the benefits touted by autonomous driving proponents lead to a false conclusion. Somehow, every member of the younger generation now perceives the car as a utilitarian device only. While some studies do show interest in driving is declining, others paint a different picture. Last year, for example, a Hagerty survey found that 78 percent of Gen Xers and 81 percent of millennials are passionate about driving.

Those findings are on par with baby boomers at 79 percent.

“It is important to separate commuting from driving when you are talking about the future of the automotive industry,” Wiley said. “This data proves that enthusiasm for cars and driving is not going to die with the baby boomer generation like some have speculated in the past.”

Some of that speculation further stems from the automotive industry’s evolving ownership models, described by Guarino as “more hands-off.” Although rates are expected to increase this year, leasing remains a popular option for consumers. Automakers like Ford, General Motors, Volvo, and Mercedes-Benz are experimenting with subscription-based ownership methods. The idea is to create an ownership structure that better accommodates the tastes and desires of a new generation.

“We’re always looking to stay ahead of our customers’ needs and wants, as well as to bring new people to the brand,” said Dietmar Exler, President and CEO, MBUSA. “We know there is a market opportunity for people who would like the ability to move in and out of vehicles, depending on what they need or want at a particular point in time, or who don’t want to own a vehicle right now.”

And not owning a vehicle in the traditional sense may explain why younger generations are seeking out classic cars.

“Our data shows that some of the most passionate driving enthusiasts are also the most open to the idea of autonomous driving, ride-sharing services, and even subscription-based ownership models for new cars,” Wiley said. “But, they are equally passionate about making sure they will always have the ability to take a fun car out for a pleasure drive beyond their daily commute. There is a lot more room in the garage and the budget if owning a daily driver isn’t essential.” 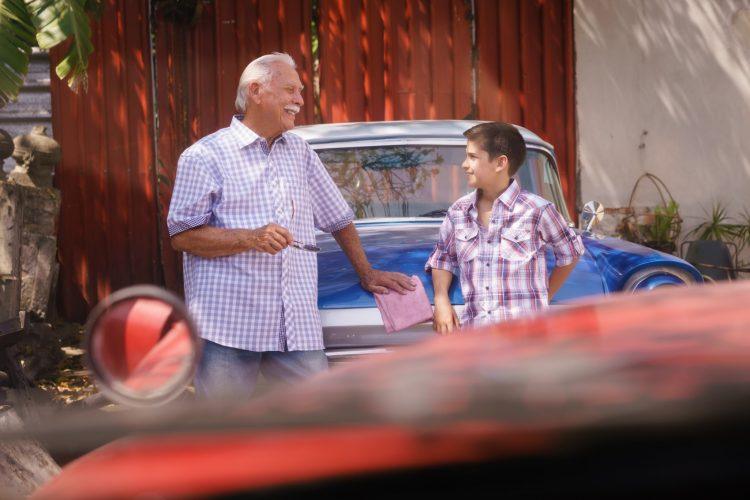 Quality garage time may be another (and perhaps the most substantial) reason why younger generations are taking more of an interest in classic cars. In American culture, there is an ever-present image of a father and son working in the garage. These moments are forever ingrained into American life. Moments where fathers are dispensing advice to their children beyond how to properly care for an automobile. Entire generations have put into motion the ideals they absorbed with their elders in the family garage.

Perhaps in today’s social-media-obsessed, smartphone-driven world, the longing for a classic car is a return to better days? Perhaps younger generations still want to partake in the hobbies and interests of their elders? Many times those interests included automotive pursuits. Maybe it’s about curiosity or wanting to make something that is uniquely their own; in this case, a cool car.

Whatever the reasons, they are as good as any.

“I try to look at everything from the position of where did I come from,” Guarino said. “My friends and I bought clunker cars and built them up and threw different engines in them. We literally built our rides.”