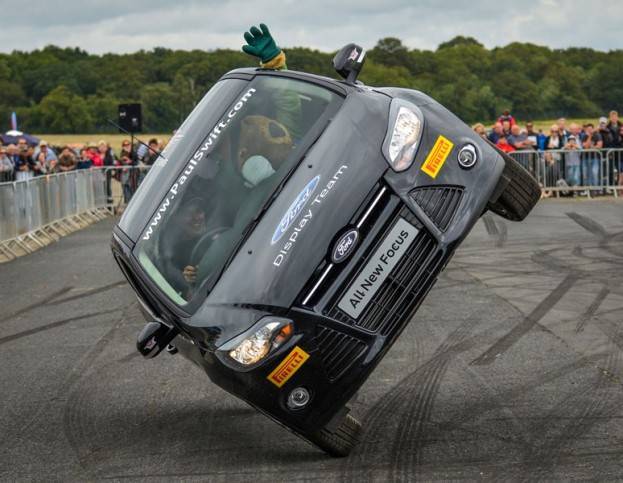 When it comes to car shows and events in the UK, a few may pop into your head pretty quickly. Goodwood, Silverstone, Autosport International…in fact we’ve personally covered Goodwood Festival of Speed for the past couple years as well as Silverstone Classic in 2013, among others.

But there are plenty of lesser-known motoring events in the UK that don’t get as much coverage as they probably should. As part of Cherished Vehicle Insurance’s Guide to Britain’s Classic Events and Drives map, I’ll submit one of my own favorites:

Wings & Wheels. It’s an annual event held at Dunsfold Aerodrome in Surrey, England, which some of you may recognize as the location for the famous Top Gear test track and studio. It’s also been in quite a few films like Casino Royale and The da Vinci Code. Wings & Wheels have been around since 2005 and up to 2013 they’ve helped raise over £280,000 (about $430,000) for charities including Brooklands Museum and Help for Heroes. In 2014, a record 40,000 people came to the event, which was their 10th year. 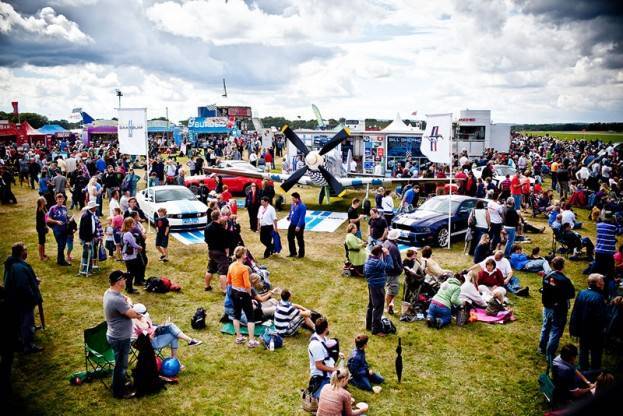 It’s a proper family event, too – in addition to the 5 hour air show and 2 hour motoring show, they have a stunt zone, which of course includes airtime and fire and other cool stuff, a kid’s zone with games, simulators and a play area, a military zone and parade with tours of aircraft, and of course hundreds of cool cars to gawk at and watch on parade. Naturally there’s loads of food, merch, a fairground area, and live music.

While I realize this isn’t a proper car or motorsports enthusiast’s dream like Goodwood or Le Mans, it’s a good fun day or two out, and a great excuse to check both “family day” and “car show” off the list in one event. Hopefully I’ll be around to attend next year’s event, and if I am, rest assured I’ll have plenty of coverage of it here.

Check out many more pics of Wings & Wheels below:

All photos from W&W.